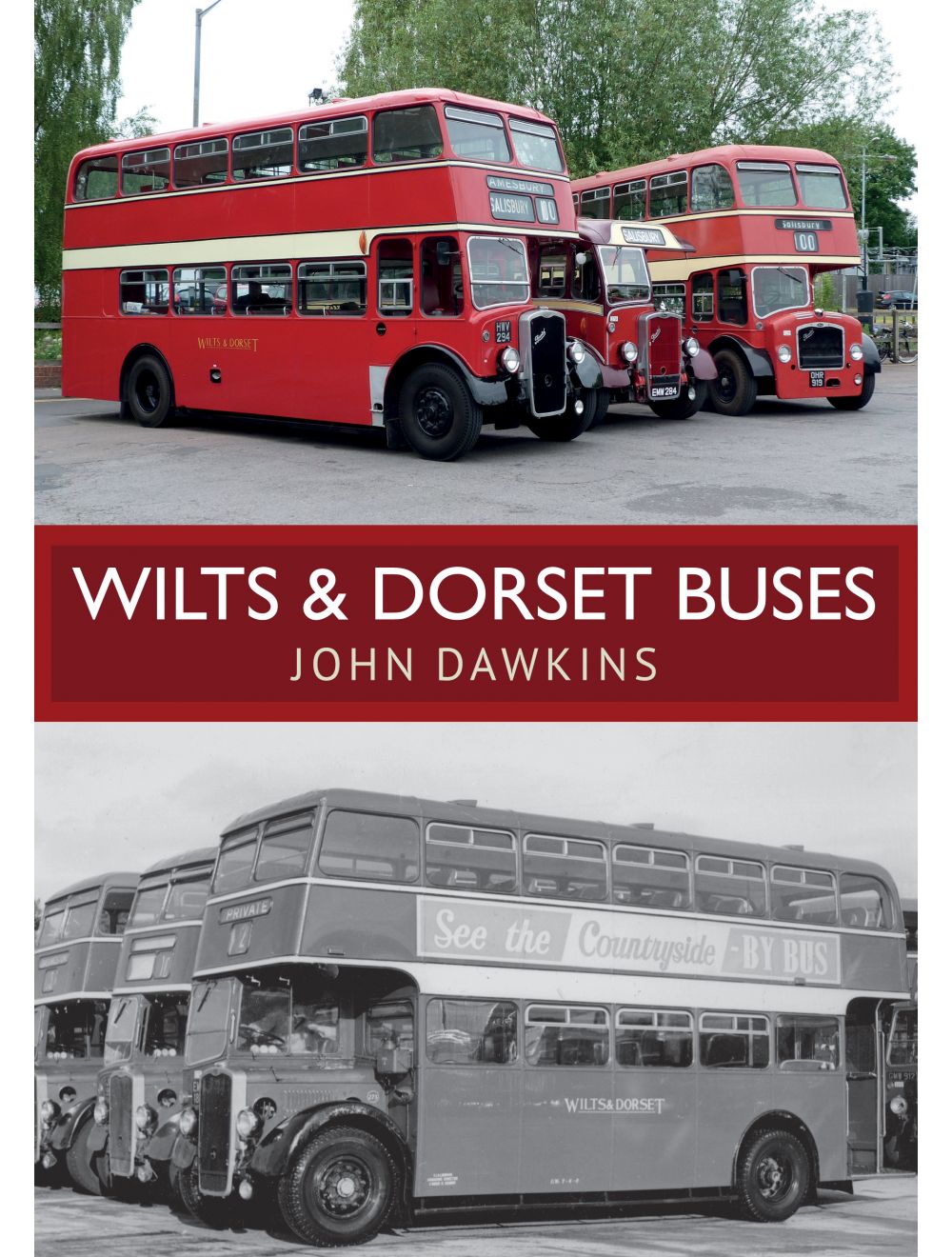 Be the first to review this product
Explore a wonderful collection of rare and nostalgic photographs of the Wilts and Dorset bus company.
Regular Price £15.99 Online Price: £14.39
Availability: In stock
ISBN
9781445673448
Add to Wish List
Details
The city of Salisbury, Wiltshire, is renowned for its magnificent cathedral, whose spire is the tallest in England. But it was also served by a fascinating fleet of buses, operated for many decades by Wilts & Dorset Motor Services.

Local resident Derek J. Dawkins became very familiar with these buses, particularly as his father owned a haulage business in the city and had passed on his love of anything transport related. Derek was a keen amateur photographer and his camera captured many images of Salisbury’s buses, right through the ‘Tilling red’ years. This book focuses on Wilts & Dorset, which was the largest operator in the area, and includes images collected in the 1950s and ’60s from transport photographers of that era.

Prior to the formation of the National Bus Company in 1969, Wilts & Dorset standardised on ECW-bodied Bristol vehicles, but the earlier years saw buses from most of the major manufacturers in service, including Leyland, AEC and Daimler. Derek Dawkins was keen to document as many of these as possible, including some locally rebuilt oddities. Fortunately he added informative notes to his photographs and these have formed the basis of the photo captions in this book. Derek’s son John, the author of this book, has inherited both the photo collection and a love of buses.
Reviews
Write Your Own Review
Only registered users can write reviews. Please Sign in or create an account