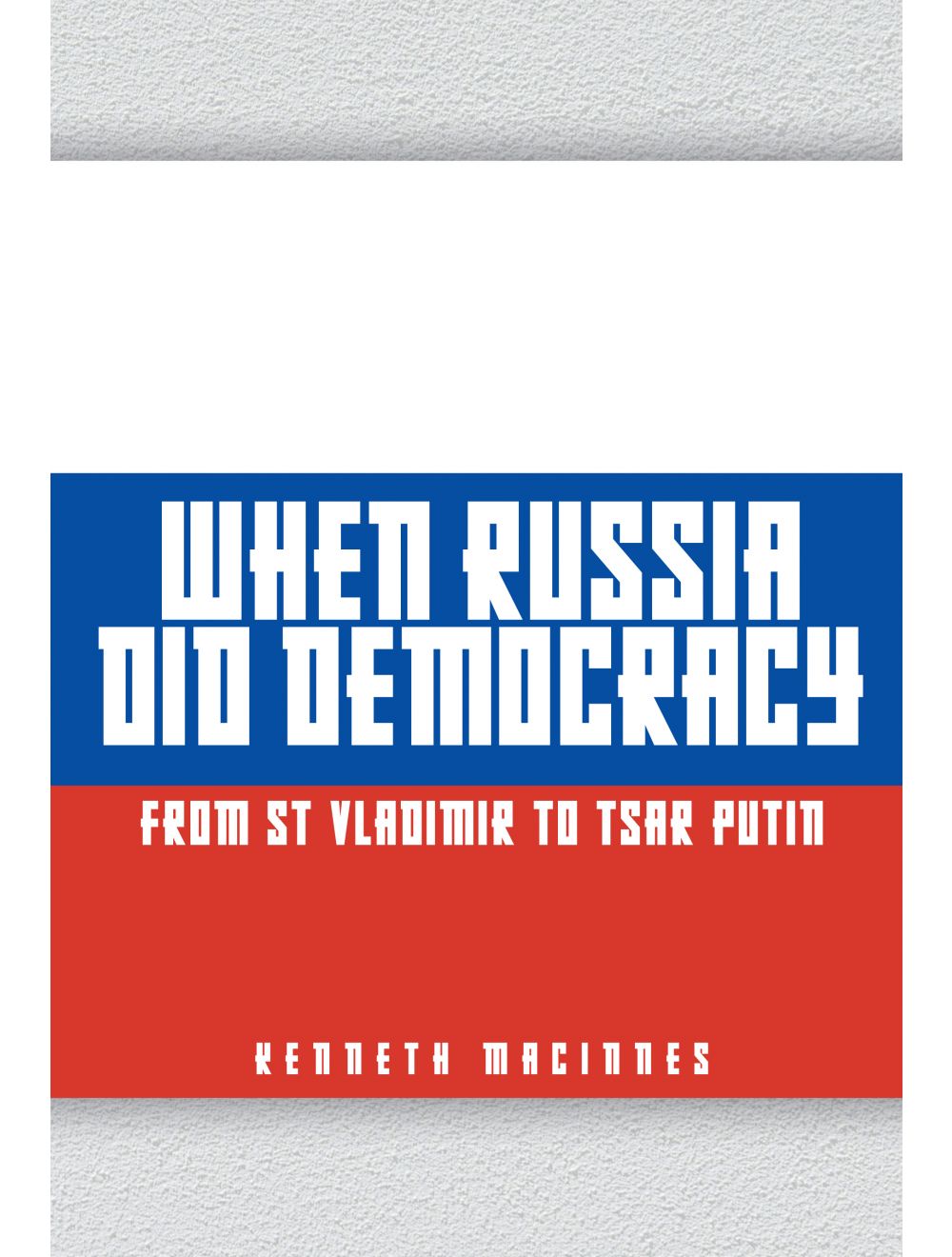 When Russia Did Democracy

From St Vladimir to Tsar Putin

Be the first to review this product
Between the end of the Soviet Union in 1991 and the new millennium, Russia went through a unique moment – genuine democracy. In this fascinating and absorbing book, Kenneth MacInnes explores not just the 1990s – when he lived and worked in Russia – but the entire history of Russian democracy, from the earliest days right up to President Putin.
Regular Price £22.99 Online Price: £20.69
Availability: Out of stock
ISBN
9781398105447
Add to Wish List
Details

When Lenin and the Bolsheviks shut down the Constituent Assembly after only one session, it was said to mark the end of Russia’s one-day experiment with democracy. However, with the fall of the Soviet Union in 1991, a true period of democracy was ushered in – creating a strange world scarcely believable when viewed from the era of Vladimir Putin.

A fascinated witness of Russian politics, Kenneth MacInnes lived in the country through this unique and exciting era. His book not only chronicles this ten-year period, but also reveals all the other times in history when Russia led the world in democratic freedoms and popular representation.

During the Middle Ages, the republic of Novgorod was the world’s largest democracy. The national parliament established by Ivan the Terrible elected tsars, while the Russian Empire was the first place in Europe where women voted in local and national elections. In 1917, the Provisional Government passed the freest electoral law ever written.

This book covers everything from the popular democratic struggles of 1612 and 1991 to the local ‘republics’ set up during wars, revolutions and foreign invasions. It describes how Lenin and Stalin stood in democratic elections, the day Yeltsin’s tanks bombed parliament, the history of ‘Western interference’ in Russian polls – and why Putin has such a deep aversion to free ballots.