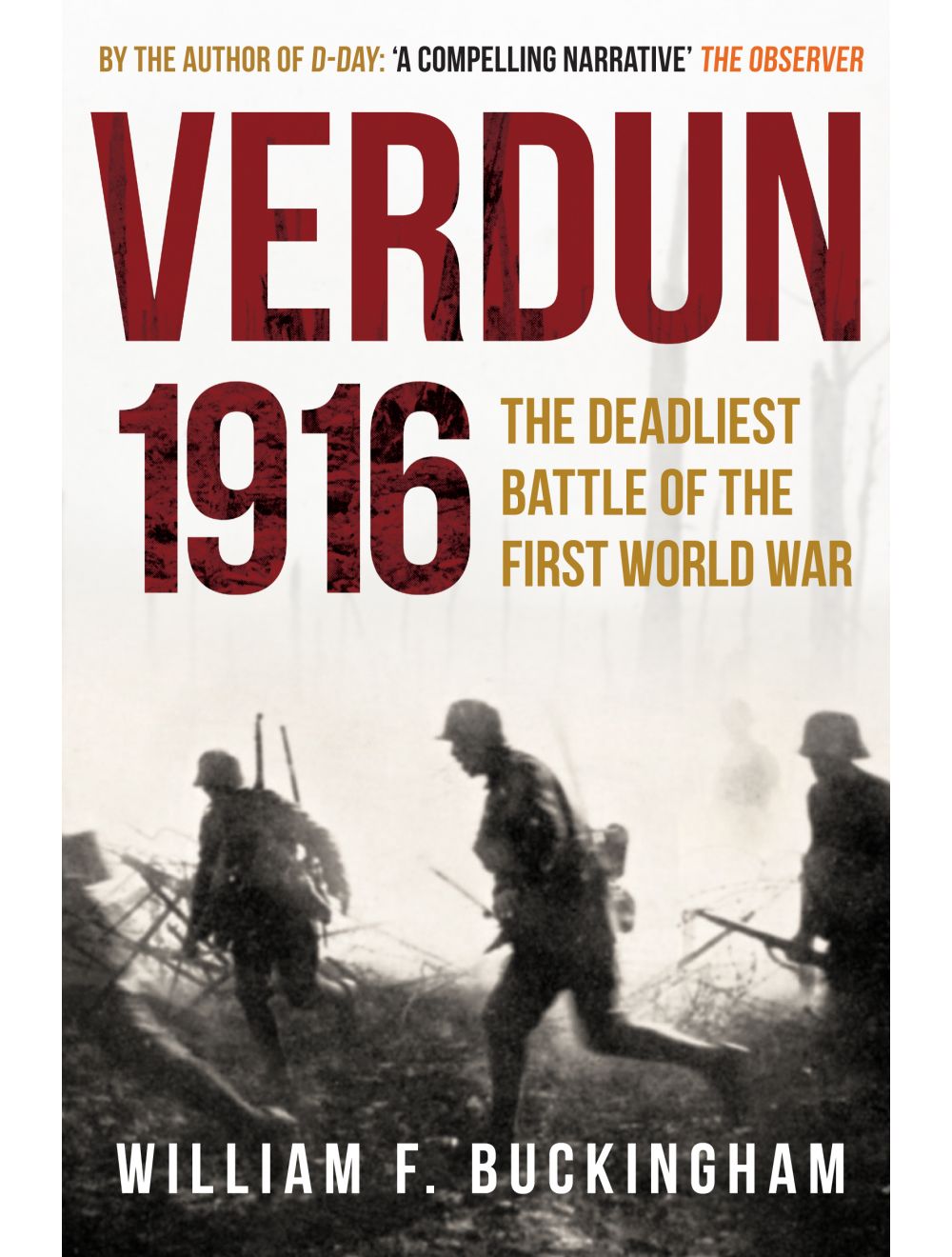 The Deadliest Battle of the First World War

Be the first to review this product
A gripping narrative of the most infamous Western Front battle of the war. The British remember the Somme, Russia the Brusilov Offensive, and France and Germany remember Verdun.
Regular Price £9.99 Online Price: £8.99
Availability: In stock
ISBN
9781445677224
Add to Wish List
Details
Fought on the heights above the garrison town of the same name on the River Meuse, 140 miles east of Paris, the Battle of Verdun lasted for ten months, between February and December 1916, double the length of the Battle of the Somme and over three times the length of the Battle of Passchendaele. Conceived by the Germans as a means of destroying the French army through attrition rather than breakthrough and encirclement, the battle cost 300,000 lives.

Massed artillery was employed on a hitherto unprecedented scale; the initial bombardment lasted for nine hours and saw 80,000 shells fall on the French trench line, while on the ground the initial attack saw the combat debut of storm-troop tactics and the man-pack flamethrower. As the battle raged the combatants endured heat and thirst akin to desert conditions together with bottomless mud as bad as at Passchendaele. In addition, fixed defences like the forts of Douaumont and Vaux sparked hellish underground fighting in subterranean pitch darkness that occurred nowhere else on the Western Front.

The result was almost 200 square kilometres of ground that had been blasted, ploughed and poisoned into a wasteland by explosives and gas, so much so that the post-war French authorities were unable to return it to its former agricultural use and simply left it to the elements.
Reviews
Write Your Own Review
Only registered users can write reviews. Please Sign in or create an account