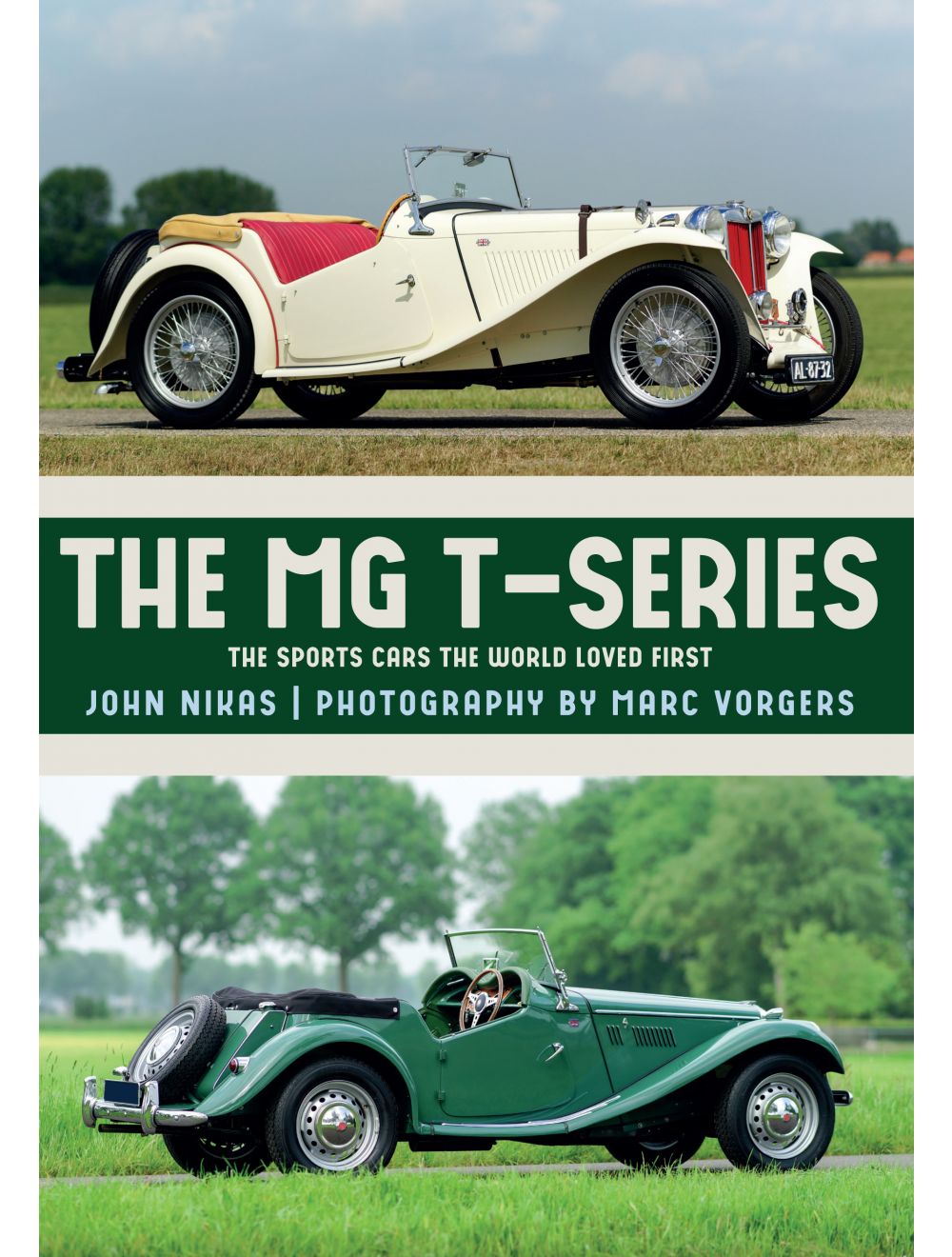 The book covers the technical developments such as the introduction of synchromesh gearing and hydraulic brakes as well as new engines. Due to the post-war popularity of the cars in the United States after American GIs shipped examples back from Britain, modifications were made for US editions. Soon celebrities such as Clark Gable were driving them.

The author also describes the competing interests within the BMC group as other sports cars such as the Triumph TR2 and Austin Healey 100 were also developed. As this book shows, however, whatever the competition, the MG T-Series were always a class apart.
Reviews
Write Your Own Review
Only registered users can write reviews. Please Sign in or create an account