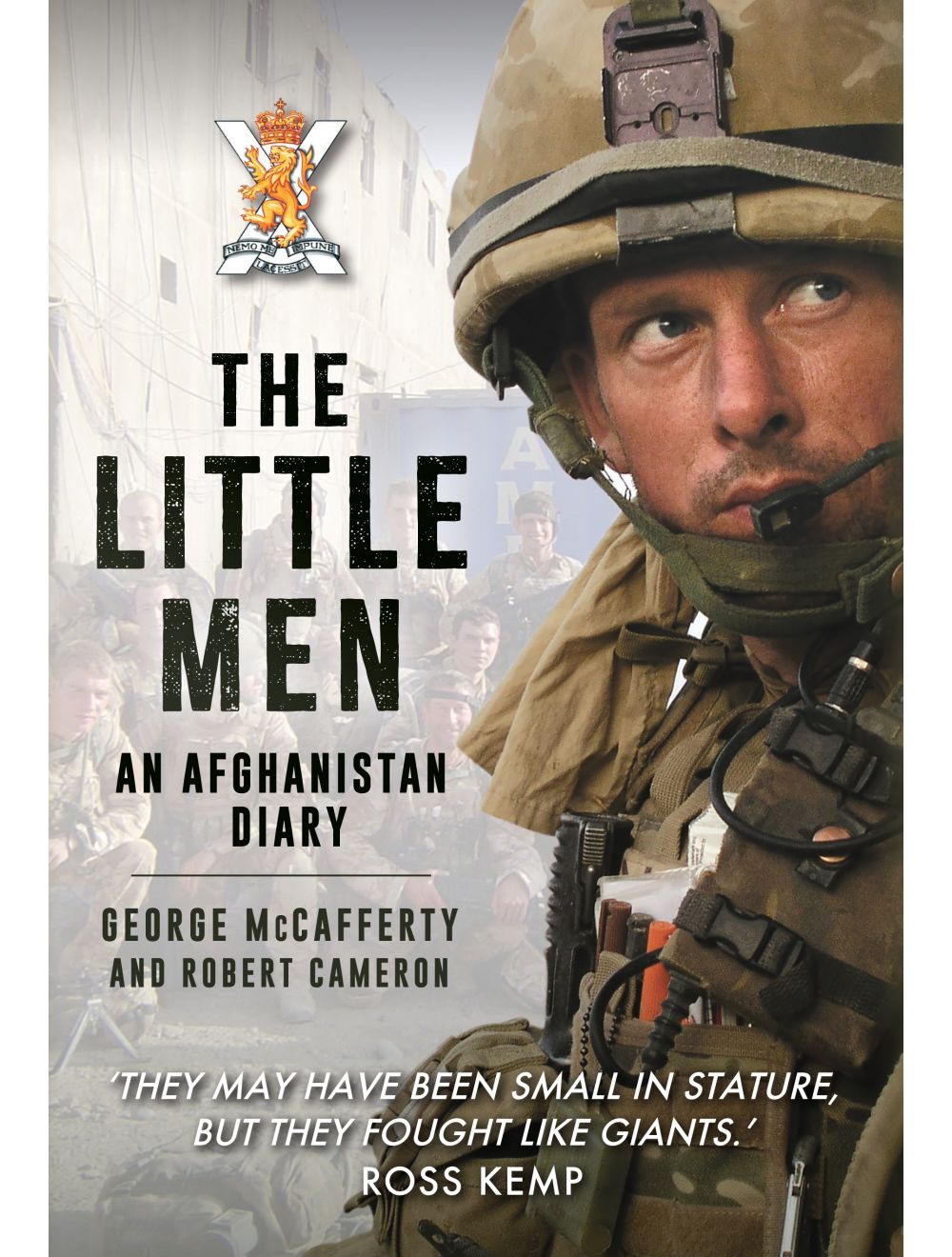 Why the Industrial Revolution Happened in Britain

Be the first to review this product
'The Little Men' tells the real story of Operation Herrick, unvarnished, from the point of view not of Generals or politicians, but the poor bloody infantry.
Regular Price £22.99 Online Price: £20.69
Availability: Out of stock
ISBN
9781398114036
Add to Wish List
Details

'I was in Musa Qala for a month with the brave men of 5 Scots. Most of that time was spent on the front line fighting the Taliban. On average, we would get eight contacts before 8 o’clock in the morning. They referred to 5 Scots as the Little Men. They may have been small in stature, but they fought like giants.' Ross Kemp

Helmand Province in Afghanistan in 2008 was the most dangerous place on earth. George McCafferty of Delta Company led 12 Platoon through the fighting season. For some of that period Ross Kemp went out with the Platoon to film and report for Sky News.

'“Ross, What’s wrong with this picture?” I asked him, he knotted his eyebrows and looked around.

“No civvies!” he exclaimed. He was absolutely right, not only were there no visible signs of life but there was also no noise, no call to prayer.'

'The Little Men' tells the real story of Operation Herrick, unvarnished, from the point of view not of Generals or politicians, but the poor bloody infantry. It is full of details that only such a source can provide: 'I looked at Scotty McGregor, my little Gimpy gunner. He was five foot nothing and if he rested the butt of the 7.62mm machine gun on the floor, the gun was nearly as tall as he was. In his patrol pack he carried eight hundred rounds of 7.62mm ammo and a spare barrel. I had chosen him as a Gimpy gunner as he was the best man for the job. He didn’t go crazy with his bursts and was always aware of his fall of shot, so he never came close to running out of ammo.'

Courage, loyalty to one another, sacrifice. Was it all worth it? That's still to be determined - but whatever the answer, the effort should never be forgotten.