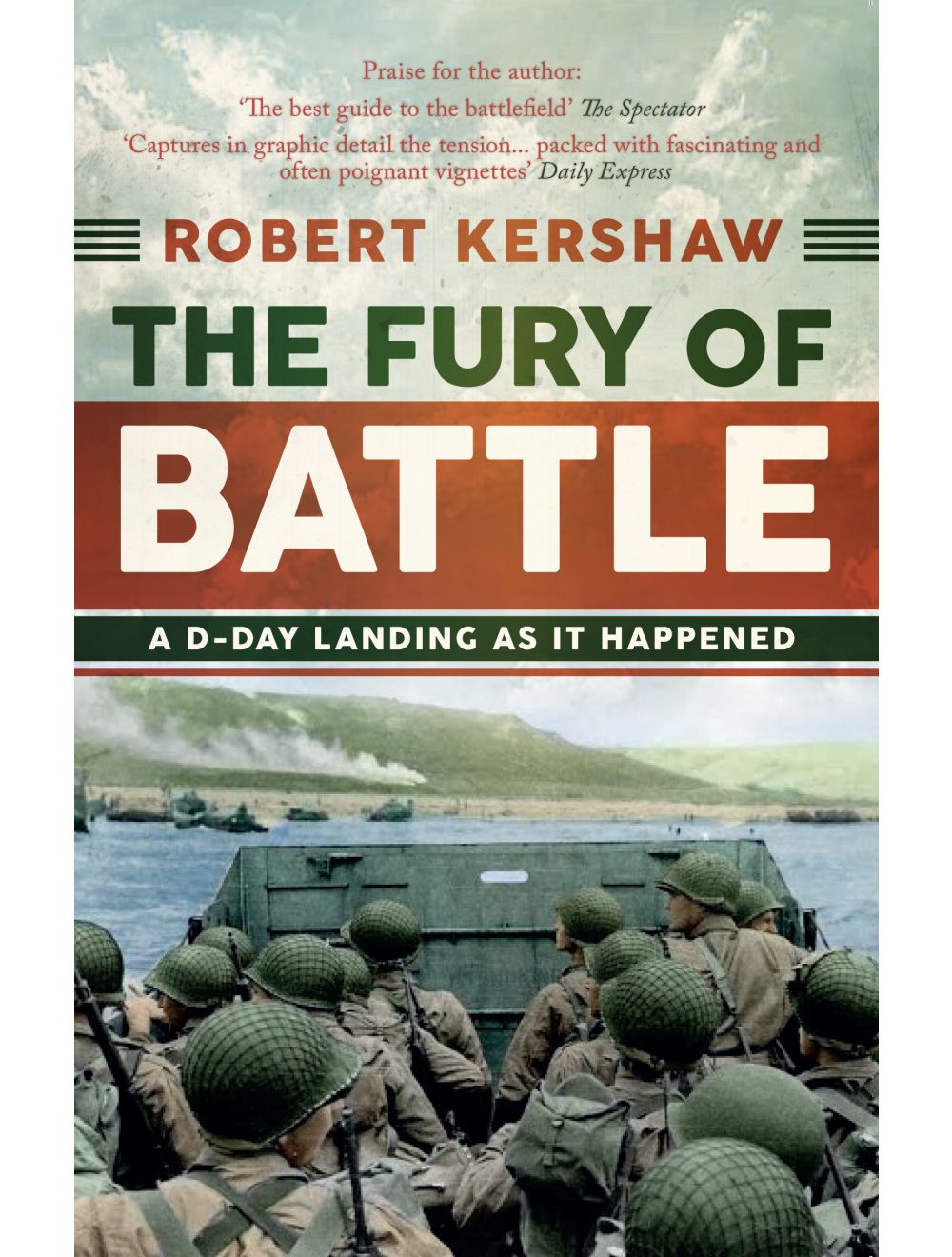 The Fury of Battle

A D-Day Landing As It Happened

Be the first to review this product
New B-format paperback edition. A unique description of what the D-Day landings were like, combining the detail of Antony Beevor with the human insights of Stephen Ambrose, including the experiences of French and Germans in the fighting.
Regular Price £10.99 Online Price: £9.89
Availability: In stock
ISBN
9781445699165
Add to Wish List
Details

Before the war, Normandy’s Plage d’Or coast was best known for its sleepy villages and holiday destinations. Early in 1944, Field Marshal Erwin Rommel took one look at the gentle, sloping sands and announced ‘They will come here!’ He was referring to Omaha Beach ‒ the primary American D-Day landing site. The beach was subsequently transformed into three miles of lethal, bunker-protected arcs of fire, with chalets converted into concrete strongpoints, fringed by layers of barbed wire and mines. The Germans called it ‘the Devil’s Garden’.

When Company A of the US 116th Regiment landed on Omaha Beach on 6 June 1944, it lost 96% of its effective strength. This was the beginning of the historic day that The Fury of Battle narrates hour by hour ‒ from midnight to midnight ‒ tracking German and American soldiers fighting across the beachhead.

Two and a half hours in, General Bradley, commanding the landings aboard USS Augusta, had to decide whether to proceed or evacuate. On 6 June there were well over 2,400 casualties on Omaha Beach – easily D-Day’s highest death toll.

The Wehrmacht thought they had bludgeoned the Americans into bloody submission, yet by mid-afternoon the troops were ashore. Why were the casualties so grim, and how could the Germans have failed? Robert Kershaw draws on American troops’ eyewitness accounts together with letters and post-combat reports to expose the horrors of Omaha Beach. He also cites the experiences of the Germans and of French civilians.

These are stories of humanity, resilience, and dark humour; of comradeship holding beleaguered men together during an amphibious landing that looked as though it might never succeed.