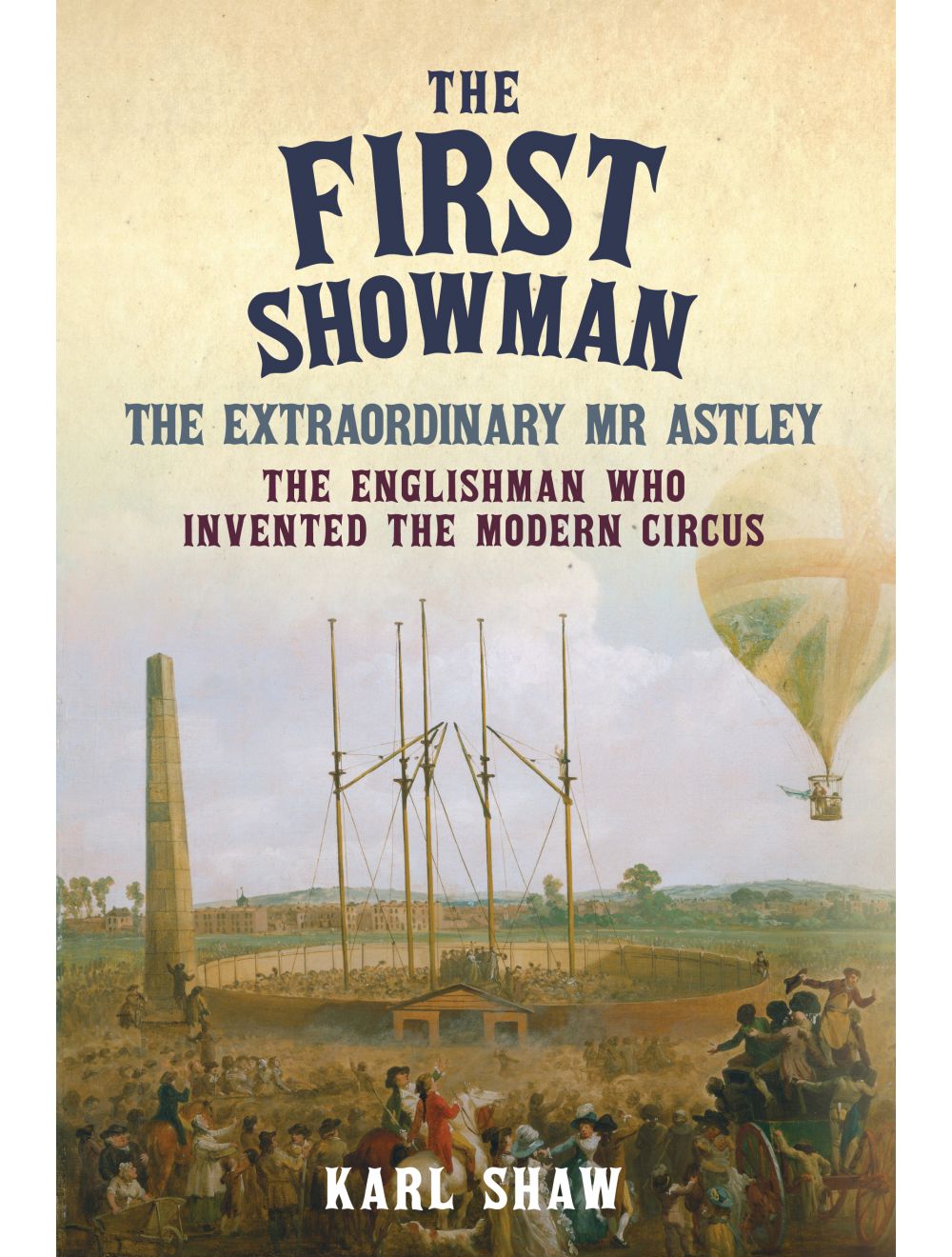 The Roman Empire in 100 Haikus

The Extraordinary Mr Astley, The Englishman Who Invented the Modern Circus

Be the first to review this product
Before 'the greatest showman' P.T. Barnham there was Philip Astley, a British man who completely changed popular entertainment. This is his extraordinary story.
RRP: £20.00 Online Price £18.00
Availability: In stock
ISBN
9781445695495
Add to Wish List
Details
Before ‘the greatest showman’, P. T. Barnum, there was Philip Astley, an Englishman who revolutionised popular entertainment. This is his extraordinary story.

The First Showman is a hugely entertaining history of the man who created the modern circus: Philip Astley. There have been many books about aspects of the circus but little written about its inventor. Here, New York Times bestselling author Karl Shaw draws on original research to tell the story of Britain’s Barnum. He brilliantly evokes the time, the place, the drama, pitfalls, successes, characters and passion behind Astley’s rise to fame. Born in Newcastle-under-Lyme, ‘Mr Astley’ is also a local hero for the author, who now lives there.

Astley served as a sergeant major in the British Army where he learned his horse-riding skills, before becoming a brilliant innovator of equestrian tricks and spectacles. In April 1768 Astley staked out a ring at Halfpenny Hatch near Waterloo in London and he and his wife Patty put on displays of trick horse-riding in the open air. Two years later, he put a clown in the ring and gave birth to the modern circus. His circus performers included a strongman called Signor Colpi and a clown called Mr Merryman. He established the still-standard diameter of the circus ring, 42 feet. He was invited to perform before European royalty and built France’s first purpose-built circus building, the Amphitheatre Anglais, in Paris. Almost incredibly, he built circuses in twenty European cities.

At home, Astley’s Amphitheatre was mentioned in books by Charles Dickens and Jane Austen. He died on 20 October 1814 and was buried in Pere Lachaise Cemetery, Paris. His life is a wonderful story of perseverance and flair on the way to achieving everlasting renown.
Reviews
Write Your Own Review
Only registered users can write reviews. Please Sign in or create an account