To Meet in Hell

Be the first to review this product
A fascinating exploration of the magnificent bridges crossing the River Thames from source to estuary.
Regular Price £15.99 Online Price: £14.39
Availability: In stock
ISBN
9781398109605
Add to Wish List
Details

From a low road bridge crossing the Fosse Way near Trewsbury Mead to the towering Queen Elizabeth Bridge linking Kent to Essex, the River Thames is crossed by over 200 bridges, some simple wooden or stonework structures, others magnificent architectural constructions.

Stretching across the southern counties of England, starting as a trickle in a Gloucestershire meadow to the vast expanse of tidal water leading into the North Sea, the course of the River Thames defined local kingdoms, tribal lands and later the counties situated to the north and south of the river.

Throughout this time, although London Bridge was the first permanent structure to traverse the river in London, other bridges crossed the Thames further upstream, first simple structures erected for moving livestock and carts from one field to another, where the waterway dividing farmland and pasture was too wide or too strong to cross by fording, then new building techniques made it possible for carpenters and stonemasons to construct permanent structures to link communities, hamlets, villages and towns.

Of the 200 bridges many have fascinating stories to tell, of their construction and historical events which surround them, from prehistory and Roman times up to the twenty-first century. In this book author David C. Ramzan explores the economic and social history of these Thames bridges, some unassuming, but no less important, while others are unique in design and construction. 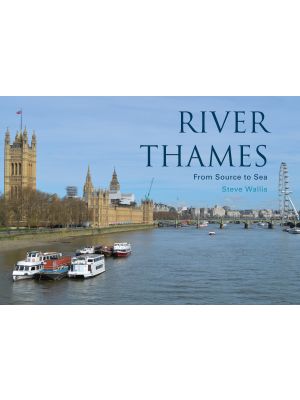