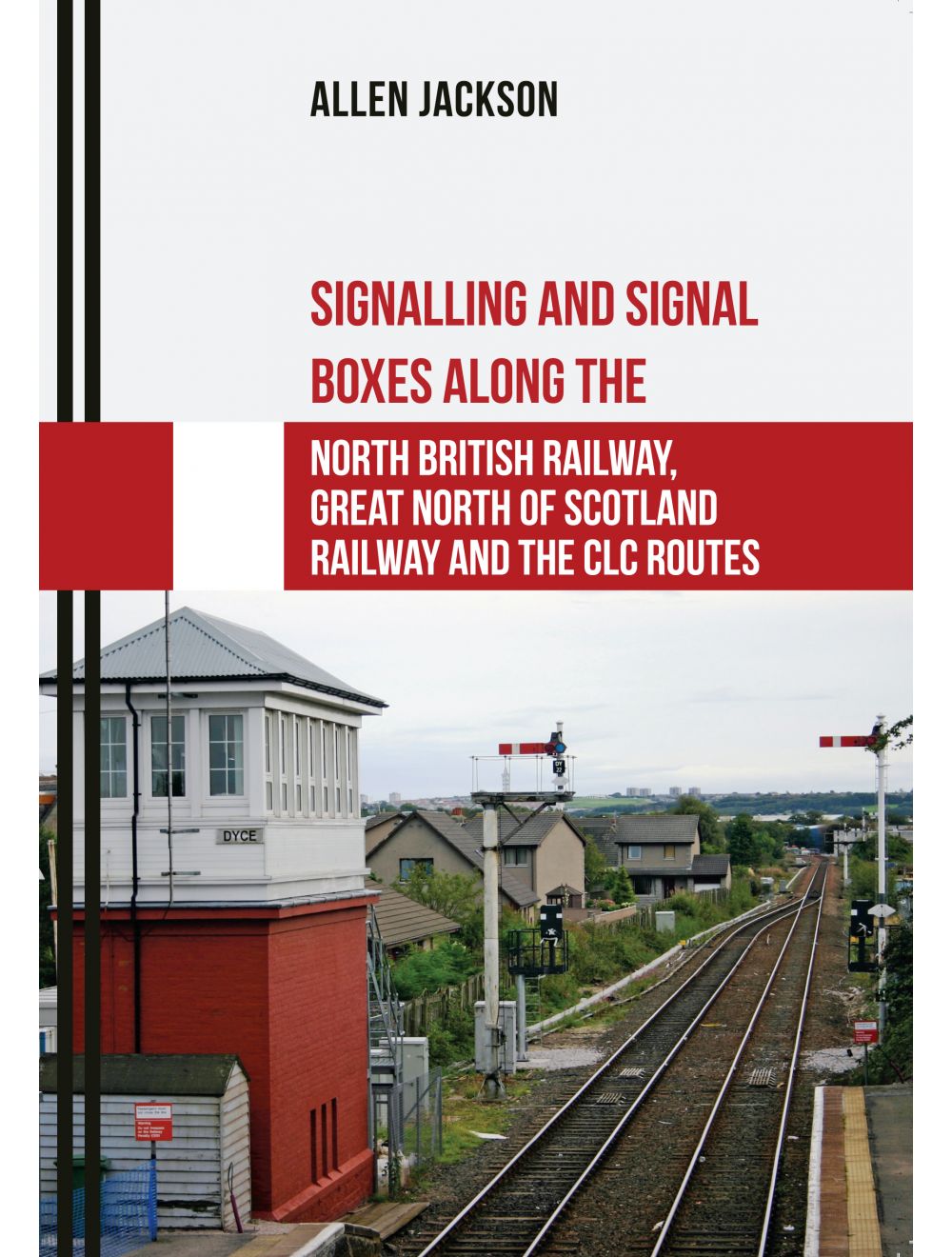 Signalling and Signal Boxes along the North British Railway, Great North of Scotland Railway and the CLC Routes

Be the first to review this product
Allen Jackson explores signalling along the North British, Great North of Scotland and CLC railways, formerly part of the LNER.
Regular Price £14.99 Online Price: £13.49
Availability: In stock
ISBN
9781445667683
Add to Wish List
Details
Continuing here with the North British Railway, Great North of Scotland Railway and the Cheshire Line Committee (CLC), Allen Jackson uses a range of previously unpublished photographs to evocatively demonstrate the story of signalling in the principal constituents of the LNER over the course of several volumes.

The North British Railway took The Flying Scotsman’s baton proudly to Edinburgh Waverley station and generally up the east coast of Scotland on a joint line to Aberdeen. As Edinburgh has been extensively modernised, not much of the NBR has survived, although the West Highland Railway still retains its unique flavour.

The Great North of Scotland Railway joined up Aberdeen with the town of Elgin and although it too suffered from branch line closures, there is enough still there to record its proud individuality.

The Cheshire Line Committee (CLC) was an unusual railway undertaking in that they had no locomotives of their own, but used those from one of its constituents, the Great Central. Duplication of routes followed by BR network culling means that consequently the CLC is a shadow of its former self and little mechanical signalling survives.

Due to ongoing or completed signalling modernisation in the major centres, the book therefore follows mainly secondary and branch lines as these still tend to operate mechanical signalling, being summarily divided up into journeys where that is possible or desirable.
Reviews
Write Your Own Review
Only registered users can write reviews. Please Sign in or create an account