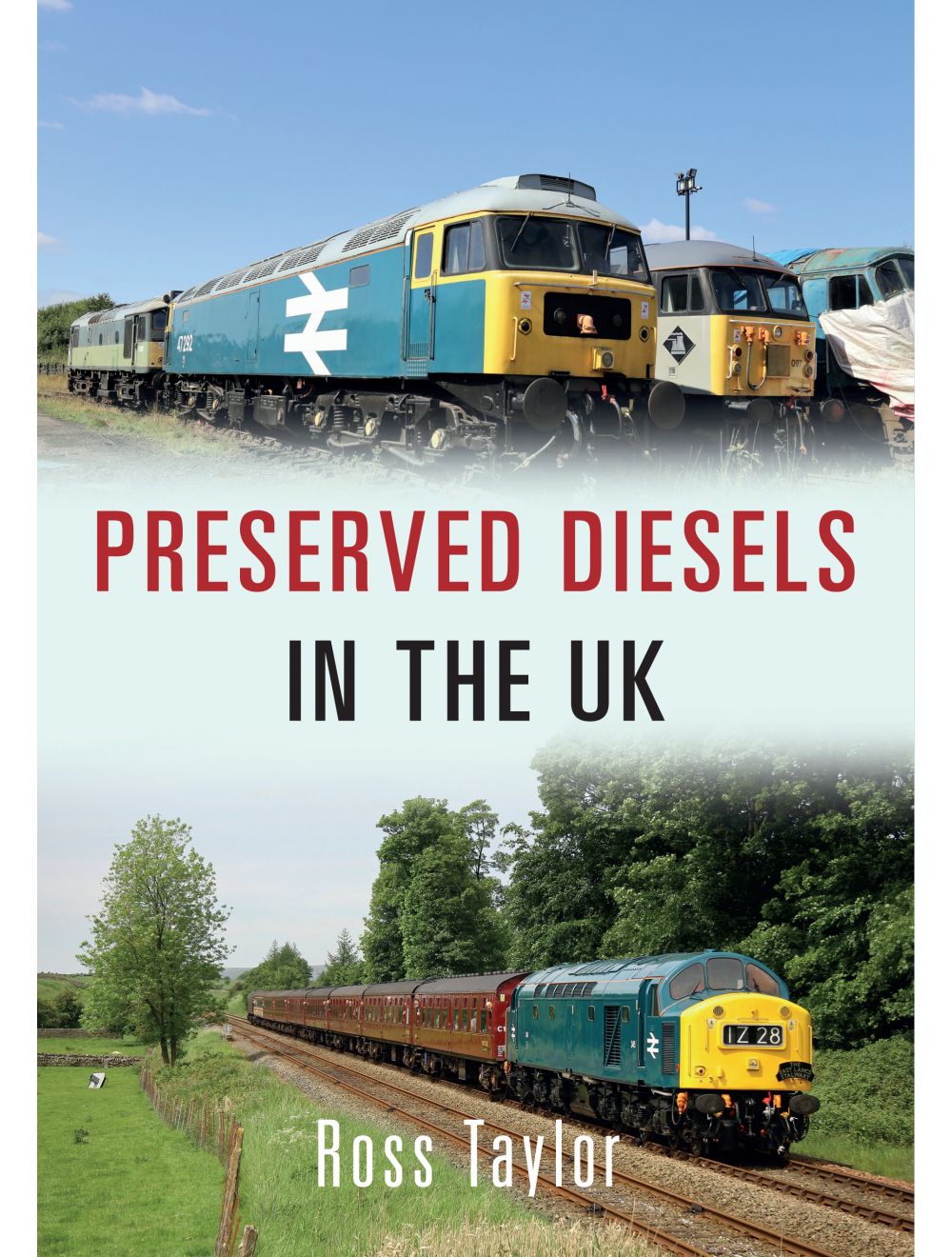 Preserved Diesels in the UK

Be the first to review this product
Explores the preserved diesel locomotives of the UK.
Regular Price £14.99 Online Price: £13.49
Availability: In stock
ISBN
9781445652795
Add to Wish List
Details
Today, most British Rail diesel locomotive types are represented in preservation, though some classes are much more prolific than others (in particular the more recently withdrawn). Sadly, several early types were lost completely as they were withdrawn around the same time as steam traction finished on British Railways, a time when most enthusiasts had no interest in saving diesels. As a result, no North British locos survive, and of several other types there is just one survivor, for example Classes 15 and 28, both of which are under restoration. A number of types have also now spent longer in preservation than mainline service, such as the hydraulic classes and the famous Class 55 Deltics.

There is a large number of heritage railways running diesel locomotives today, some hosting special events bringing together several classes and operating intensive services, others using them to supplement steam traction, and many have locos under restoration for future use.

Using his fantastic collection of photographs, Ross Taylor displays the surviving examples of a wide range of classes, including (TOPS classifications) 14, 20, 24, 25, 26, 27, 31, 33, 35, 37, 40, 42, 44-47, 50, 52, 55, 56, and 58. The sole surviving prototype HST power car is included as it was initially regarded as a Class 41 locomotive before the whole train became known as Class 252. The Class 73 electro-diesel is also shown, but none of the Class 74 version survives. These locomotives are now based at many different heritage railways, and are showcased in this informative and fully illustrated book.
Reviews
Write Your Own Review
Only registered users can write reviews. Please Sign in or create an account