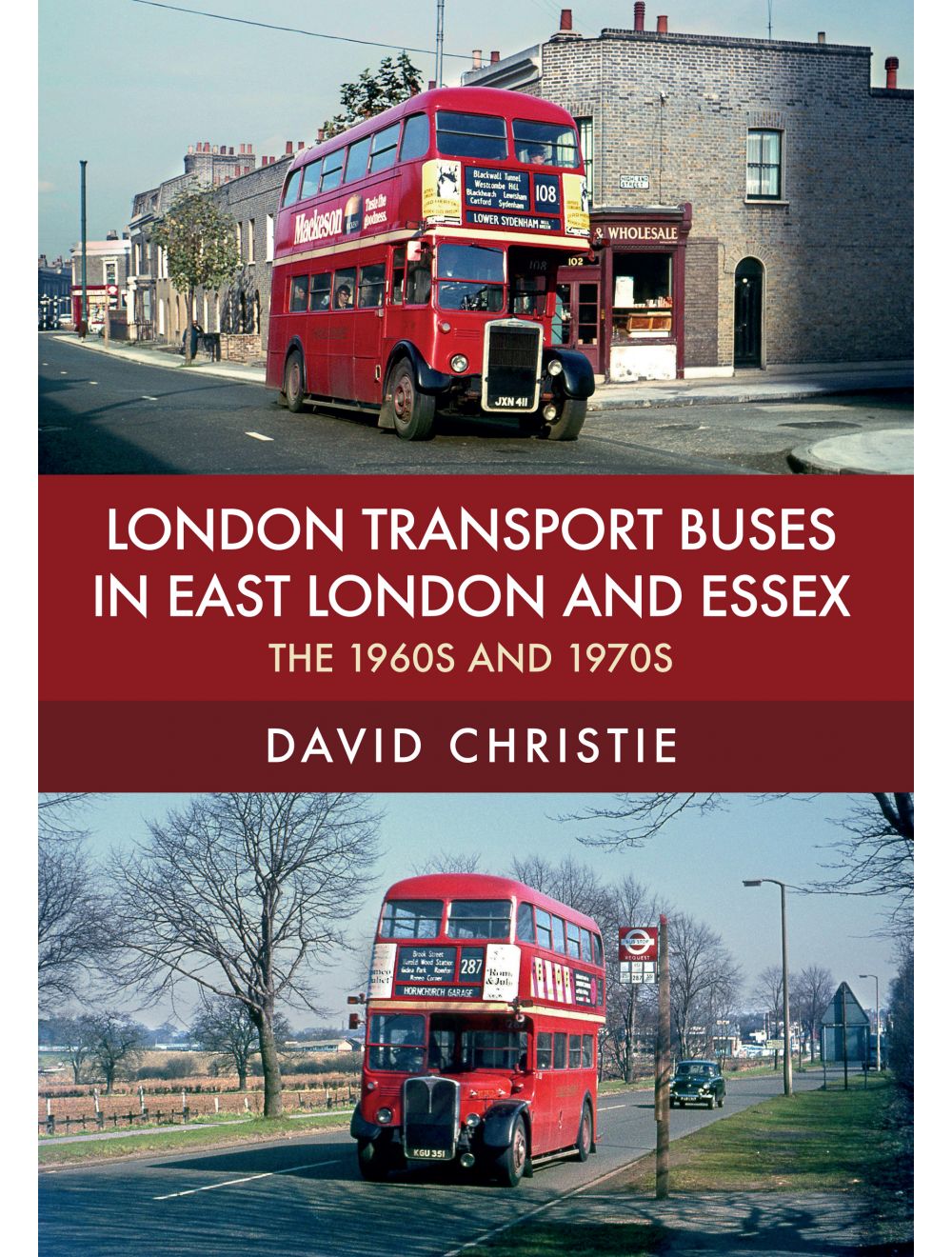 Be the first to review this product
David Christie offers a range of superb images of London Transport buses in the eastern part of London.
Regular Price £15.99 Online Price: £14.39
Availability: In stock
ISBN
9781445668000
Add to Wish List
Details
Starting at London City’s eastern terminus, Aldgate, this book begins with the red central bus routes radiating out to Essex, featured together with the Green Line coach services. Hackney, Clapton, Poplar, Bow and Stratford make up East London proper, with Barking, Ilford and Chadwell Heath forming the second ‘wave’. We then come into Essex with Romford, Hainault and then up to Epping. Hornchurch, Rainham and Gidea Park follow, with the outer limits at Upminster and Brentwood.

Born in Romford, Essex, in 1943, David Christie started colour photography of railways in 1962 to capture the last days of steam. It wasn’t until 1967 that he realised that he should be doing likewise for his local buses and in particular his favourite – the London RT. So began several years of recording not only local routes, but also those of East London.

Primarily featuring images from the late 1960s and early 1970s, the author offers a fascinating view of a golden age of transport in and around the capital, with a variety of buses on show.
Reviews
Write Your Own Review
Only registered users can write reviews. Please Sign in or create an account