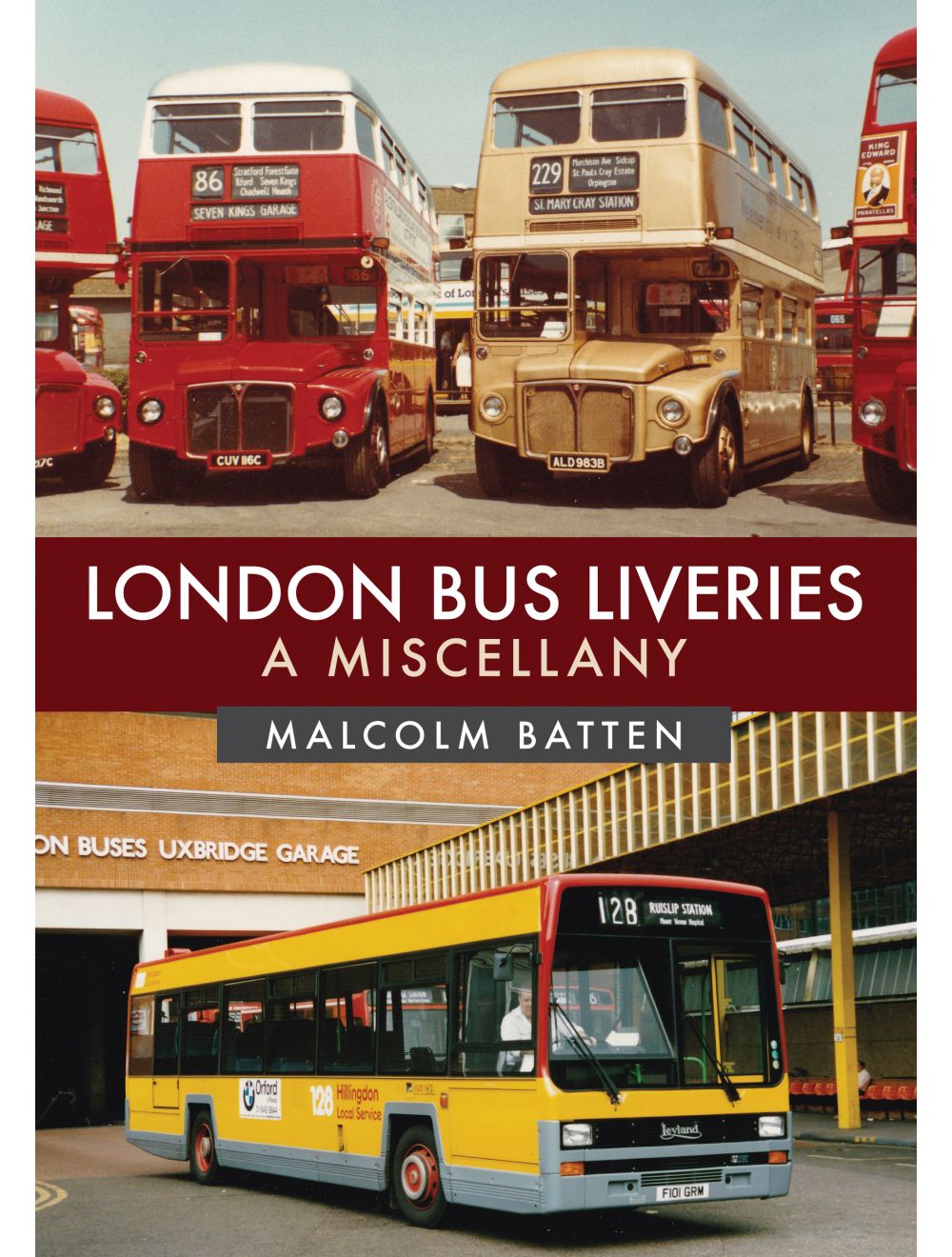 Rating:
100% of 100
1  Review Add Your Review
Malcolm Batten explores the variety of variant liveries carried by the buses of London Transport and its successors since 1969.
Regular Price £14.99 Online Price: £13.49
Availability: In stock
ISBN
9781445690650
Add to Wish List
Details
London buses are red and have been for over a hundred years. The livery was introduced by London General and was continued by London Transport on its formation in 1933, and then perpetuated in principal by its successors, including after privatisation.

When route tendering was introduced in 1985, new operators awarded contracts were initially allowed to use their own liveries. London Buses set up some low-cost units to compete for tenders, and some of these adopted differing liveries. But from 1994, 80 per cent red livery was specified for routes entering central London. This was subsequently tightened to cover all routes and to become overall red, with only the fleetname to differentiate companies.

However, there have been several exceptions to the rule. Some routes have featured vehicles with special promotional lettering or liveries. Vehicles have appeared in commemorative liveries for royal and anniversary occasions. Vehicles used on contracts or long-term rail replacement services have also carried special liveries specified by the contractor. Also, vehicles used for driver training or for private hire and tours rather than bus routes have been given separate liveries. Many other vehicles have carried commercial advertising liveries since 1969.

This book explores the variety of variant liveries carried by the buses of London Transport and its successors since 1969.
Reviews 1
Write Your Own Review
Only registered users can write reviews. Please Sign in or create an account