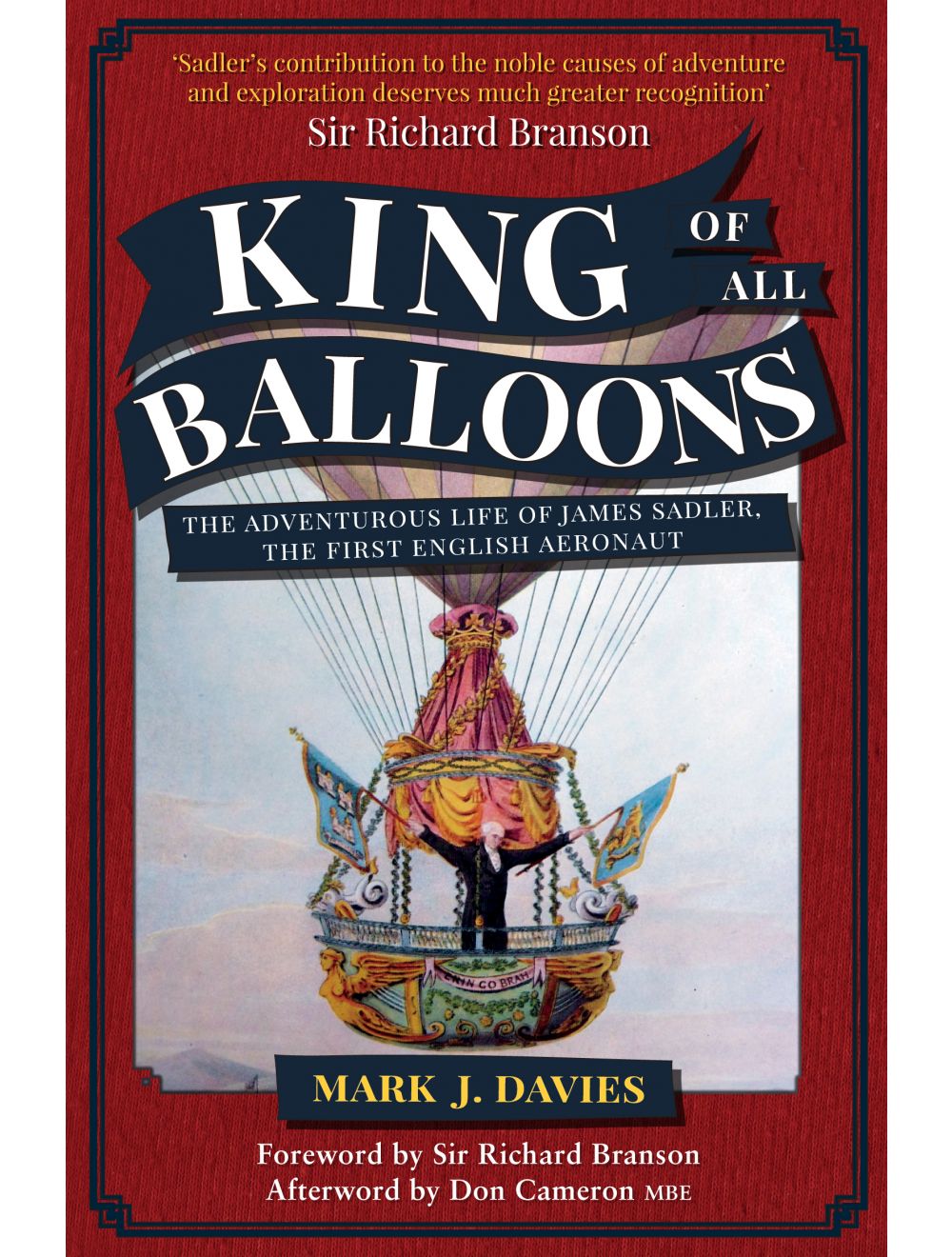 The Adventurous Life of James Sadler, The First English Aeronaut

Be the first to review this product
The fascinating world of the first Englishman to fly is a true homage to our national desire to reach for the skies.
Regular Price £9.99 Online Price: £8.99
Availability: In stock
ISBN
9781445682860
Add to Wish List
Details

The daring flights of the early balloonists that were the first steps on mankind’s upward journey to the Moon and beyond have been strangely neglected, and their names have been largely forgotten.

This book helps to redress that situation. James Sadler was an extraordinary English pioneer who overcame many obstacles to achieve his dream of flying. Born the son of an Oxford pastry cook in 1753, he defied his lowly upbringing to become the first Englishman to build an air balloon. When not flying he applied himself to engine design and the medical uses of gases, and kept busy as a chemist to the Navy; he designed cannon praised by Nelson, firearms for the British East India Company and a prototype armoured car. At the age of fifty-seven, he returned to ballooning, after which he and his sons went on to set various records of speed, distance and altitude in a total of some 30 towns and cities in England, Ireland and Scotland.

Against the vivid backdrop of Georgian England, Mark J. Davies delves into the complex life of this adventurer, exploring the ups and the downs of his amazing career, from his first ascent to his support of the first Englishwoman to fly, and his eventual death in poverty. Sadler’s biography also encompasses the stories of his fellow aeronauts, be they courageous, inspired, risible or – occasionally – fatal. This fascinating account is a true homage to our national desire to reach for the skies