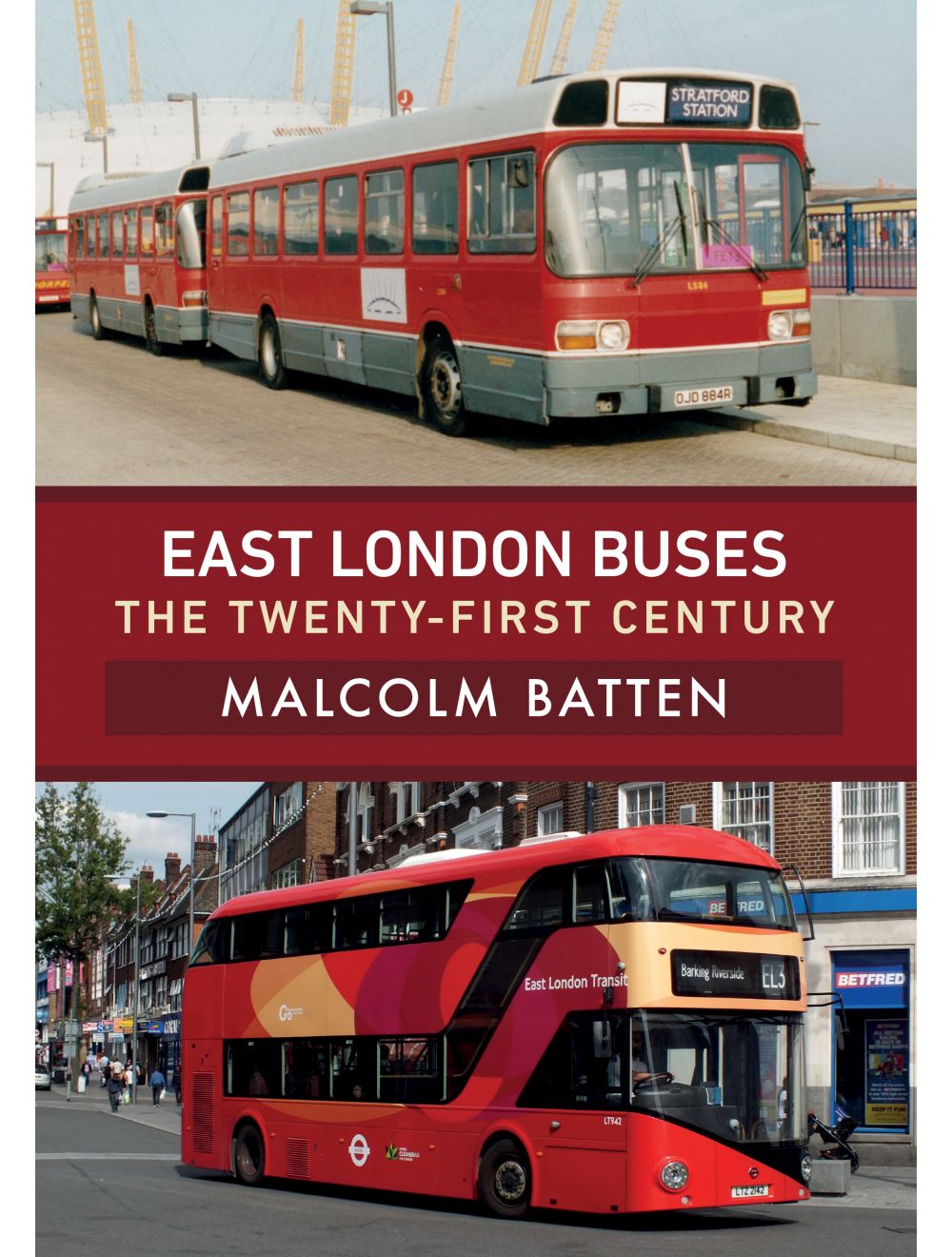 Be the first to review this product
With a wealth of previously unpublished images, Malcolm Batten observes what has changed in the East London bus scene since the turn of the century.
Regular Price £14.99 Online Price: £13.49
Availability: In stock
ISBN
9781445680675
Add to Wish List
Details
The start of the twenty-first century saw a flurry of bus activity at Stratford in East London to provide services to the Millennium Dome – this proved to be largely unneeded. Far more significant was the award of the Olympic Games to London in 2012, with Stratford as the hub of the events and of subsequent regeneration.

Following privatisation of London Transport in the 1990s, a small number of large operators had arisen, buying out many of the smaller companies that had won tendered services. The variety of liveries was also to disappear as Transport for London increasingly specified London red livery for its tendered buses. London bus travel has boomed, as a result of the popular Oyster card, Freedom Passes and the fact that the population is rapidly growing. A nightlife economy has led to more routes running 24/7.

With a wealth of previously unpublished images, Malcolm Batten observes what has changed in the East London bus scene since the turn of the century.
Reviews
Write Your Own Review
Only registered users can write reviews. Please Sign in or create an account