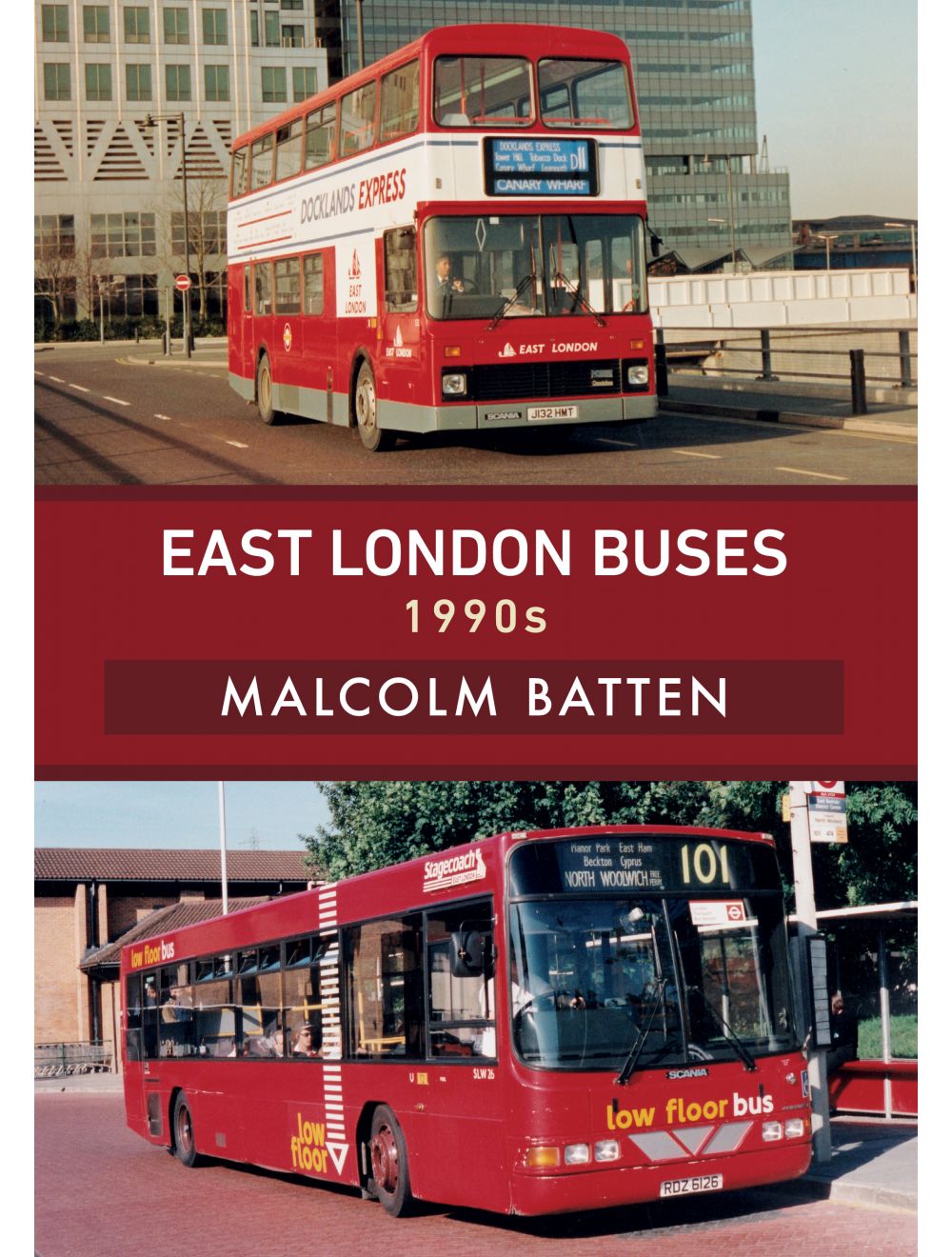 Be the first to review this product
Malcolm Batten offers a highly illustrated range of photographs looking at East London buses in the 1990s.
Regular Price £14.99 Online Price: £13.49
Availability: In stock
ISBN
9781445680392
Add to Wish List
Details
As Britain entered the 1990s, the character of East London was changing rapidly. The docks, once the mainstay of the area, had closed and the London Docklands Development Corporation was building a vast new financial district on the Isle of Dogs – Docklands. Further east, the new London City Airport, a university campus and new housing and shopping developments had arisen in Beckton. There was massive investment in transport infrastructure to serve these developments with new rail and bus links.

Meanwhile the effects of deregulation, introduced in 1985, were transforming bus services, with many new operators bringing a wide variety of liveries and fleet names in place of the former red monopoly of London Transport. Then in 1994 came privatisation with the sell-off of London Transport in area ‘slices’. With all this variety, it was an exciting time to be a bus enthusiast – but it was not to last.

With this, the second of three books featuring the buses of East London, Malcolm Batten examines the last decade of the twentieth century through a wealth of previously unpublished images.
Reviews
Write Your Own Review
Only registered users can write reviews. Please Sign in or create an account