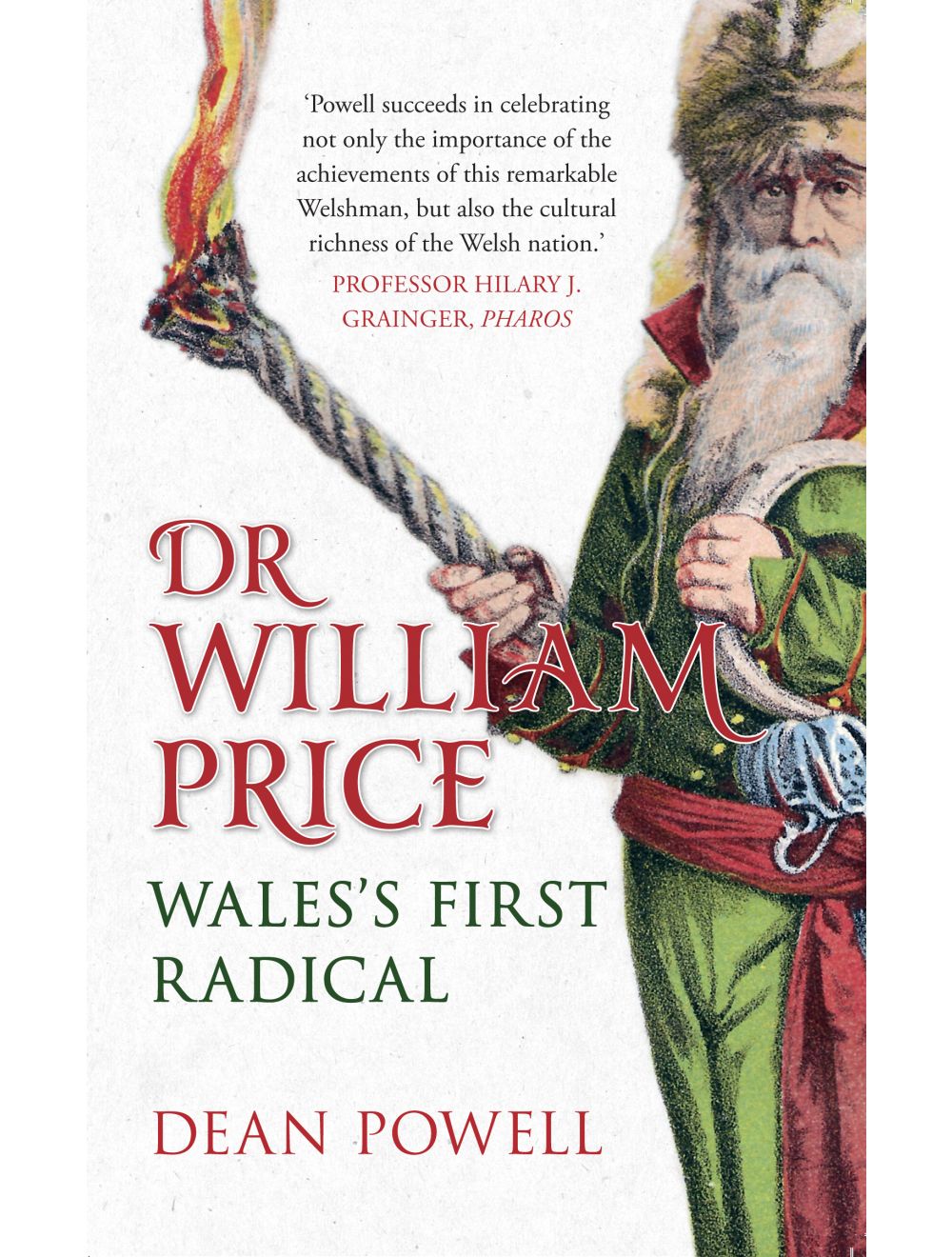 Be the first to review this product
Surgeon, Archdruid, Chartist, William Price established the first co-operative society and was involved in a crown court trial that led to the passing of the Cremation Act of 1902. The full story of one of the most colourful characters in Welsh history.
Regular Price £12.99 Online Price: £11.69
Availability: Out of stock
ISBN
9781445643564
Add to Wish List
Details

Chartist, surgeon, heretic, Archdruid and pioneer in the legalisation of cremation in the British Isles, Dr William Price was undoubtedly one of the most flamboyant, romantic and eccentric characters in Welsh history.

Famed healer, crusader of reform, exiled political activist and a sparkling, dynamic, eloquent man who blazed progress and controversy by outraging a conventional society, there was much more to Price than his radical attitudes to cremation. Poverty-stricken in his youth, his father was an insane priest, although Price remarkably became a surgeon by the age of just twenty-one. He created an embryonic national health service, masterminded the first Museum of Welsh Life, launched Wales’s first cooperative society, had visions of a new massed druidic rising and was exiled to France as a Chartist leader. Calling his first son Iesu Grist (Jesus Christ) Price, claiming he was a druidic Messiah, he cremated the child after its death aged just five months. The landmark court case led to the passing of the Cremation Act in 1902. He fathered illegitimate children with a housekeeper sixty years his junior and died sipping a glass of champagne at the age of ninety-two.

This is the first fully researched biography of Dr Price, capturing not only his life’s history but also the thoughts and ideals of the man himself. It includes a vast collection of pictures, private letters and family papers never used in any previous publications.