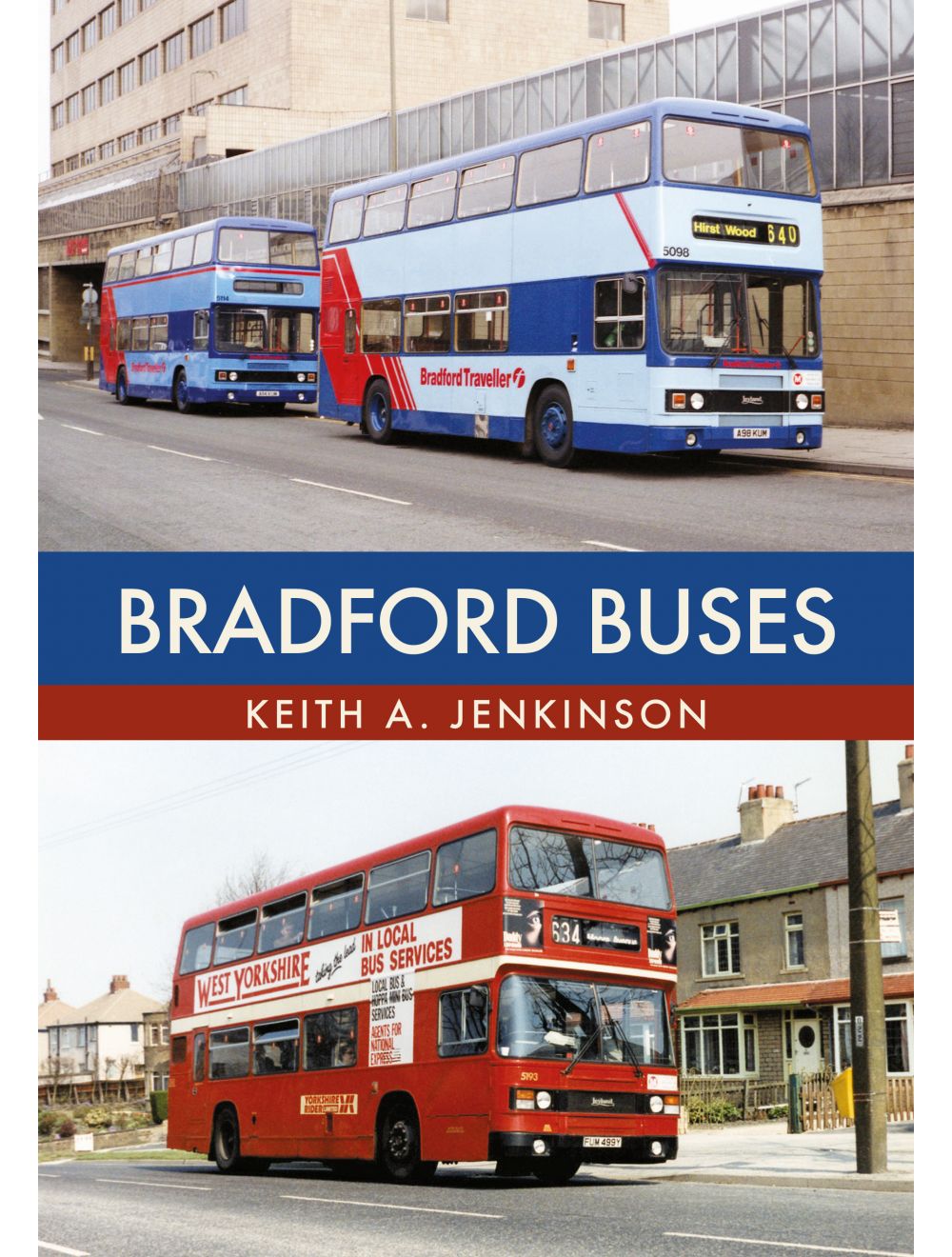 Be the first to review this product
Keith A. Jenkinson offers a richly illustrated look at the buses of Bradford.
RRP: £15.99 Online Price £14.39
Availability: In stock
ISBN
9781445674780
Add to Wish List
Details
Set in the Aire Valley of West Yorkshire and surrounded by several towns, Bradford maintains a proud transport history and was the first – and last – city in the UK to operate trolleybuses. Although its municipal transport system was subsumed into the West Yorkshire PTE in 1974 and thus lost its identity, much variety could still be seen in the city from the three NBC subsidiaries whose buses came in from beyond the former Bradford boundary.

Unlike many other towns and cities across the UK, following deregulation in 1986 Bradford suffered little from newcomers who attempted to challenge the incumbent operators, and those who were brave enough to try were soon rebuffed and disappeared.

In this book all the companies, large and small, who have operated buses into the city since the mid-1960s have been included to illustrate the variety that could be seen and capture memories of the past in a pictorial history of Bradford’s buses over half a century.
Reviews
Write Your Own Review
Only registered users can write reviews. Please Sign in or create an account