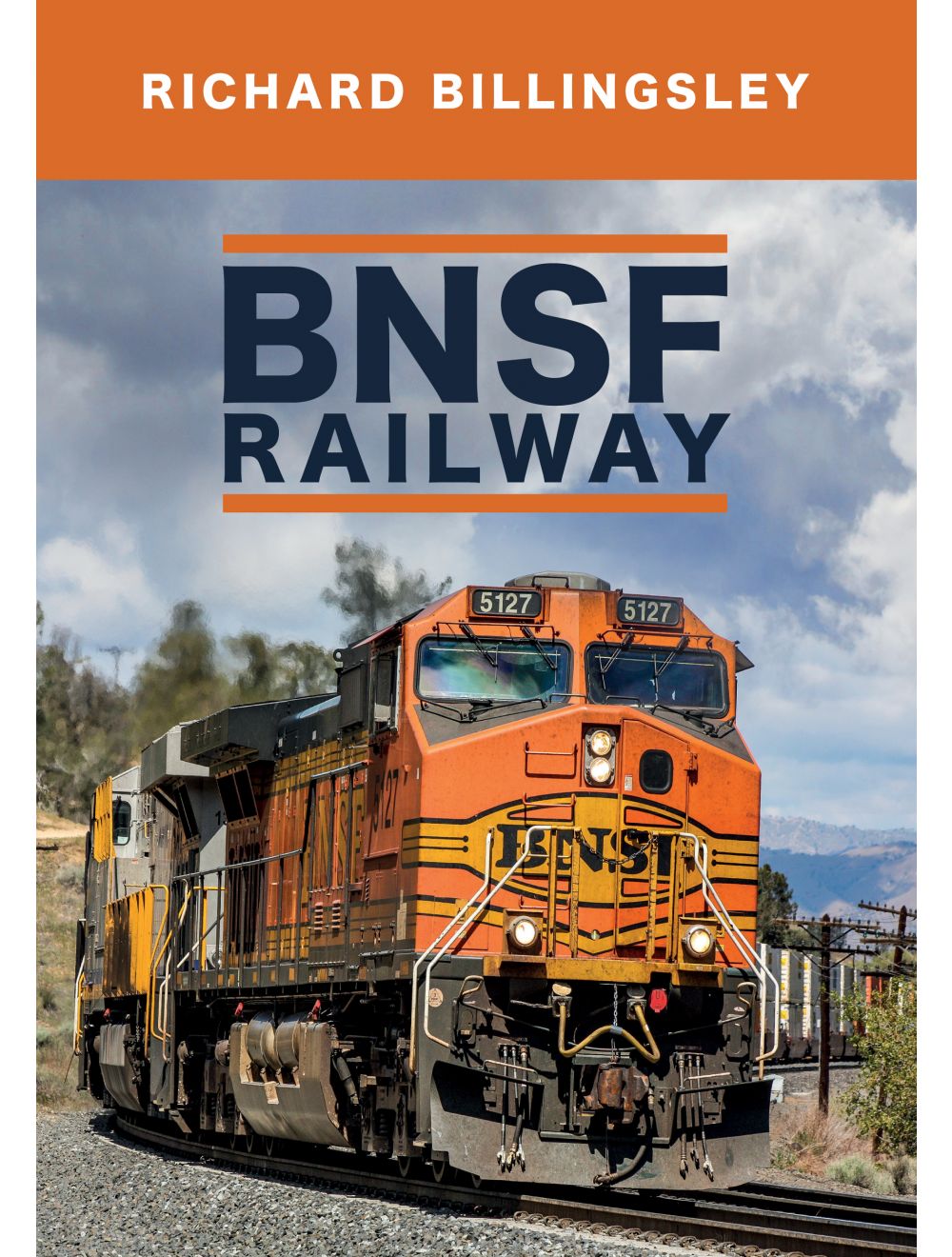 Be the first to review this product
Seen through the lens of a UK-based photographer, this book shows wonderful photos of one of the world's largest and most iconic railways.
Regular Price £15.99 Online Price: £14.39
Availability: Out of stock
ISBN
9781445685458
Add to Wish List
Details
With tracks and trackage rights that cover more than half of the states in the union, the Burlington Northern & Santa Fe is one of the true giants not just of the United States, but of the entire global rail scene. From the vast mileages of the Trans-Con routes through the deserts to the dense networks of the great cities, the BNSF Railway’s 8,000 orange locomotives are an everyday part of life for much of America. With multiple locomotives pulling mile-and-a-half-long freight trains, not to mention the odd venture onto passenger trains, the variety of workings and traffic will capture the interest of rail fans the world over.

Seen through the lens of a UK-based photographer, this book shows not just the motive power but also the loads, the places they go to and the places they pass through.
Reviews
Write Your Own Review
Only registered users can write reviews. Please Sign in or create an account