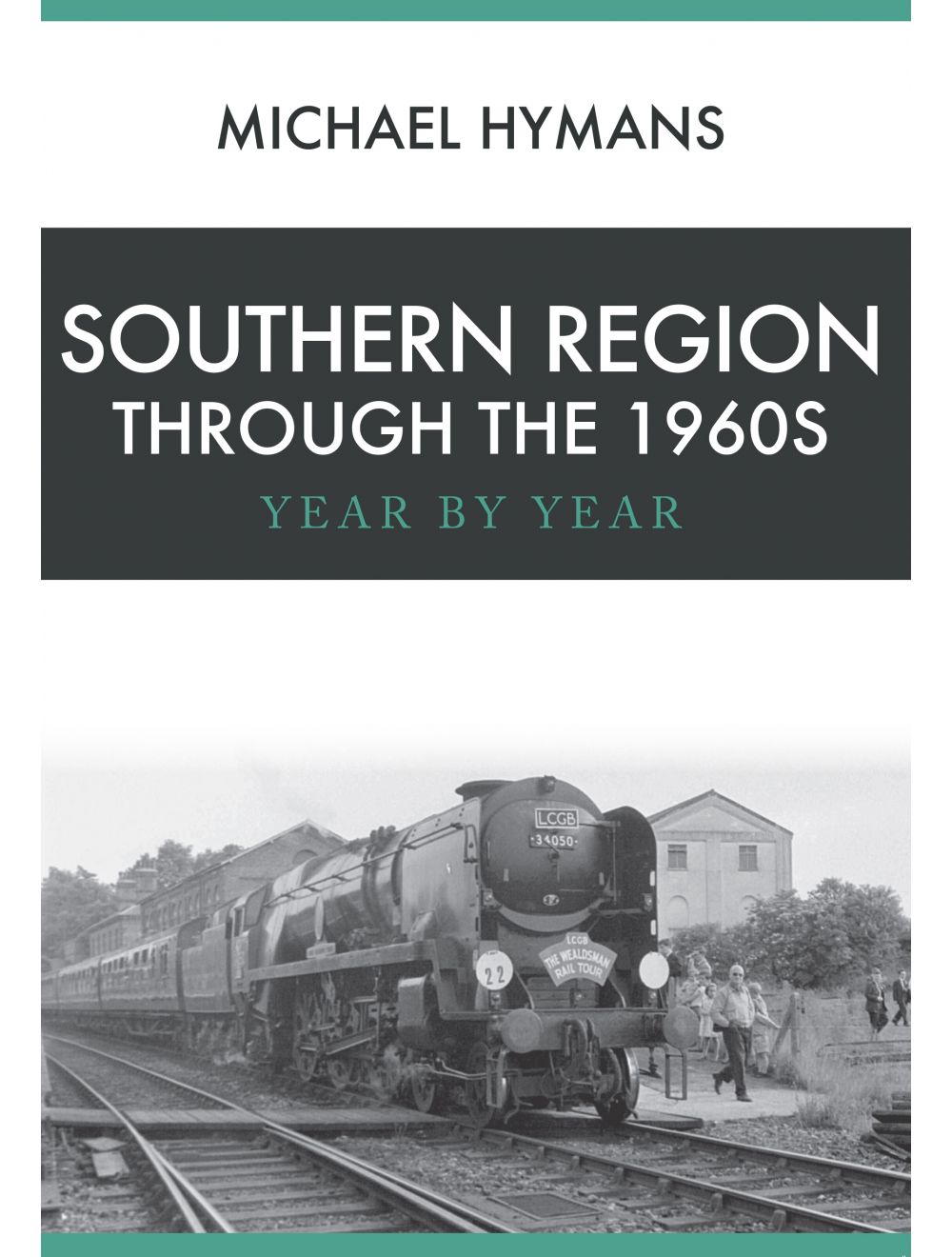 Be the first to review this product
A year-by-year journey through Southern Region in the 1960s.
Regular Price £16.99 Online Price: £15.29
Availability: In stock
ISBN
9781445666426
Add to Wish List
Details
The 1960s is an iconic period in the history of the rail network in Great Britain; with Rationalisation in progress and the effects of the Beeching Report beginning to be felt, it was a tumultuous time for the nation’s railways, and the area served by the Southern Region was no exception. As steam-powered locomotives began to be phased out and the era of electric and diesel traction began, the speed of change was unlike anything seen before.

With an easy to navigate format and superb, unpublished images, Michael Hymans takes the reader on a nostalgic year-by-year journey through the 1960s, providing a fascinating account of the Southern Region over the course of the decade.
Reviews
Write Your Own Review
Only registered users can write reviews. Please Sign in or create an account