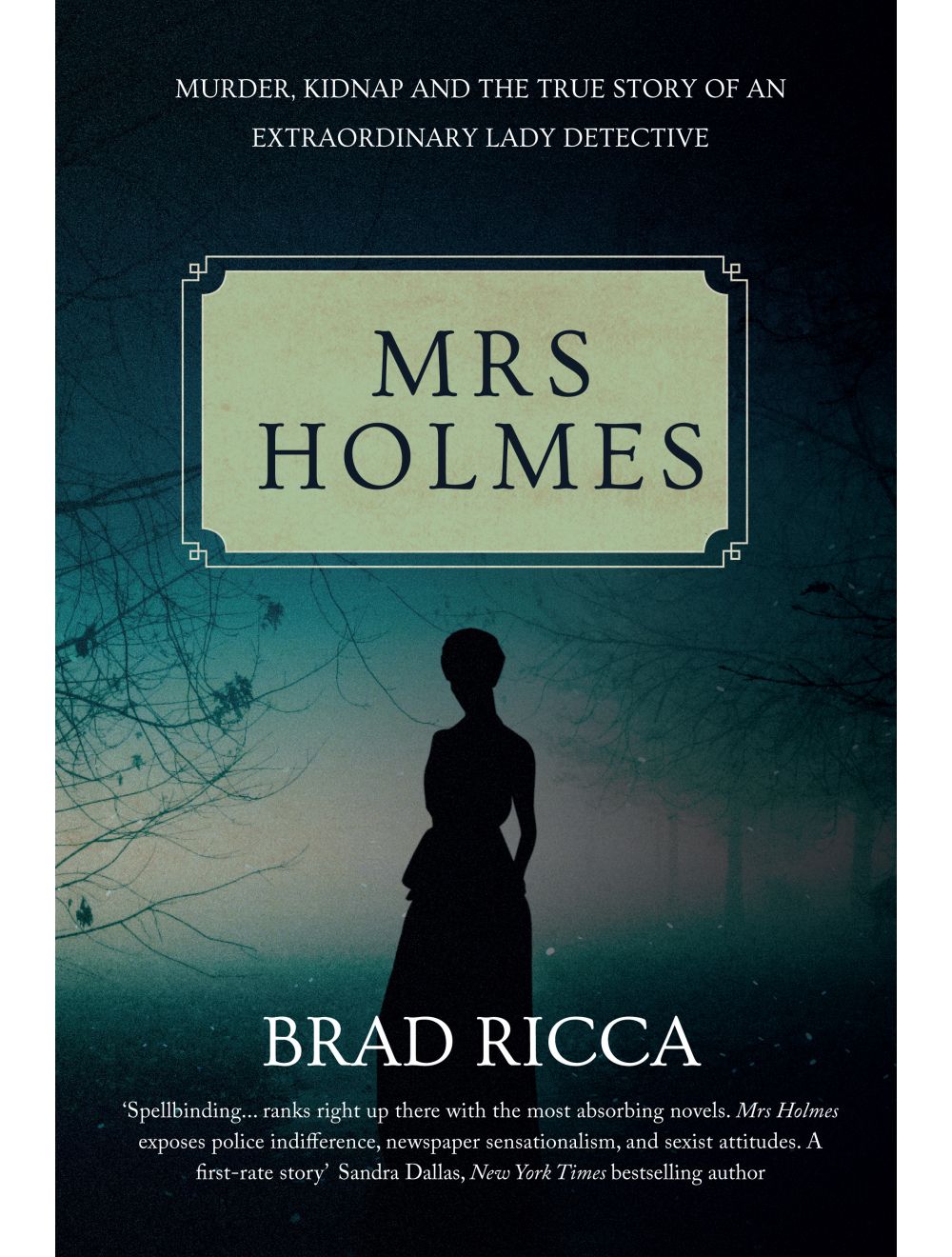 Murder, Kidnap and the True Story of an Extraordinary Lady Detective

Be the first to review this product
The shocking and amazing true story of the first female US District Attorney and traveling detective, who solved the case the NYPD had given up on.
Regular Price £20.00 Online Price: £18.00
Availability: Out of stock
ISBN
9781445663449
Add to Wish List
Details
Mrs Holmes tells the incredible story of Grace Humiston, the lawyer and detective who solved the famous cold case of Ruth Cruger, an 18-year-old girl who disappeared in 1917. Grace was an amazing lawyer and travelling detective during a time when no women were practising in the legal profession. She focused on solving cases no one else wanted and advocating for innocents. Grace became the first female US District Attorney and made ground-breaking investigations into the practice of modern slavery.

In the Ruth Cruger case, Grace followed a trail of corruption that led from New York to Italy. Her work changed how the country viewed the problem of missing girls. But the victory came with a price: she learned all too well what happens when one woman upstages the entire Establishment.

In the literary tradition of Truman Capote’s In Cold Blood and Erik Larson’s The Devil in the White City, this is a true crime tale told in spine-tingling fashion. Gruce Humiston is a figure whose work was so impressive that the papers gave her the nickname of fiction’s greatest sleuth, dubbing her ‘Mrs Holmes’. With important repercussions in the present about kidnapping, the complicit role of the media and the truth of crime stories, the great mystery of the book – and its haunting twist – is how one woman can become so famous only to disappear completely.
Reviews
Write Your Own Review
Only registered users can write reviews. Please Sign in or create an account