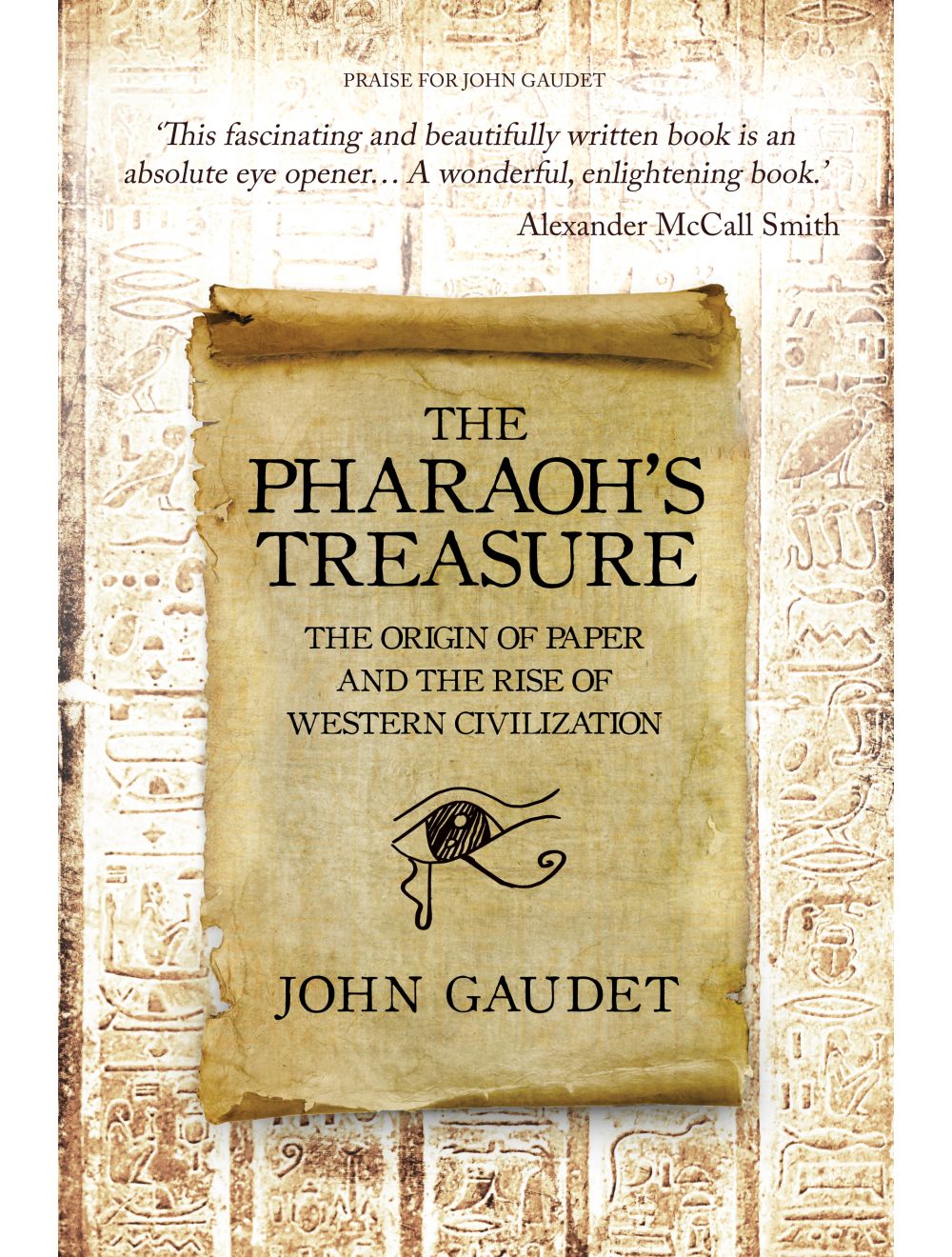 The Origins of Paper and the Rise of Western Civilization

Be the first to review this product
How the invention of paper, a material prized by both scholars and kings, allowed information and ideas to shape humanity for 4000 years, from the Nile to the West. 'A wonderful, enlightening book.' (Alexander McCall Smith).
Regular Price £16.99 Online Price: £15.29
Availability: Out of stock
ISBN
9781445689944
Add to Wish List
Details
For our entire history, humans have always searched for new ways to share information. This innate compulsion led to the origin of writing on the rock walls of caves and coffin lids or carving on tablets. But it was with the advent of papyrus paper when the ability to record and transmit information exploded, allowing for an exchanging of ideas, from the banks of the Nile throughout the Mediterranean - and the civilized world - for the first time in human history.

In THE PHARAOH’S TREASURE, John Gaudet looks at this pivotal transition to paper, which would become the most commonly used information medium in the world for more than 4,000 years. Far from fragile, papyrus paper is an especially durable writing surface; books and documents in ancient and medieval times had a usable life of hundreds of years, and this durability has allowed items like the famous Nag Hammadi codices from the third and fourth century to survive. The story of this material, that was prized by both scholars and kings, reveals how paper communication is more than a relic of our past, but a key to understanding how ideas and information shaped humanity both in the ancient and early modern world.
Reviews
Write Your Own Review
Only registered users can write reviews. Please Sign in or create an account