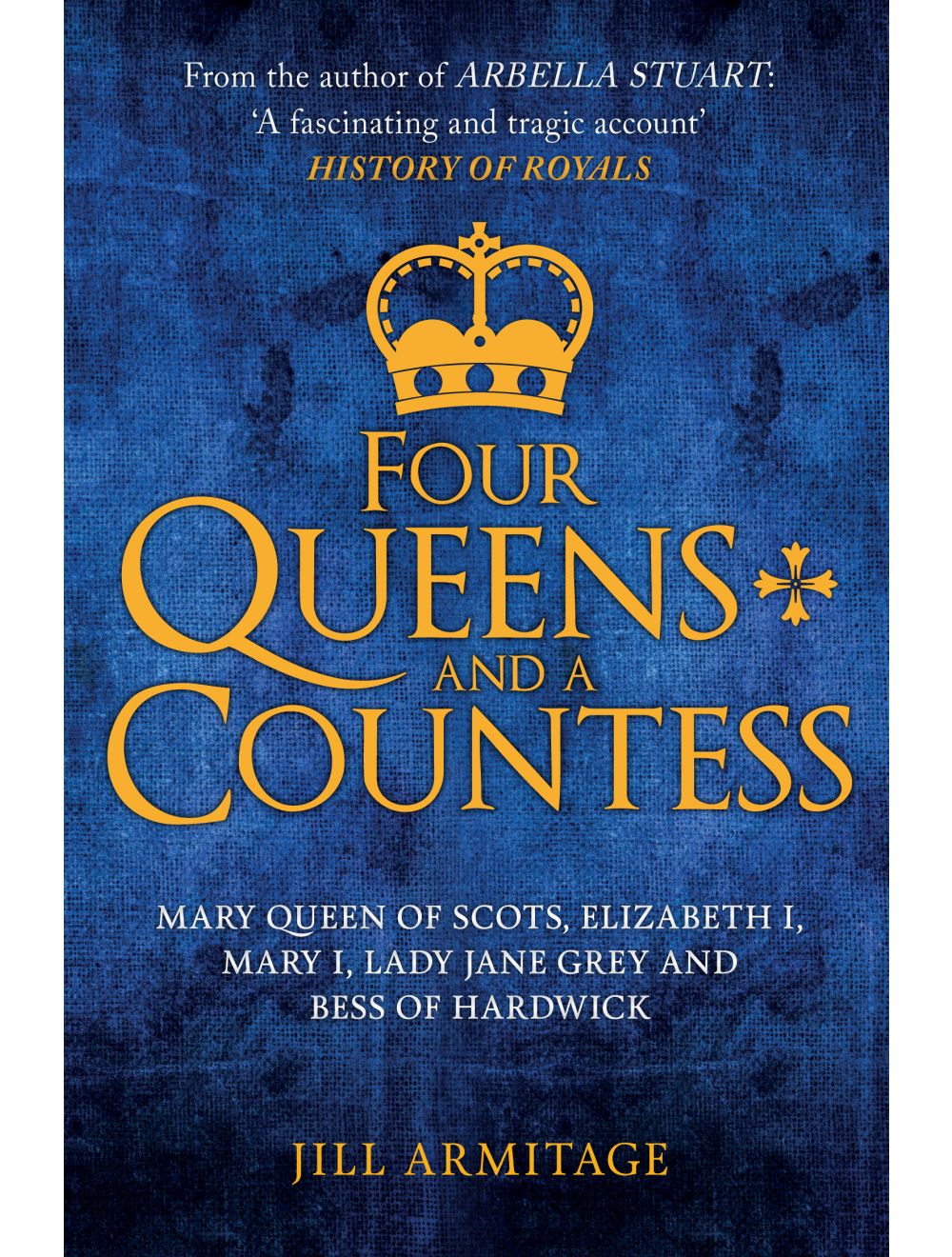 Four Queens and a Countess

Mary Queen of Scots, Elizabeth I, Mary I, Lady Jane Grey and Bess of Hardwick: The Struggle for the Crown

Be the first to review this product
New paperback edition - The fateful Tudor triangle: a reigning queen, an exiled queen, and the countess who was obliged to be her jailer. And Bess of Hardwick had a close relationship with two more queens!
Availability: In stock
ISBN
9781445694429
Add to Wish List
Details

When Mary Stuart was forced off the Scottish throne she fled to England, a move that made her cousin Queen Elizabeth very uneasy. Elizabeth had continued the religious changes made by her father and England was a Protestant country, yet ardent Catholics plotted to depose Elizabeth and put Mary Stuart on the English throne. So what was Queen Elizabeth going to do with a kingdomless queen likely to take hers?

Elizabeth had Mary placed under house arrest with her old friend Bess of Hardwick, then married to her fourth husband, the wealthy and influential Earl of Shrewsbury. The charismatic Scotswoman was treated more like a dowager queen than a prisoner and enjoyed an affluent lifestyle until Bess suspected Mary of seducing her husband. But for sixteen years, with the never-ending threat of a Catholic uprising, Bess was forced to accommodate Mary and her entourage at enormous cost to both her finances and her marriage.

Bess had also known the doomed Jane Grey and Mary I, Elizabeth’s predecessor. She had been in service in the Grey household and companion to the infant Jane. Mary had been godmother to Bess’s fifth child.

Four Queens and a Countess delves deep into the relationships of these women with their insurmountable differences, the way they tried to accommodate them and the lasting legacy this has left.

Reviews
Write Your Own Review
Only registered users can write reviews. Please Sign in or create an account
We're sorry, an error has occurred while generating this content.