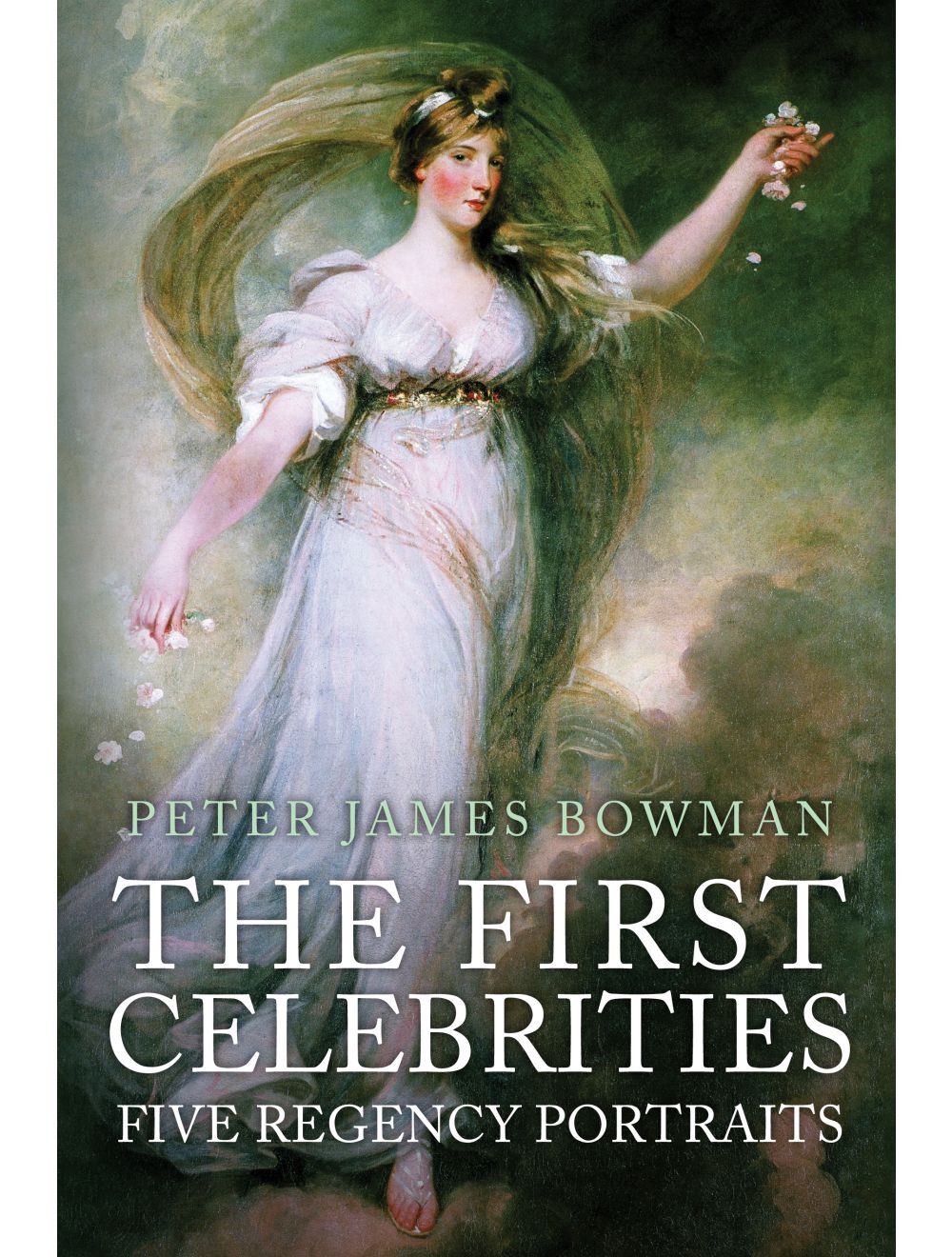 Be the first to review this product
When did celebrity culture begin? In the Regency period, when people hungered for news of the illegitimate actress who became a duchess and the richest woman in England; and the hard-drinking Regency buck who horse-whipped anyone who criticised his terrible novels.
Regular Price £22.99 Online Price: £20.69
Availability: In stock
ISBN
9781445677897
Add to Wish List
Details

What percentage of the printed and online media is dedicated to celebrity culture today? A tricky calculation; but there is no doubt that the percentage was pretty high when mass media first acquired a recognisably modern form in the Regency period. Peter James Bowman shows how, following the outrageous fame of Lord Byron, an interest in the foibles rather than the achievements of prominent individuals was kindled and sustained by newspapers, satirical prints and society gossip. Here are five pen-portraits of colourful men and women who played leading roles in their day but whose reputations subsequently faded, figures who for this reason better represent their age than those whose importance transcends it. Their peculiar spheres of activity – the stage, politics, diplomacy, art, literature and fashion – are also explored.

Harriot Mellon, the illegitimate daughter of a wardrobe-keeper in a company of strolling players, married the elderly banker Thomas Coutts; seven years later, she was the richest widow in the land and a target of ferocious abuse. Dorothea Lieven, the Russian ambassador’s wife, used her intellect, dignity and a talent for flattery to entrance numerous statesmen and become a force in British politics. Richard Grenville, Duke of Buckingham, was a corrupt parliamentarian who squandered a vast income and caused the decline of the mighty Grenville dynasty. Lady Charlotte Bury was mocked by Thackeray as ‘Lady Flummery’ because of her execrable novels – but she was a great beauty who married for love not once, but twice. Sir Thomas Lawrence deserved his eminence as an artist, but had to use all his charm and courtliness to conceal the potentially explosive secrets of his private life. Here is a cast of characters to savour, one that reveals the realities of the period as no Austen novel could.