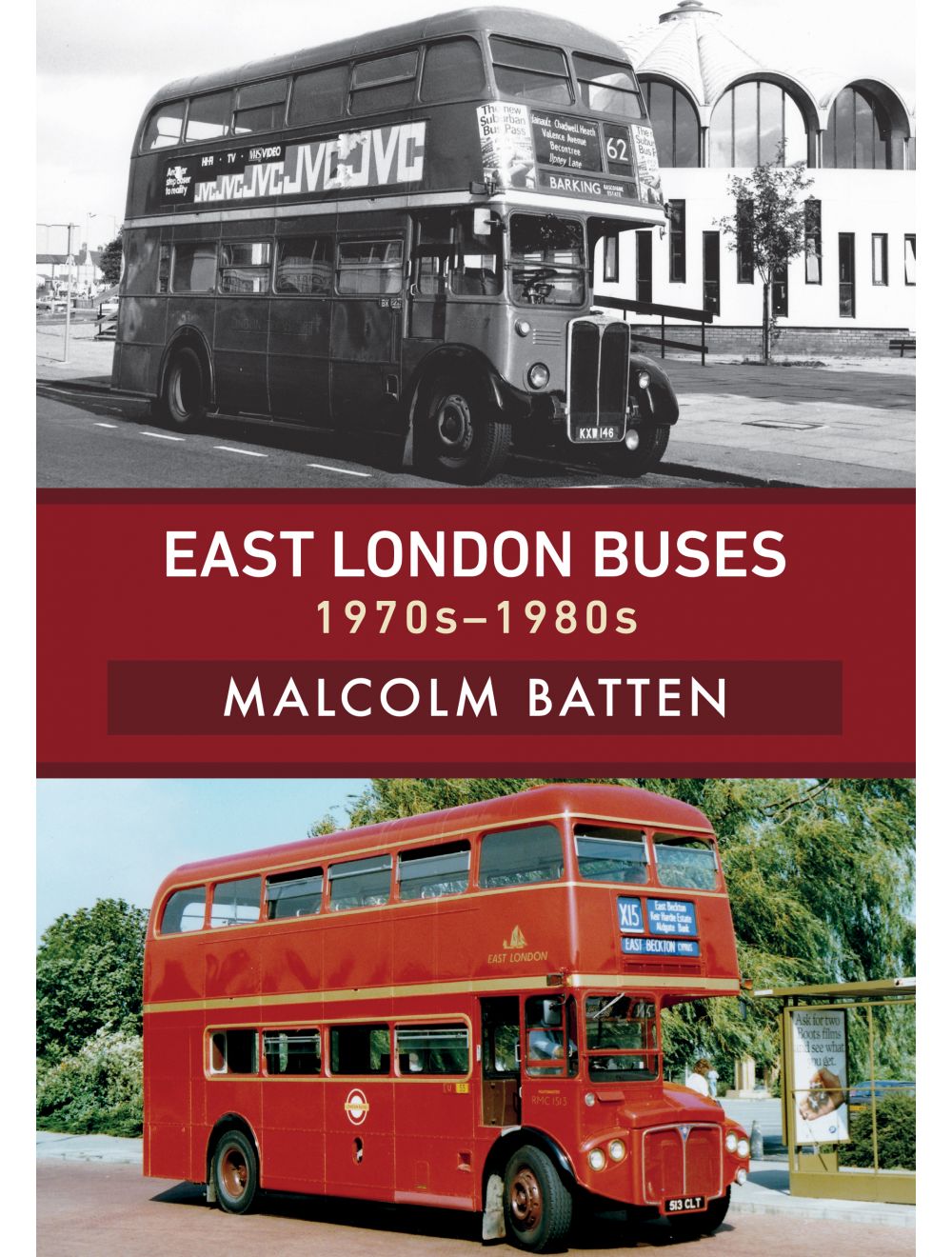 Be the first to review this product
A terrific range of previously unpublished images of East London buses, including Routemasters, during the 1970s-1980s.
Regular Price £14.99 Online Price: £13.49
Availability: In stock
ISBN
9781445680217
Add to Wish List
Details
The East London bus scene in 1969 was one of contrast. This was London’s industrial heartland with the River Thames bankside dominated by docks, power stations and heavy industry, including the massive Ford Motor works at Dagenham. Inland, dense inner city housing gave way to terraces and vast council estates as you travelled eastwards. The red buses of London Transport held a monopoly relieved only by the Green Line coach routes also run by London Transport. However, in the outer reaches of the Greater London Council area there was a remarkable overlap as London Transport’s red buses delved deep into Essex while the Eastern National buses from Essex ran deep into London Transport territory.

Twenty years later, much had changed. The docks and power stations had closed and the London Docklands Development Corporation was transforming the old docks into Docklands. Changes in the bus industry saw London Transport split up in 1970, then from 1985 deregulation led to routes being tendered out and new operators taking them over. This book tells the story of the change in the East London bus scene in the 1970s and 1980s
Reviews
Write Your Own Review
Only registered users can write reviews. Please Sign in or create an account