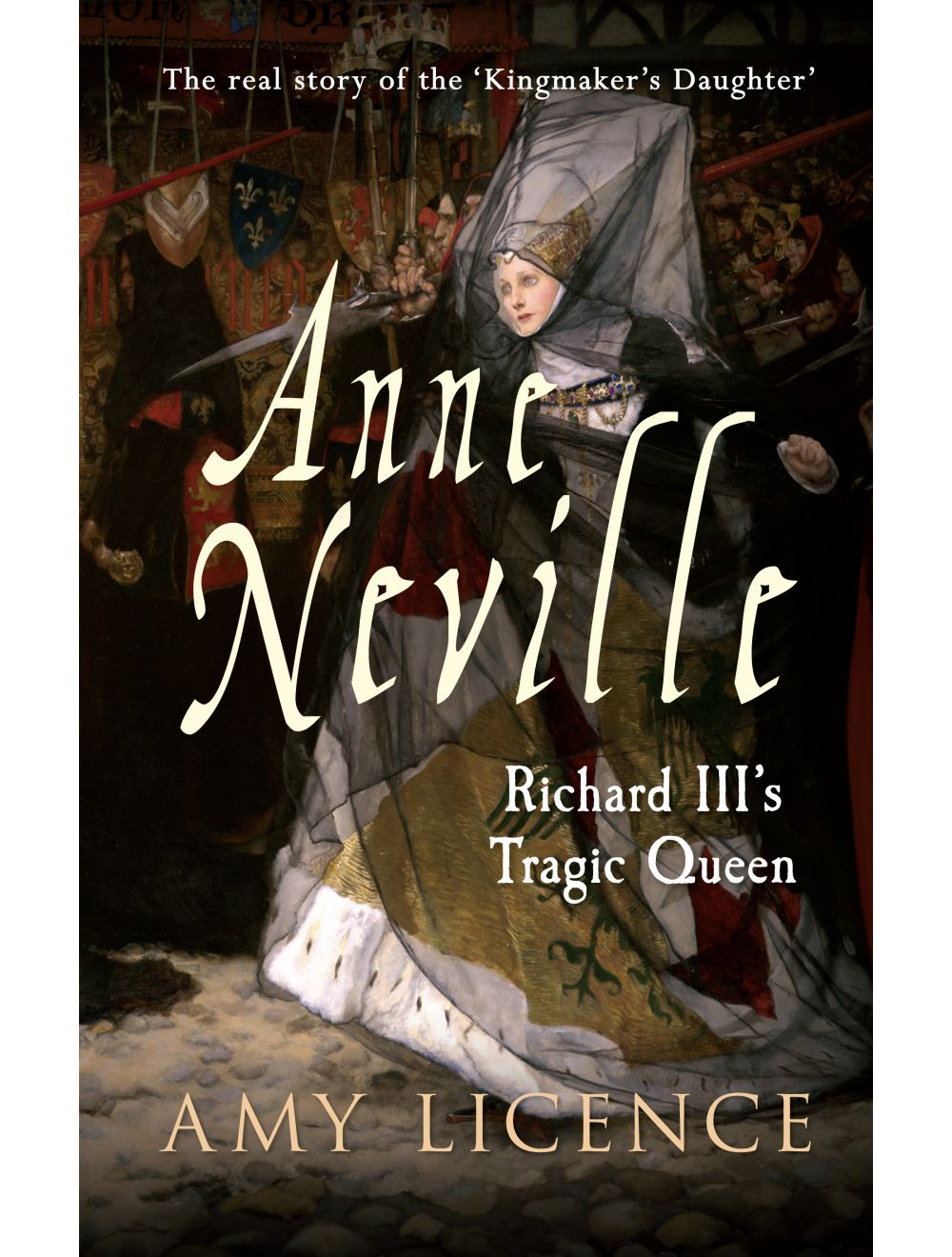 Shakespeare's enduring image of Richard III's queen is one of bitterness and sorrow. Anne curses the killer of her husband and father, before succumbing to his marriage proposal, bringing to herself a terrible legacy of grief and suffering an untimely death. Was Anne a passive victim? Did she really jump into bed with the enemy?

Myths aside, who was the real Anne? As the Kingmaker's daughter, she played a key role in his schemes for the throne. Brought up in the expectation of a glorious marriage, she was not the passive manipulated pawn of romantic legend; in fact, she was a pragmatist and a survivor, whose courage and endurance were repeatedly pushed to the limit. Her first marriage, to the young Lancastrian, Prince Edward, should have brought her riches and a throne, but when she returned to England to claim her right, she found herself fatherless and widowed. Her second marriage, to her childhood friend Richard of Gloucester, proved to be a successful and peaceful union. Then, in the spring of 1483, everything changed. Anne found herself catapulted into the public eye and sitting on the throne beside Richard.

The circumstances of their reign put an unprecedented pressure on their marriage; amid rumours of affairs and divorce, Anne died mysteriously, during an eclipse of the sun, just weeks before Richard's death on the battlefield. This fascinating and elusive woman is shrouded in controversy and unanswered questions. Amy Licence reassesses the long-standing myths about Anne's role, her health and her marriages, to present a new view of the Kingmaker's daughter.