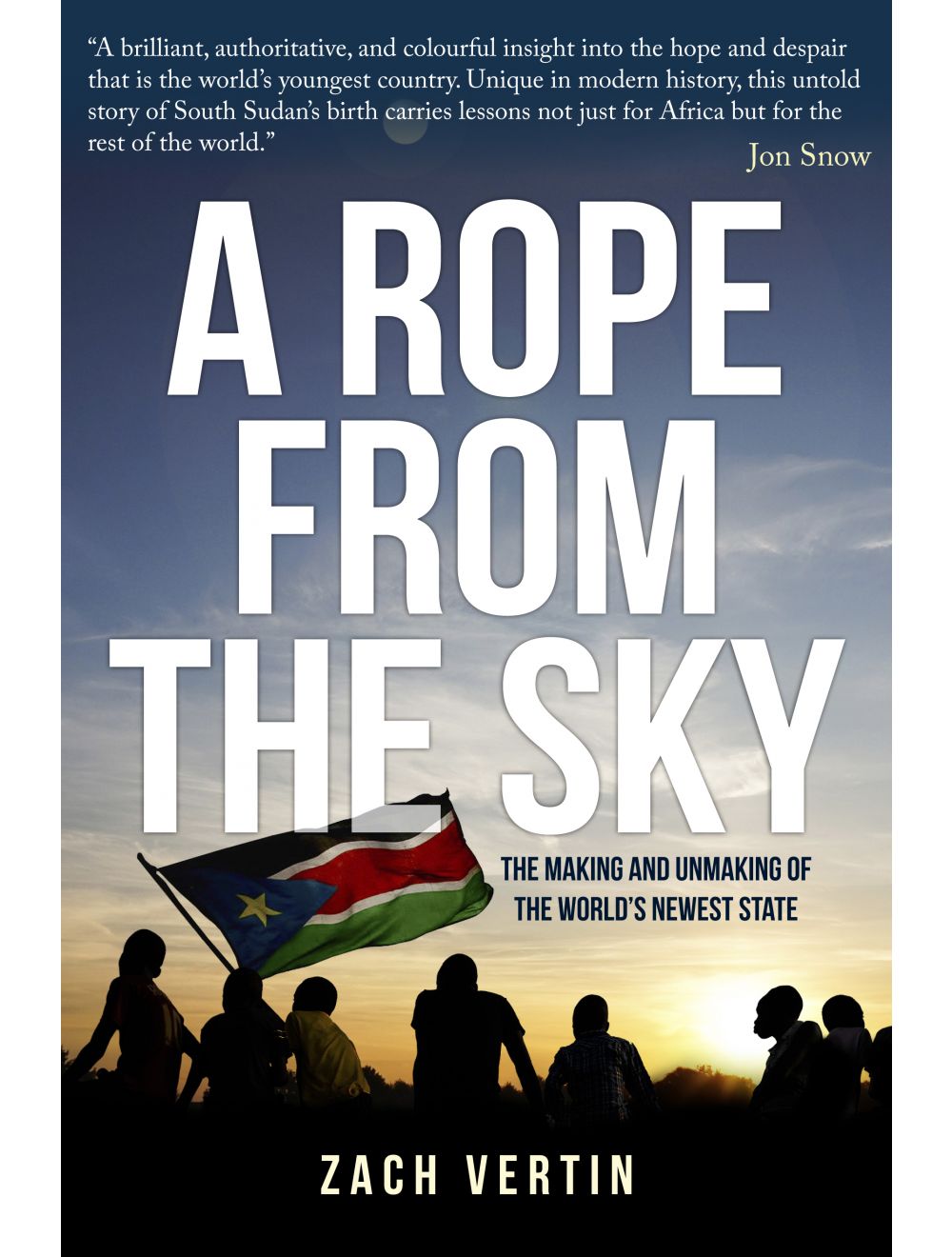 A Rope from the Sky

The Making and Unmaking of the World's Newest State

Be the first to review this product
‘Without a doubt, the definitive account of South Sudan’s birth. Unique in modern history, this untold story carries lessons not only for Africa but for the rest of the world.’ Sir Nicholas Kay, KCMG, former British Ambassador to Sudan.
Regular Price £20.00 Online Price: £18.00
Availability: In stock
ISBN
9781445686943
Add to Wish List
Details

The euphoric birth of South Sudan was celebrated around the world – a triumph for global justice and a sign that one of the world’s most devastating wars was finally over. But the party would not last; the Republic’s freedom-fighters soon plunged their new nation back into chaos, shattering the promise of liberation and exposing the hubris of their Western backers. An epic tale of paradise won and lost, A Rope from the Sky is an extraordinary journey into the rise and fall of the world’s newest state.

Weaving together narratives local and global, this is a story of hope, power, greed, compassion, and conscience-shocking violence from the world’s most neglected patch of territory. But it is also the story of an audacious attempt to forge a state from scratch, an intervention that reflects both the best of the West and its uncomfortable reckoning with the limits of Western power amid a world in disarray.

The author’s first-hand accounts, from deadly war zones to Washington’s halls of power, bring readers inside this unique episode in global history – an unprecedented experiment and a cautionary tale.

From moonlit battlefields and glitzy hotel ballrooms to the emerald marshes of the Nile, South Sudan’s story is a richly painted canvas. Present before, during, and after independence, the author has taken tea with everyone: guerrilla fighters and corrupt ministers, teenage cattle rustlers and shadowy intelligence agents. Coupling his years on the ground with a role in the Obama administration, Zach Vertin is uniquely positioned to give the insider account of this modern-day Greek tragedy.