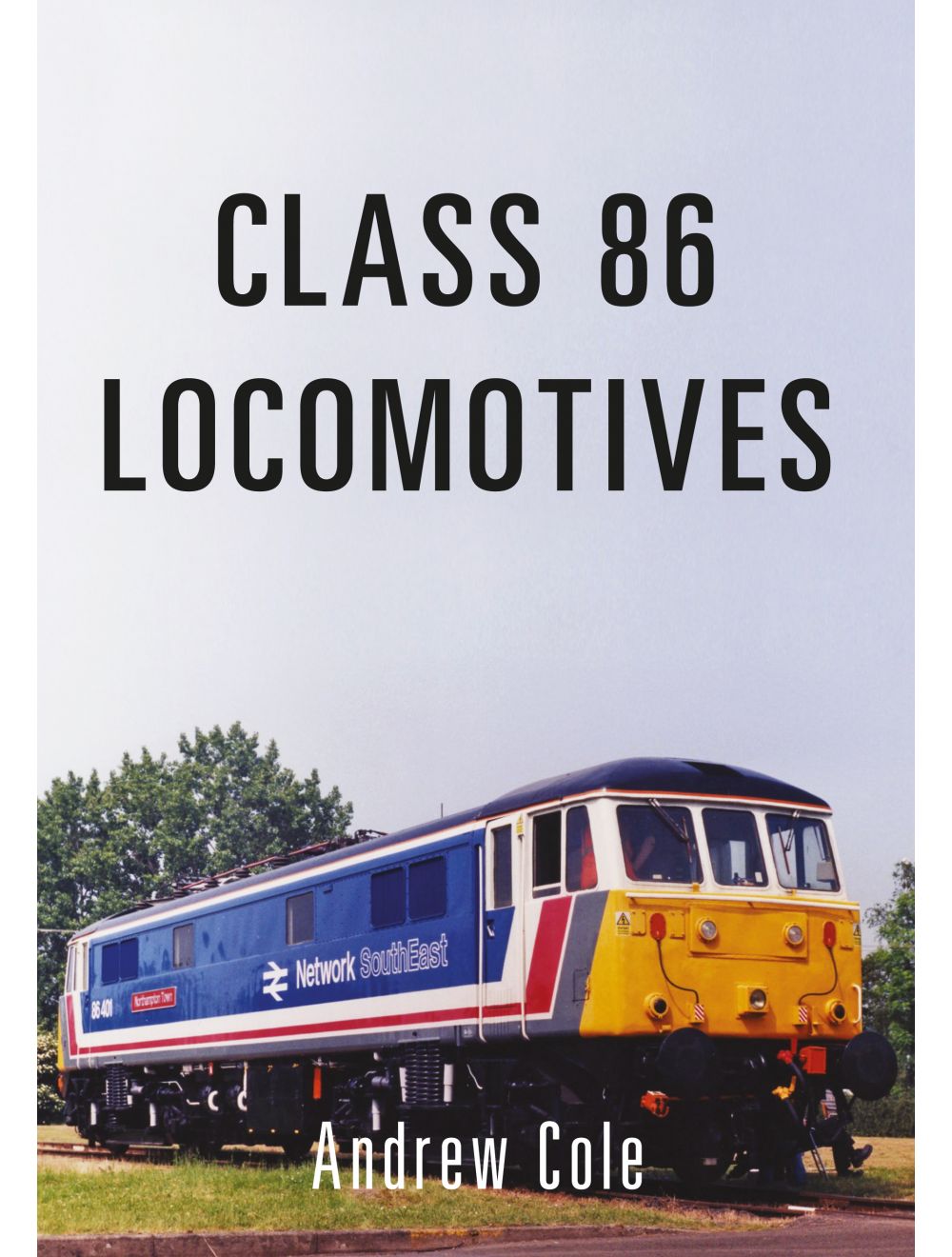 Be the first to review this product
Andrew Cole looks at a titan of Britain's railways.
Regular Price £14.99 Online Price: £13.49
Availability: In stock
ISBN
9781445662084
Add to Wish List
Details
This class of AC electric loco comprised a hundred members, built from 1965 onwards. The first forty locos were built by British Rail at their Doncaster Works, and the other sixty were built by English Electric at their Vulcan Works.

They were built for West Coast services, which had been electrified from London, and would eventually run all the way to Glasgow. They were delivered in Electric Blue livery, complete with cast lion and wheel. They were originally known as the AL6 class, but under TOPS became the Class 86s. They were originally numbered in the Class 86/0 series and the Class 86/2 number series, with the 86/2s used on passenger workings due to them being fitted with improved suspension, allowing them to run at 100 mph. Three of the Class 86/2s were used as test beds for the Class 87 development, being fitted with different bogies, becoming the Class 86/1 series. The class has also found passenger workings on the Great Eastern route from London to Norwich, finally being replaced by Class 90s. They have also been very useful engines on freight workings, with quite a few still in use with Freightliner.
Reviews
Write Your Own Review
Only registered users can write reviews. Please Sign in or create an account