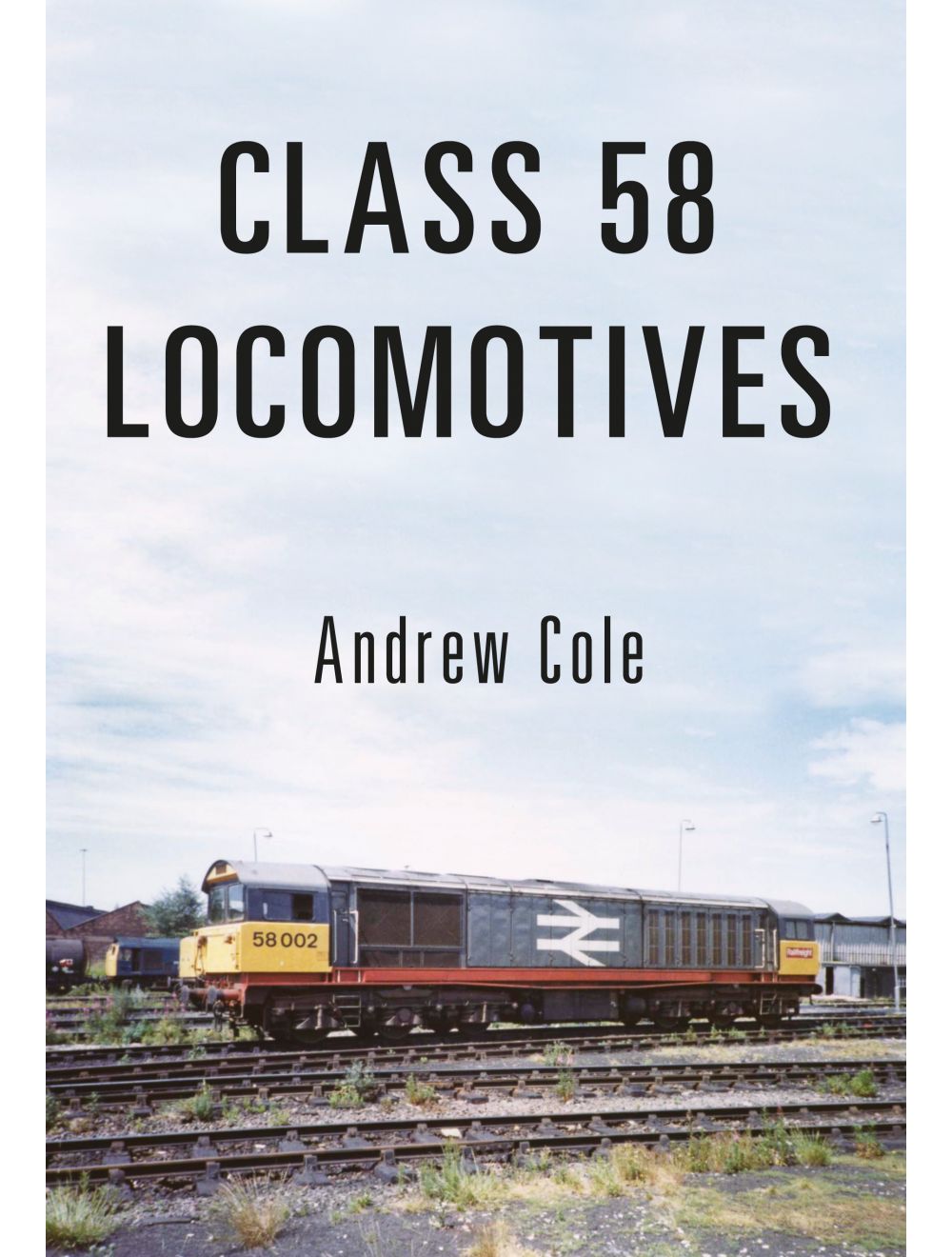 Be the first to review this product
Andrew Cole's pictorial account of Class 58 locos.
Regular Price £14.99 Online Price: £13.49
Availability: In stock
ISBN
9781445662121
Add to Wish List
Details
The Class 58s were introduced from 1983 onwards, and were a significant departure from normal build standards. The fifty members were built by BREL at Doncaster Works, and were built to a modular design: BR had one eye on the export market with this class of loco.

They were fitted with a Ruston Paxman 12RK3ACT prime mover, which proved very suitable for their main use on merry go round coal traffic. The only problem the class encountered was with wheelslip. No. 58050 was to become the last locomotive to be built at Doncaster, as no export orders were received for the class. All fifty of the class passed to mainline, and a few members received the blue livery before passing to EWS. This was a class of loco that was withdrawn from service in the UK far too early, as the Canadian-built Class 66s replaced them. One member has been preserved.