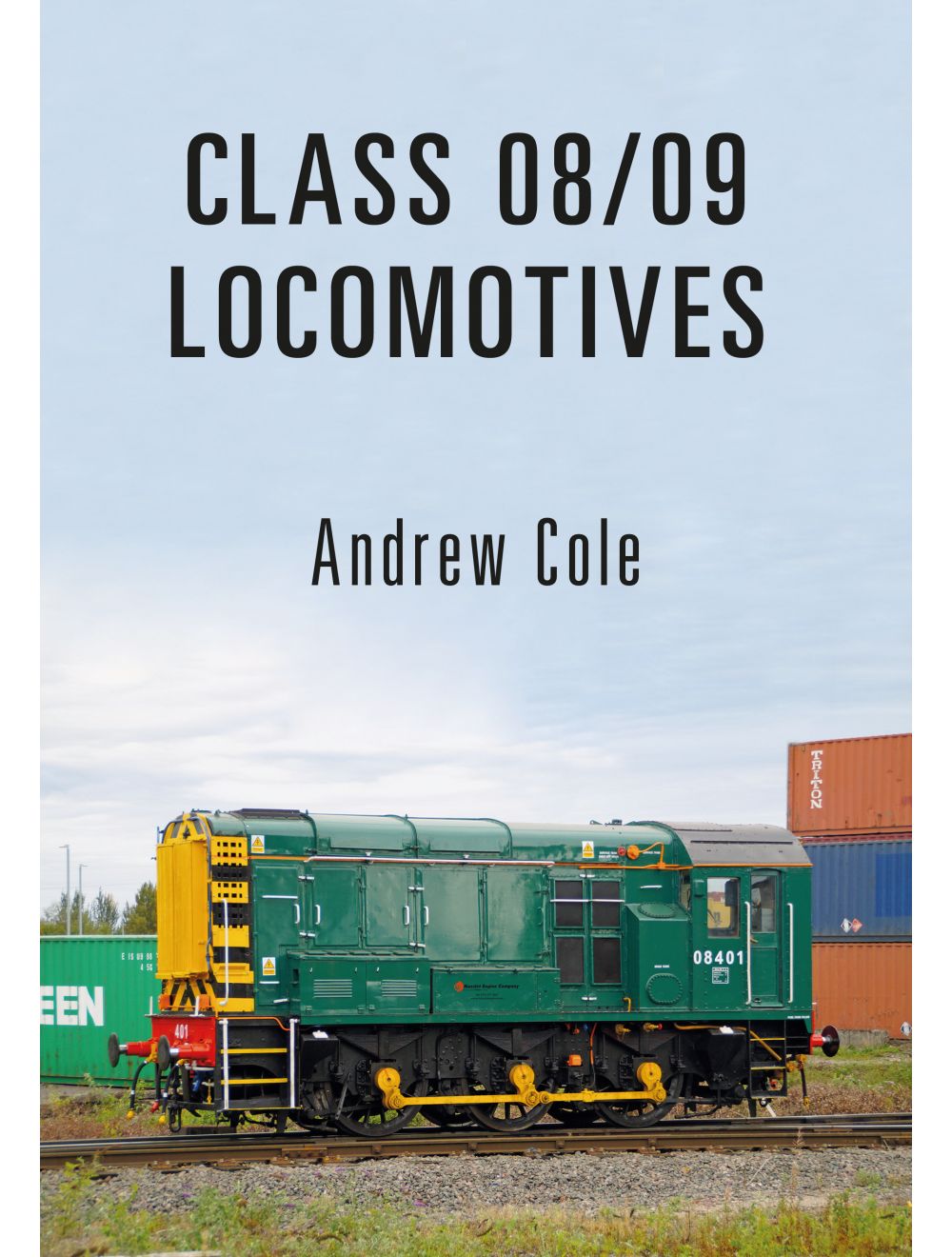 Be the first to review this product
Andrew Cole explores Class 08/09 locomotives.
Regular Price £15.99 Online Price: £14.39
Availability: In stock
ISBN
9781445666235
Add to Wish List
Details
The Class 08/09 was to become the main diesel shunter of the British Railways era. Just over a thousand of the two classes were built from 1952 onwards at five different British Rail workshops over a ten-year period.

Just about every corner of the UK would be home to one or more of these shunting locomotives. They were ideal for yard and depot shunting, and also acted as station pilots at nearly every major station. The main difference between the two classes was that the Class 09 had a different maximum speed, and most were also fitted with extra air pipes to work with Southern Region EMUs.

With the constriction of UK freight workings, a lot of yards were taken out of use, and the trip workings that these locomotives performed soon ceased. With the advent of multiple unit trains, the need for them as station pilots also ceased. A large majority of the two classes have been withdrawn and scrapped, but a fair number still survive, doing what they were built for over fifty years ago. A large number have also entered preservation, and the classes have carried a multitude of different liveries over the years.
Reviews
Write Your Own Review
Only registered users can write reviews. Please Sign in or create an account