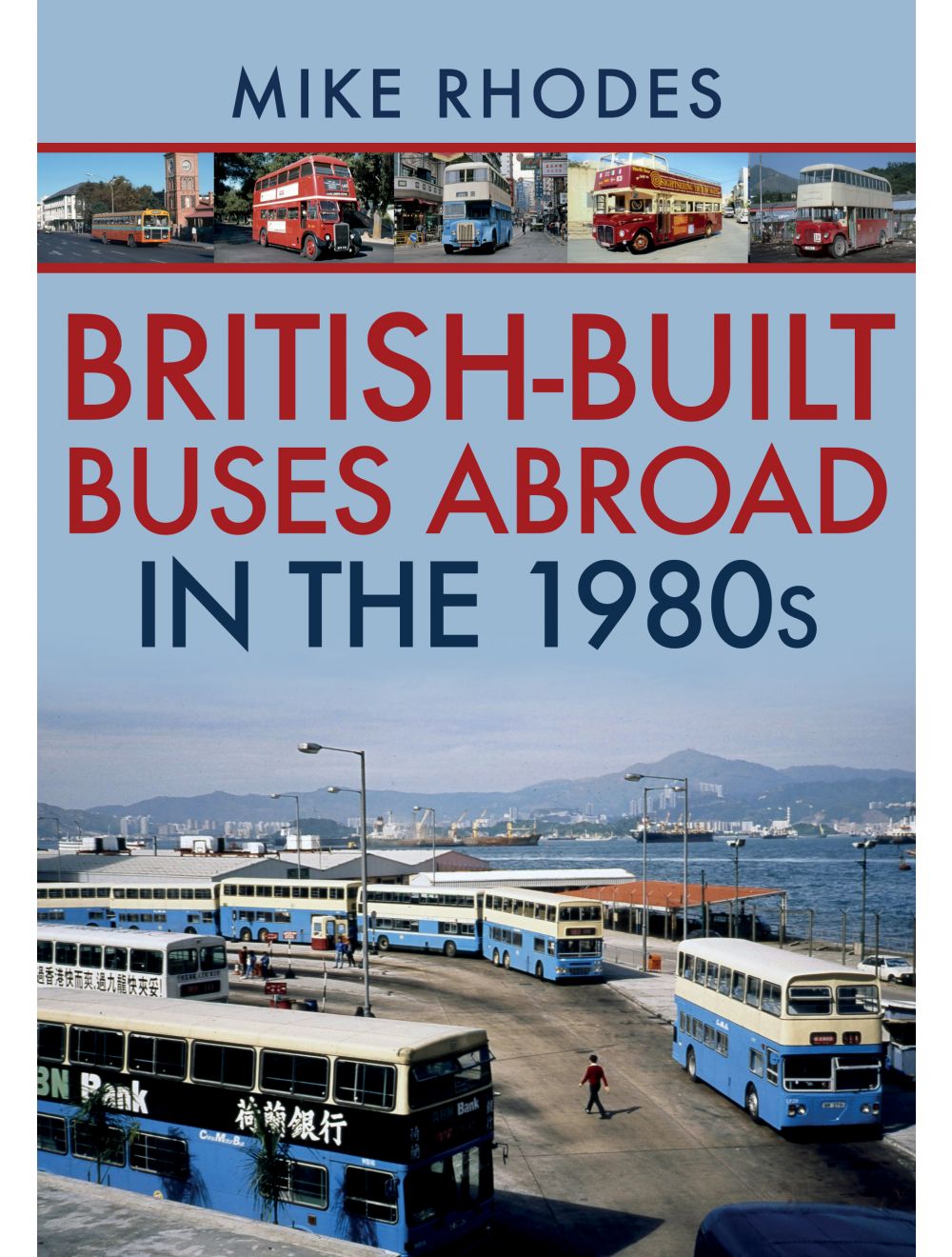 Be the first to review this product
Previously unpublished images of British buses in Canada, Macau, India South Africa, Portugal and Hong Kong.
Regular Price £15.99 Online Price: £14.39
Availability: In stock
ISBN
9781445690209
Add to Wish List
Details
Like the railway industry in the nineteenth century, Britain was a major player in supplying the world with buses, particularly double-deckers. The principal contributors in the mid-twentieth century were AEC, Daimler and Leyland Motors. Buses were exported throughout the world either as complete vehicles or as a chassis with locally assembled bodywork completing the bus.

As early as 1911, Leyland Motors sold five single-deck charabancs to Lisbon Tramways and three to Cape Town Electric Tramways. It says something for the endurance of the British-built chassis when examples of the Daimler CVG in Hong Kong and the AEC Regent III in Lisbon both managed to attain well over twenty-five years of service for their respective operators. As London Transport found itself with a surfeit of serviceable buses in the 1960s, hundreds of redundant RTs, RTLs and RTWs were snapped up by the Ceylon Transport Board. Redundant Atlanteans and Daimler Fleetlines found favour with both KMB and CMB while sixty AEC Swifts saw further service with the Public Transport Association (PTA) and the Education Department on the island of Malta.

This book features previously unpublished photographs of British buses in China, India, South Africa, Portugal and Hong Kong.
Reviews
Write Your Own Review
Only registered users can write reviews. Please Sign in or create an account