Freight in the Peak District by Paul Harrison

Living on the doorstep of the Peak District of Derbyshire has over the last forty odd years or so afforded me many opportunities to jump on the train or bus and travel to places to photograph and watch the many varied freight train movements and record the details. My first visits to the area were in the early 1980s usually with my parents, brother and often our Uncle, who introduced me and my brother to a lifetime of railway trains. A favourite treat was to ride the diesel passenger train to Buxton on New Year’s Day to visit the town and have a look around the model toy fair in the Pavilion Gardens where our Christmas money could be spent on items for our model railway layout. 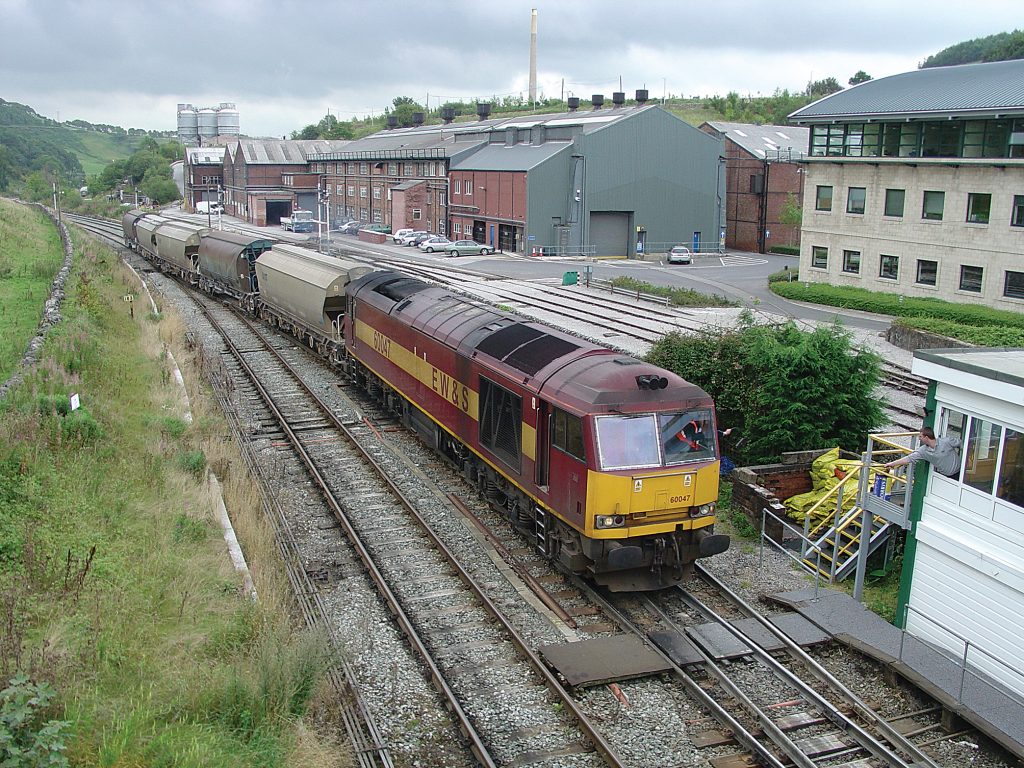 The driver of No. 60047 is about to relinquish the single-line token to the signaller leaning out of the box with his hook. (Freight in the Peak District, Amberley Publishing)[/caption]

Although I have visited the main location of Peak Forest many times since the mid-1990s, I do regret not going up more in the late 1980s and early 1990s, before privatisation of the railways started. Back then it was British Rail and the Railfreight Trainload Sector operations and the local Buxton based Class 37s that ruled the roost with some help from Class 31s and 47s. The new Class 60s were first introduced to the area in 1991 for driver and technical training at first and I quite liked these rugged heavy-duty locomotives even more so as their engines were supplied from the Mirrlees-Blackstone factory in Hazel Grove. Little did I know then that these Class 60s would be the main traction type for my favourite traffic flow the Tunstead to Northwich limestone flow locally known as ‘The Hoppers’. These wagons and the traffic they carried were another reason for my interest in the local freight scene. Along with the various other stone and cement flows and the ‘Speedlink’ feeder service that ran between Warrington Arpley and Peak Forest where the wagons were split into separate portions for onwards dispatch to Hope for cement, Buxton for gas oil and supplies for the locomotive depot, and Hindlow for powdered lime. Plus what I considered to be foreign wagons would turn up sometimes and I would try to figure out what they were being used for. I could happily view these freight trains passing from my bedroom window. 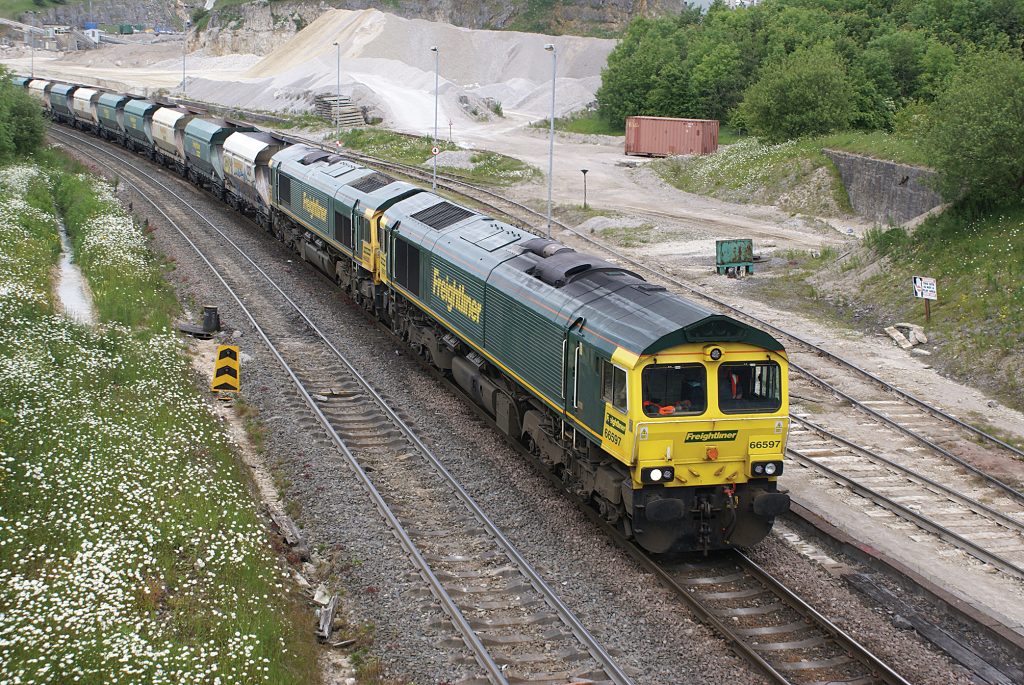 A double-headed Freightliner train of empty HIA hoppers heads to Tunstead for loading. (Freight in the Peak District, Amberley Publishing)[/caption]

It was during the mid-1990s that I picked up my Dad’s Zenit camera and soon acquired one of my own, another similar Zenit 11, which did the job in taking photographs of the trains passing through Hazel Grove and recording what was going on at Peak Forest. A better Minolta SLR camera with auto-wind on came a few years after and the better optics and focusing certainly helped. By 2007 I had saved up to buy a new Sony A100 Digital SLR which became my main camera having tried several different digital cameras up until then, the best of which was probably the Sony CD camera, which recorded onto mini three inch size CD-R discs and that performed well until the A100 was purchased. And so with the ability to take more photographs recorded onto a memory card I began to take more of the trains and the wagons that they were formed of. I still try and visit the Peak Forest area when time permits and enjoy seeing what has changed since my last visit especially the locomotive colours and wagons.

After publishing my first book in 2002 on the history of the traffic from Tunstead to Northwich and beyond, I published my own booklet in 2006, which commemorated two railway anniversaries in Hazel Grove where I grew up. It wasn’t until many years later when an acquaintance in the DEMU modelling society had his book on modern wagons published by Amberley Publishing that the thought occurred to me to maybe try getting a book of my own published. And so the idea of a book looking at the Freight traffic in and around the Peak District was born using my own photographic material. 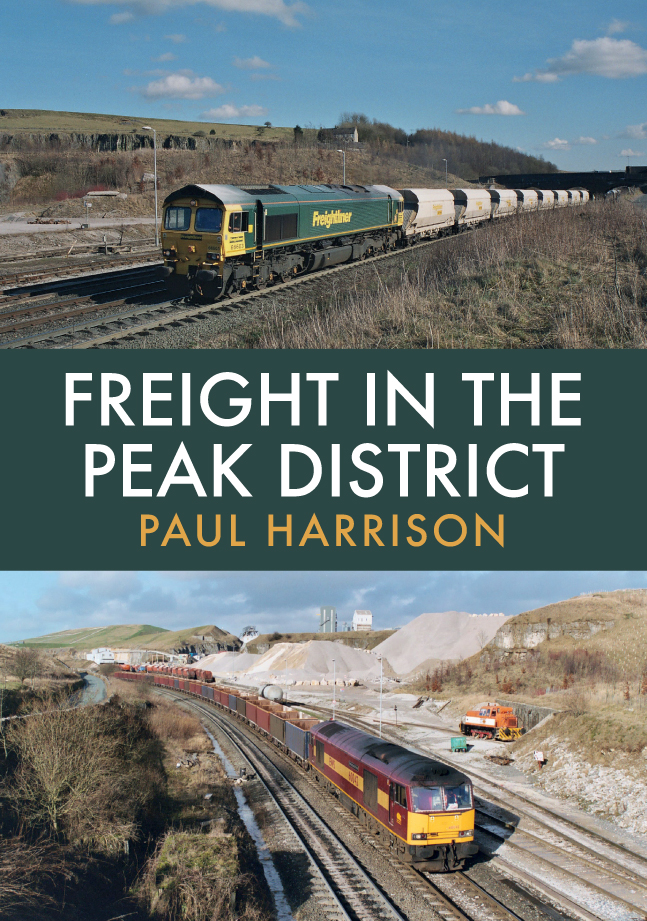 Paul Harrison's book Freight in the Peak District is available for purchase now.