Trains Around Peterborough by John Jackson

I was only a few years old when I first visited Peterborough. Although I didn’t appreciate it at the time, it was the city’s prominence at an important railway crossroads that was to blame. When I look back, I suppose my love affair with the city started at the end of the 1950’s. That enthusiasm for the city has never gone away.

My father had encouraged me to share his passion for the steam locomotive. Today that passion extends far beyond these shores to most things transport related around the world.

But Peterborough has been in my blood for over half a century. Some of my earliest memories involve the long, but exciting, train journey to visit my aunt and uncle who were then living just outside Hull, then in Yorkshire’s East Riding. The journey from our family home in Northampton meant a change of trains, and stations, in the city of Peterborough. 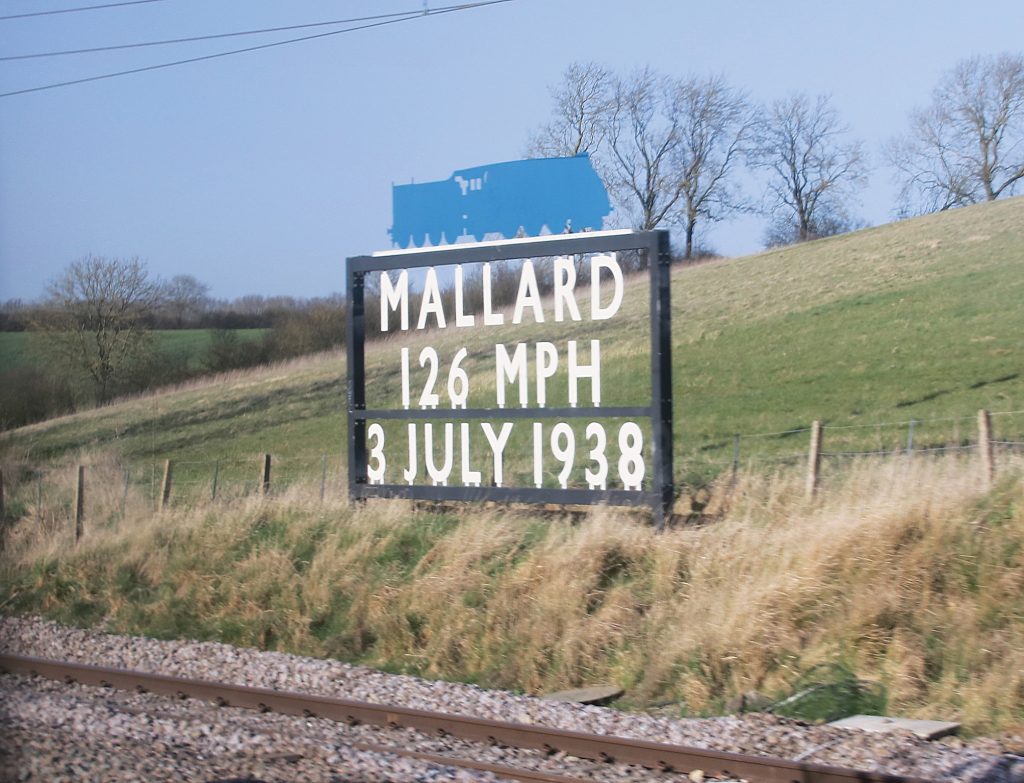 Our journey included the stretch of track just north of Peterborough where Gresley’s A4 Pacific Mallard reached a speed of 126 miles per hour. That 1938 achievement between the villages of Little Bytham and Essendine still stands to this day. It is marked by an appropriate sign that can be seen by the eagle-eyed observer passing at a hundred miles per hour!

In my earliest travelling days, in the late 1950’s and early 1960’s, steam locos still held sway although diesel power was starting to make its presence felt around Peterborough on the East Coast Main Line and beyond.

The line from Northampton to Peterborough, our line, was to fall victim to the ‘Beeching Axe’ a few years later. In common with many other lines in the area, passenger services were withdrawn as the UK rail network was cut back by around a third. The lines westwards from Peterborough towards Market Harborough and Rugby were also victims to this pruning.

Nevertheless, Peterborough remains an important railway crossroads, and its diversity of both passenger and freight traffic, continues to draw today’s enthusiasts to the station and surrounding areas.

Of course, much else has changed in those fifty or so years. The East Coast Main Line has been electrified, our railways have passed into private ownership, and Felixstowe has emerged as the UK’s largest container port. Much of this container traffic reaches its customers by crossing East Anglia and passing through Peterborough station. It is featured here but its worth mentioning that more examples can be found in my earlier Amberley Publication, ‘East Anglia Traction’. 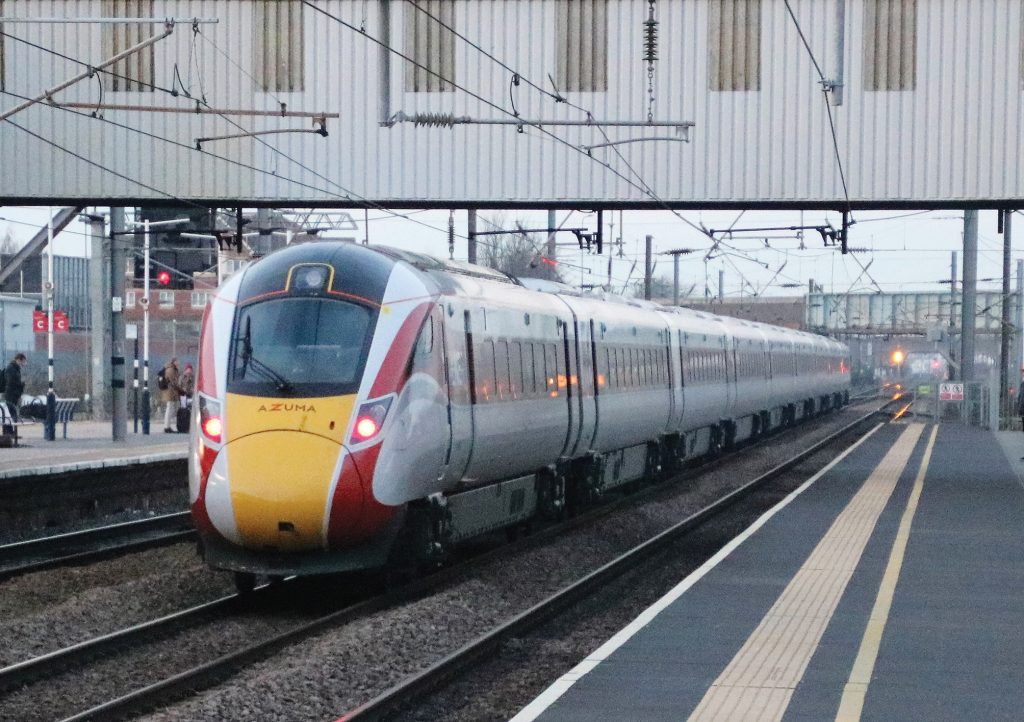 More recently, we have seen the passenger operator of intercity services on the East Coast Main Line, Virgin East Coast, surrender its franchise. This has left these services in the hands of LNER, owned by the Department for Transport, at a time when the line is seeing significant changes to the type of trains provided.

My book, ‘Trains around Peterborough’, takes a look at the rail traffic found in the area in the years leading up to these changes, together with a comparison with the scene around the time of rail privatisation a quarter of a century ago.

By the time this book appears, the word ‘Azuma’ will probably have passed into common usage. The LNER launch publicity is already on display at their principal stations, including Peterborough, where they are advertising an Azuma journey into London’s Kings Cross station in just fifty-one minutes. These Azumas, the word means ‘east’ in Japanese, are built by Hitachi and use Japanese bullet train technology. They are replacing the class 91 loco and mark 4 coaching stock that has operated the route since electrification in the mid 1980’s.

But Peterborough offers the rail enthusiast so much more than just these new Azumas. Spending time on the stations platforms offers the chance to witness passing passenger services from up to six different operators to and from most compass points around the city. The three main freight operating companies, DB Cargo, Freightliner and GB Railfreight, also provide a variety of freight types through the area, alongside more unusual offerings of just about any type of loco and train seen on the network today.

I hope you have the chance to share this journey through the pages of this publication. 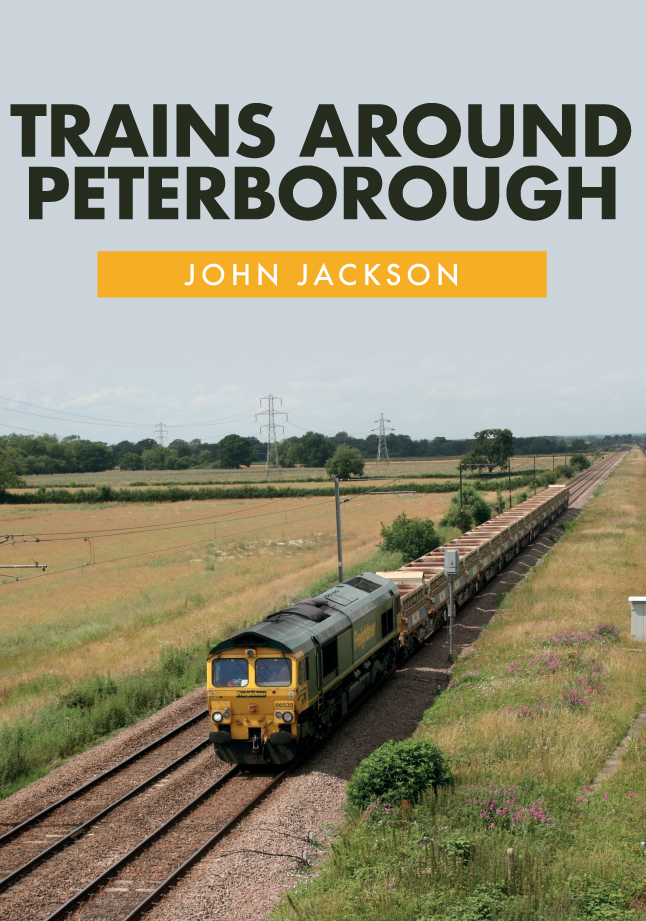