The Enemy Spy Captured by the British

Many books have appeared about the various agents employed by SOE, the Special Operations Executive, as well as the German agents who landed in Britain during the Second World War, due to the ongoing interest in anything related to the war. Some of these are new accounts, while others are reappraisals of some of the more familiar names. There are, however, many who have yet to be discovered and written about. That was what I had in mind when I wrote Rough Justice. I had originally wanted to call it The Spying Dutchman, a pun on Wagner’s The Flying Dutchman, but the book required a title that better reflected the seriousness of the subject matter, so it was changed.

The story of Johannes Marinus Dronkers and his two Dutch compatriots, Jan Bruno de Langen and John Alphonsus Mulder, is a fascinating one as it reveals MI5’s methodology in handling spy cases since the war began. Yet while MI5 had successfully rounded up all the spies working for the Abwehr within a few days of their landing, and turned some of them into double agents, the cat-and-mouse game played by both sides would sometimes appear as amateurish. It’s true MI5 had ISOS, the breaking of Abwehr hand ciphers, on their side which gave them forewarning of Dronkers’ arrival, but their decision to prosecute him under the Treachery Act (1940) and not to turn him as a double agent under the Double-Cross System was something I was curious about and wanted to explore. It also reflected how the Germans used these three men as pawns and how one, at least, was sacrificed for the greater good. 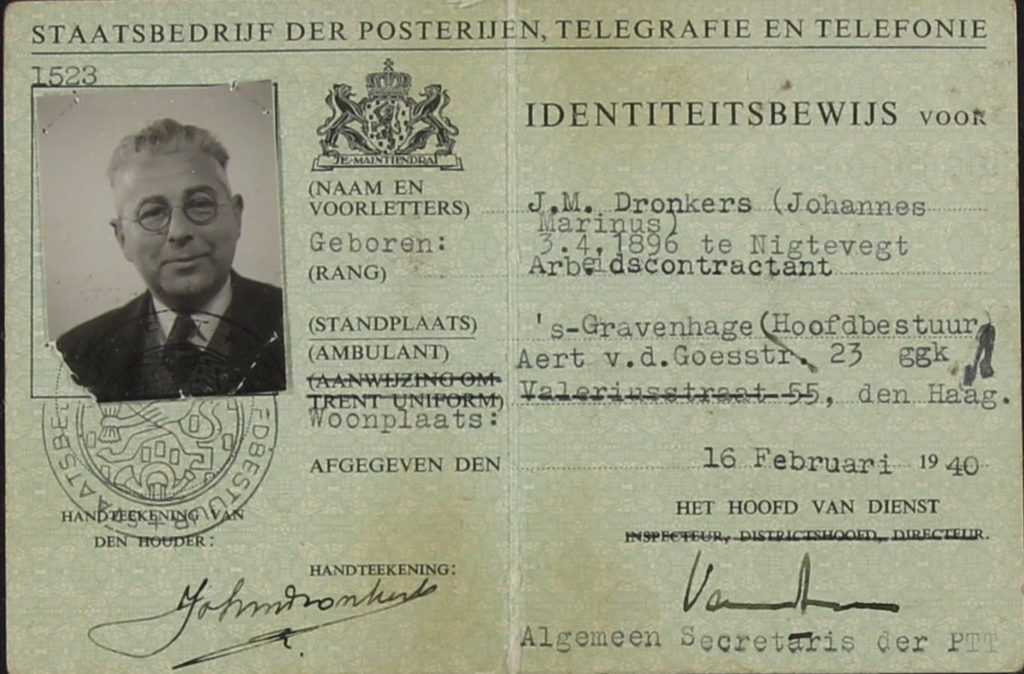 What got you interested in the story in the first place? My interest in Dronkers’ case stems from 1981 when a brief entry about him appeared in British intelligence historian Nigel West’s unofficial history of MI5’s early years. Dronkers’ yacht had been towed into Harwich, my birthplace, so that got my attention. A slightly longer account of his story appeared in 2000 in a declassified history of Camp 020 on Ham Common, London written by Lieutenant Colonel Robin ‘Tin-Eye’ Stephens, the Camp’s former commandant. The official files on the case had been released to the National Archives at Kew in 1999 but it wasn’t until the winter of 2014/15 that I discovered that most of them were now available digitally, meaning that I was able to download them from the comfort of my home in Ottawa. As I had retired in 2010 I now had the time to research the case fully.

Why did you write the book? At first I hadn’t actually intended to write a book, but as I started reading the official files I began to realize that there was more to Dronkers’ story than met the eye. It wasn’t just a simple wartime spy story, but one which raised a lot of serious issues about how spies were treated during wartime, something which other authors of the genre have since commented on. It was a story that needed to be told. I’m not an historian but I’ve always been interested in history, right from when I was a small boy. Later it developed into military history and espionage. Most of what I’d written before had been professional papers on various heritage-related subjects in my former profession as a paper conservator and dealing with museum security, but never a book about espionage; however, I felt I was up for the challenge.  After that, it just took off.

Researching the case. As well as Dronkers’ and Mulders’ files (there were none available on de Langen) I also needed to access files on other characters (British, German and Dutch) which helped to complete more of the jigsaw. I had some help in tracing the genealogy of the families from a second cousin of de Langen in The Netherlands. By a process of elimination I was able to uncover the identity of who I believe was Dronkers’ controller, the mysterious ‘Dr Schneider’, and with the help of a pharmacist friend information on Dronkers’ recipe for secret ink. One file I had declassified under the Freedom of Information Act (FOIA), although one page still remains unavailable in spite of attempts to get it released; a couple of other files which had not be digitized were seen when I went to Kew just before Christmas 2015. Particularly revealing were the judge’s notes from Dronkers’ trial. What struck me was by the peculiar way in which the court drama unfolded and the language of the courtroom during the trial, originally held in camera but now open for all to see. Was Dronkers really a spy? Was he really guilty of the charges of which he was accused? Had he been set up by the Germans and/or the British? Did British authorities go too far in this particular case, or were they justified in their actions? In the modern counter-terrorism context, these are questions of the sort that are also being asked today with regard to torture, ‘extraordinary rendition’ and legislation aimed at international terrorism. The war years were difficult times, and desperate measures needed to be introduced to curb the Nazi threat of world domination, but those measures seem as barbaric then and, at times, as unjust, as they do today.

Spoiler alert! Also that year, before the book was published in 2016, my wife and I visited the Museum of London’s exhibition The Crime Museum Uncovered, which displayed artifacts from Scotland Yard’s Black Museum, items hitherto not available to the public. There in one section was the hangman’s kit from Wandsworth Prison, complete with a series of nooses, straps and hood. I froze. Could one of these have been the noose used to hang Dronkers? This was a surreal moment and as close as I had come to his eventual demise. 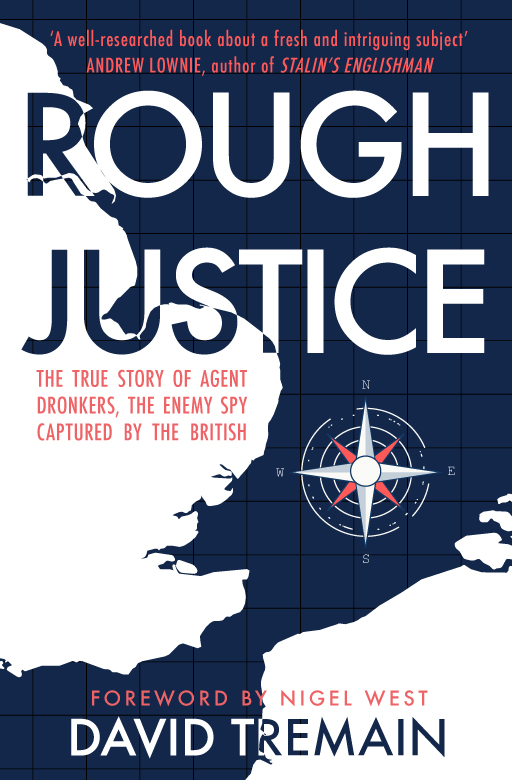 David Tremain's new paperback edition of Rough Justice: The True Story of Agent Dronkers, The Enemy Spy Captured by the British is available for purchase now.