Wolverhampton Through Time by Alec Brew

It was a single image which inspired me to write this book, a friend’s photograph of a solitary Austin Seven under the railway bridge at Compton sometime in the 1930s. I knew that a modern photograph taken from the same spot at any time, day or night, would show a whole stream of traffic in both directions. Even the bridge is no longer a railway bridge but carries the words Smestow Valley LNR, which does not stand for Long Neglected Railway as you might think, but means Linear Nature Reserve. 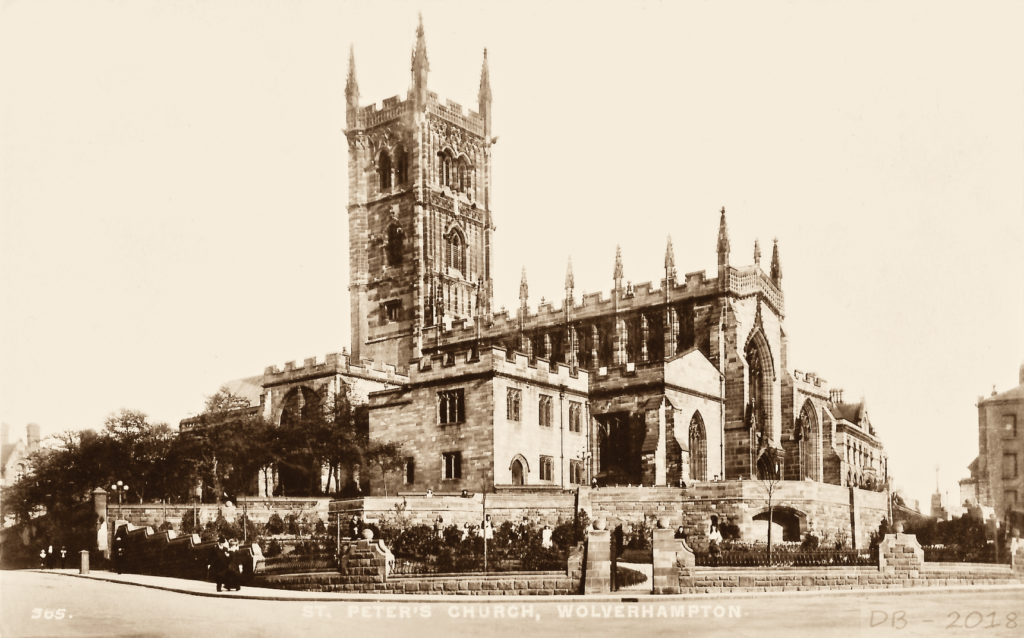 In the end I never actually used this photograph, but chose from my own huge library of images of the City, collected over 30 years of writing about Wolverhampton’s history. What could be easier, I thought, than strolling round with a camera and learning if things had changed over the last century as much as I imagined they had changed? The very first photograph revealed a problem I had not envisaged.

I decided to start with St. Peter’s Church, the focal point of the City atop the ridge on which it stands, with no high rise buildings allowed to block its dominance. I had an image from 1902 taken from just the other side of Lichfield Street, so I made my way to the same spot, and I couldn’t see the Church! There were too many trees in the way. Have trees recently been allowed to mature in urban churchyards to a degree they never were before? 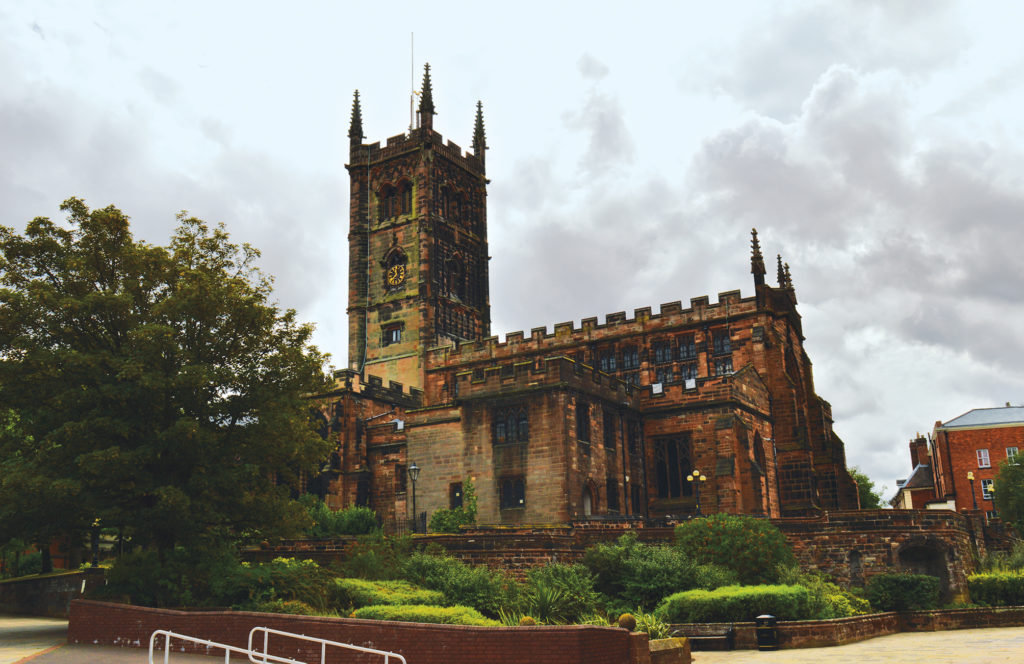 Nowadays, as seen above, trees have grown to obscure much of it and the Civic Centre encroaches on the right. (Wolverhampton Through Time, Amberley Publishing)[/caption]

A photograph featuring just trees did not seem too interesting, despite what it might reveal about ecclesiastical fashion. In the end I found another image of St. Peter’s from the other side, where there were fewer trees. This was a problem I had to resolve many times, and any Wulfrunian to whom I mentioned how annoyingly verdant the City had become, was just as surprised as I had been.

I had expected to find the changes in the cityscape wrought by the 1960s planners, and their preferred medium of change, brutalist concrete. The beautiful Central Arcade and Queens Arcade replaced by the concrete tunnels of the Mander Shopping Centre. The Victorian High Level Station replaced by what looks like a huge public convenience. The Victorian Retail and Wholesale Markets swept away to make room for the Civic Centre, looking like a huge bunker from Hitler’s Atlantic Wall. 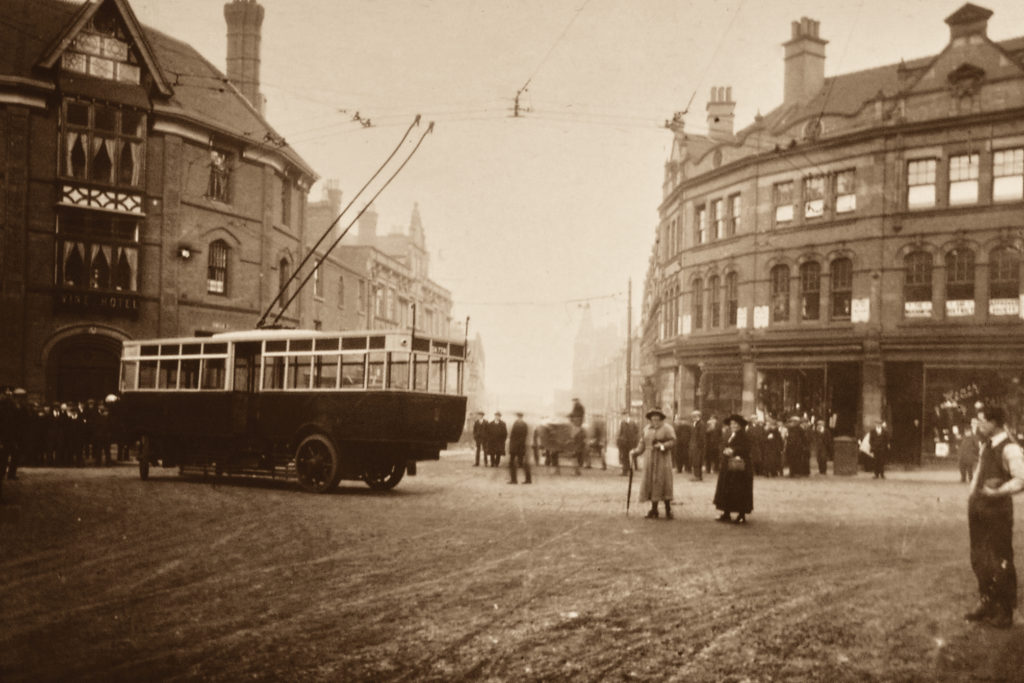 A Tilling Stevens TS6 trolleybus turns down Broad Street on its way to Wednesfield. (Wolverhampton Through Time, Amberley Publishing)[/caption]

Of course, I knew about the destruction wrought by the Ring Road, that wide noose thrown round the centre of Wolverhampton, which had flattened so much of it, and strangled the rest. In many cases it was hard to relate a photograph taken even as late as 1970 with what is there today. Where once there were communities, now there is just traffic.

The other major change is the disappearance of those huge companies which dominated each area of the City; Goodyears, ECC, Bayliss Jones and Bayliss, The Sunbeam, GWR’s Stafford Road Works, and others. Where once workers walked from their terraced house just round the corner to the factory where their father and grand-father had worked, now there are new semi-detached houses, or offices, or acres of rubble, overgrown with buddleia. 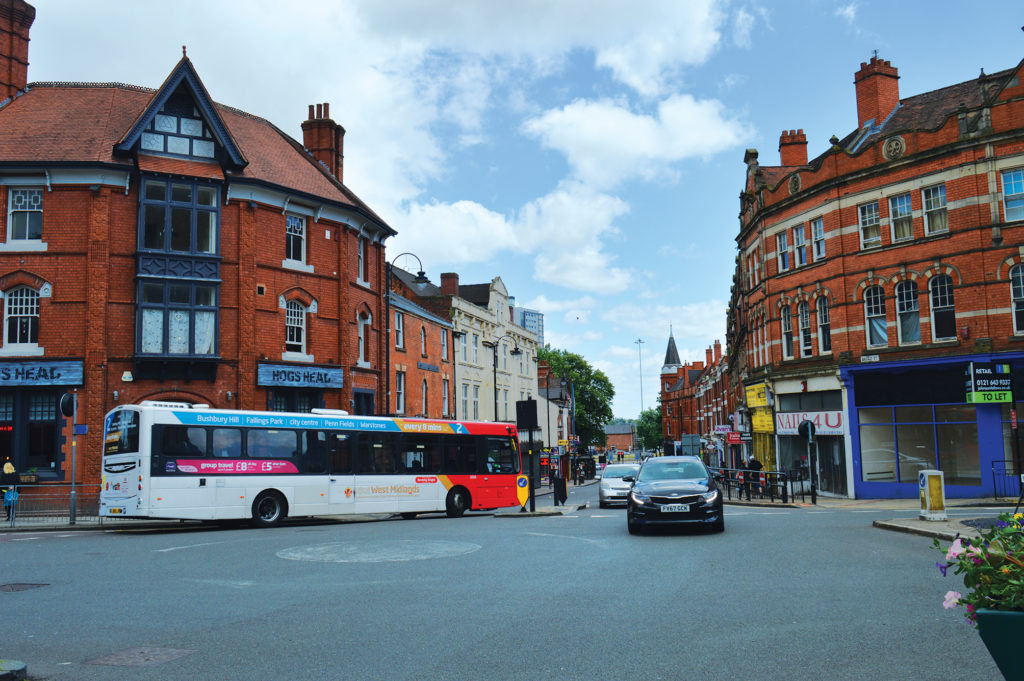 Broad Street - single-deckers had to be used on this route until the road under the railway bridge was lowered. (Wolverhampton Through Time, Amberley Publishing)[/caption]

Despite being of an age when I view the World through nostalgia-tinted spectacles, it was not all doom and gloom, I was often pleasantly surprised by what I came to photograph. As I have related the trees were a big revelation, but often old buildings had found new, agreeable uses. Sunbeamland becoming apartments, the Queen’s Building once more becoming the focal point of the City’s transport hub, the Molineux Hotel becoming the City’s Archives, or Butler’s Brewery becoming the University’s Faculty of Architecture, though putting students in a brewery would seem fateful.

Actually the biggest positive impact on the City has been the monumental growth of the University. When a Polytechnic had followed the fashions of Wolverhampton’s planners and built in fifty shades of hideous.  How ironic that the College of Art had been the ugliest building in the City, and how amusing, now that it has become the Faculty of Art, that the forest of phone aerials on the roof looks so much like a modern art installation. Now the University of Wolverhampton, its new buildings seem in keeping with their surroundings, and thankfully it has found new ways of using old buildings like the Criterion Hotel or the Fox Public House, which has saved them.

I am sure that anyone who undertakes a similar exercise in depicting their town ‘Through Time’ will have similar takes to tell. While expecting to find ‘change and decay in all around I see’, sometimes you might be pleasantly surprised. 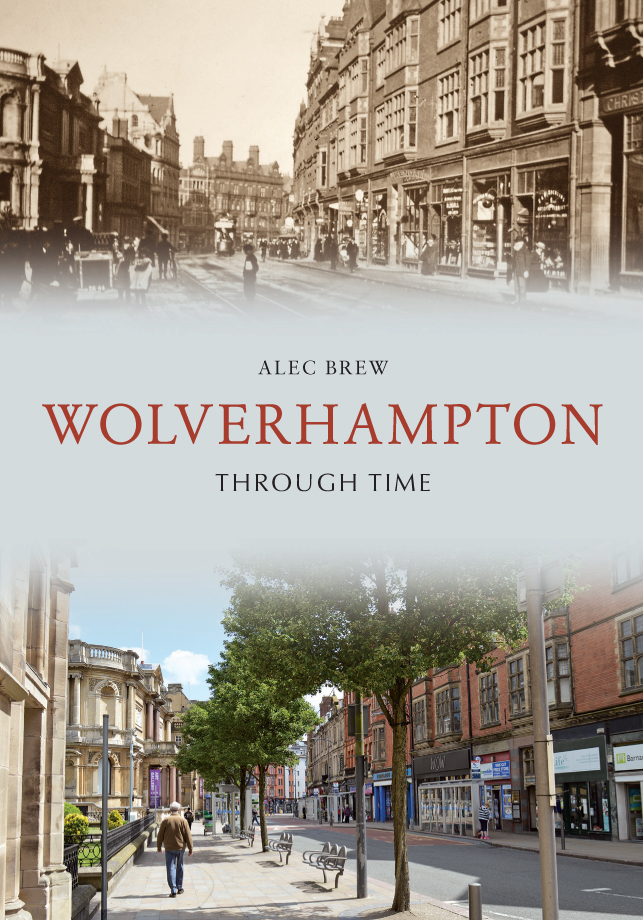