A-Z of Horsham by Eddy Greenfield

A-Z of Horsham is not just another book on Horsham. It is not a bland visitor guide to the town, nor is it a gazetteer of familiar landmarks. Instead, it is a journey of discovery of the people and events behind these landmarks – sometimes shocking, sometimes amusing, but always fascinating (I hope!). I have aimed to dig beneath the surface to find the hidden, long-forgotten and lesser-known aspects of Horsham's long and diverse past. In fact, I was determined that A-Z of Horsham was not going to just re-tell the same old stories about the same old places that can be found in innumerable books you may find on the shelf. I was aiming to write a book that would be of equal interest to those who are already quite familiar with Horsham,  as well as those who know little of its past. 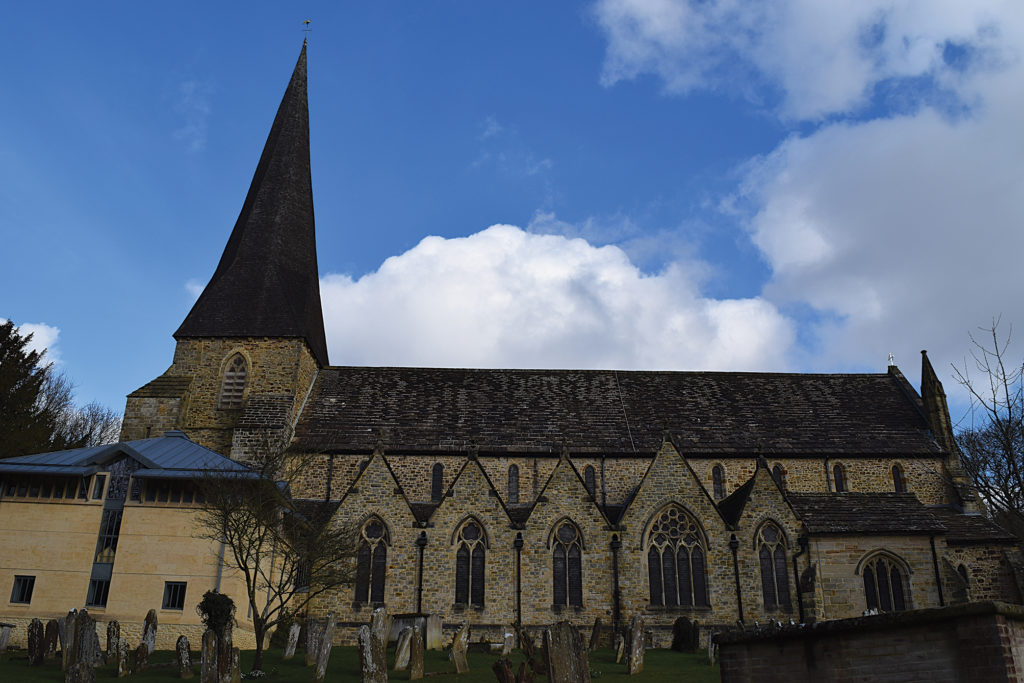 With stories from the prehistoric Horshamosaurus to the spate of earthquakes in 2018, it was of course impossible to produce a definitive history of the town, but a peek at the contents will quickly alert the reader that they will be taken on a journey across many eras and many subjects. Some familiar town landmarks are mentioned, but the book is by no means an A-Z street atlas of what can be found where – the anecdotes about each one is perhaps not what the reader may at first expect. The Anchor Hotel is certainly an historic and prominent building, but the book actually tells the unusual tale of how it was the centre of several marathon feats of human endurance. Similarly, St. Mary's Church is not full of dates and numbers, but draws the reader to notice some of the less obvious features of the building that can be seen such as the twisted spire, grotesque corbel table carvings and even a stuffed owl! 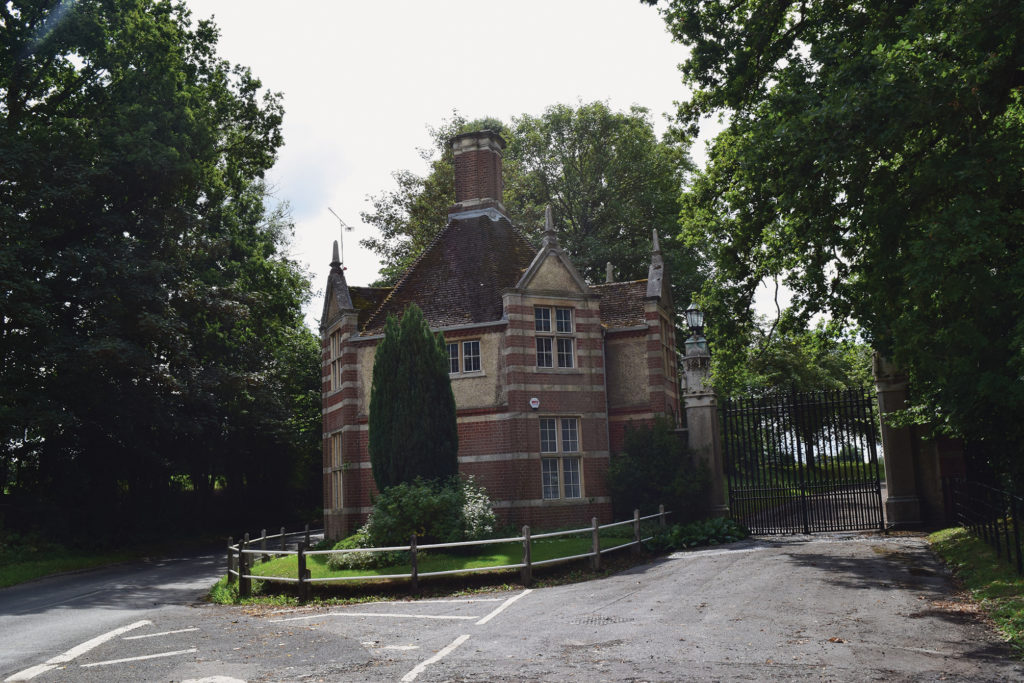 Christ's Hospital can be found as the entry for E (for Education) and uncovers tales of incidents during the school's construction rather than re-telling the histories of its famous scholars. O covers the Old Town Hall, but you are more likely to learn of a Victorian prank involving a horse cart and paving slabs, or how there almost came to be no town hall at all, rather than the mundane activities that took place within its walls. The former King's Head is the subject of Y, but the reader will actually be introduced to a series of cruel public auctions of seized property held there as opposed to a mere listing of patrons and landlords over the centuries.

The most difficult thing about writing A-Z of Horsham (aside from trying to get clear photos amongst the crowds – often having to wait a considerable amount of time to quickly snap a photo, and getting many strange looks from passers-by!) was deciding what to write about. Many letters could have had multiple entries, and so it became a matter of deciding what to include in the space provided. As I acknowledge in the introductory chapter, many of the entries are worthy of an entire book in their own right, but I have attempted to give as much detail as possible on each entry. In some ways, this aided in ensuring I kept a strict focus on writing only about the more unusual aspects. I also opted to give over more space to one or two subjects that I personally found particularly interesting, intriguing or shocking and that I had not come across in any other book I have read on Horsham over the years. I hope that I managed to strike the right balance overall. 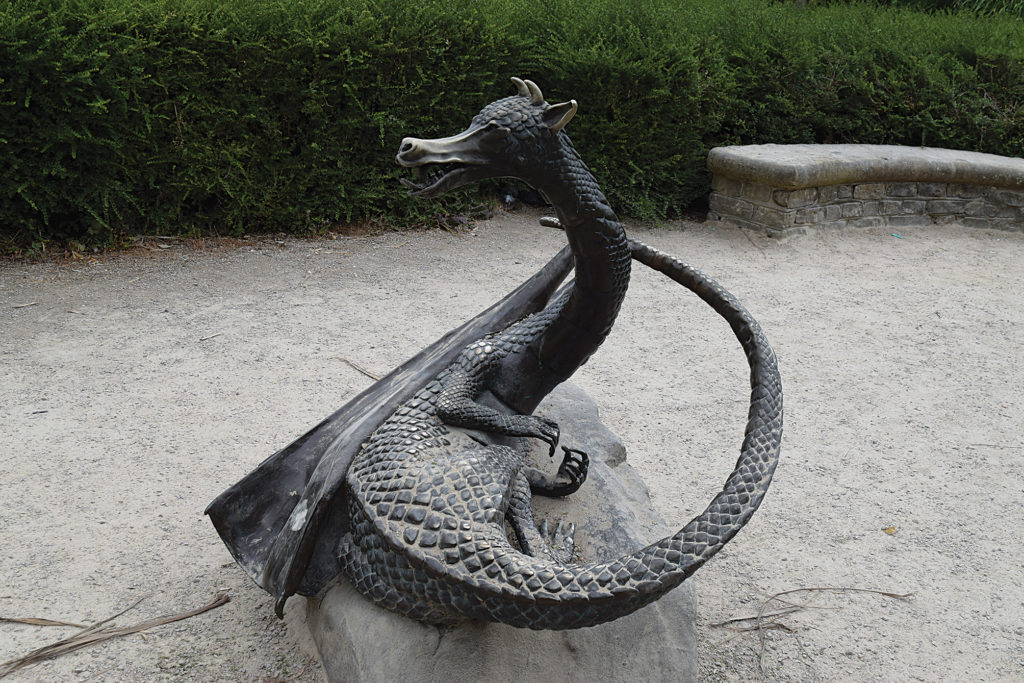 Among the many tales readers will come across in the book include the time Billingshurst villagers took matters into their own hands by ducking an abusive husband, how the Horsham town gaoler found himself accused of witchcraft, a smuggler accused of stealing his own horse, a Persian princess buried at St. Mary's Church, infamous prisoners held at the town's gaols, why the local Royal British Legion once had a swastika pennant, how the town struggled against the plague, the corruption that led to Horsham becoming a thoroughly rotten borough, an uprising of the town's poor in the 1830s, why children were forcibly taken under armed guard to Shipley, a plethora of notable visitors and foreign royals who visited Horsham, how Horsham seems to attract abnormally large hailstones, and several tales of the supernatural and UFO sightings.

There are tales of plague and witchcraft, the famous and the infamous. Spies, internments and prison camps feature in several chapters. Weird weather, zany buildings and paranormal encounters are contrasted with political corruption, royal visits and wartime air raid incidents. With publication coinciding with the very first Horsham Year of Culture, there are stories that will surprise, shock and amuse, I hope that A-Z of Horsham will fascinate and intrigue the reader from start to end and perhaps lead to you start exploring what lies concealed behind the visible façade of this ancient town for yourself. One thing is for sure: once you have finished reading the book, you'll never look at Horsham the same way again! 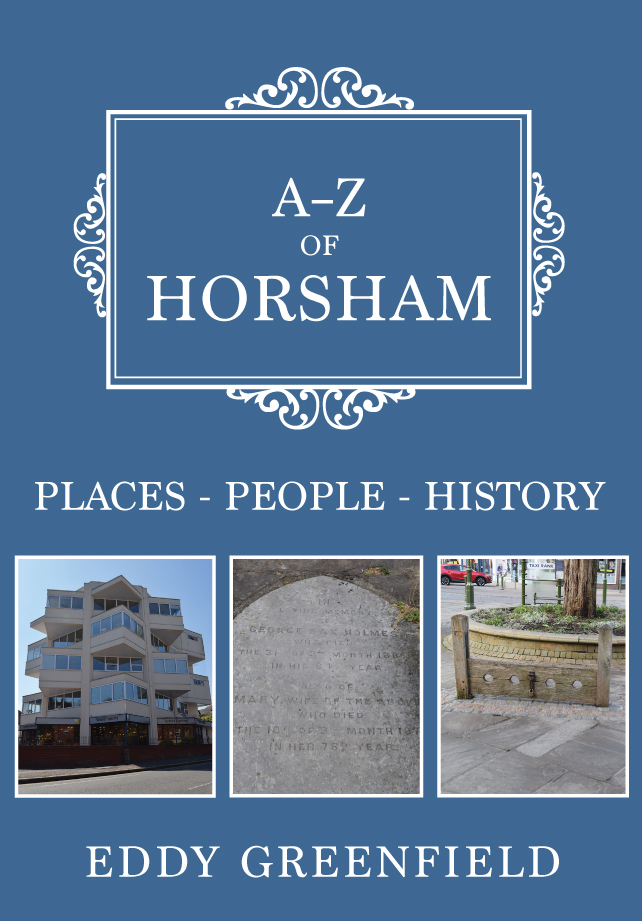