Steam in the British Coalfields by Mick Pope

Trainspotter, a description that has somehow become a term of ridicule, conjuring up an image of some bespectacled nerd who is unable to function in normal society and definitely won’t have any dress sense, wife or girlfriend. Funny how this has come about as an interest in railways in general as the second most popular hobby among men in the United Kingdom after angling. I did wear glasses as a young lad and so I was part way there already! 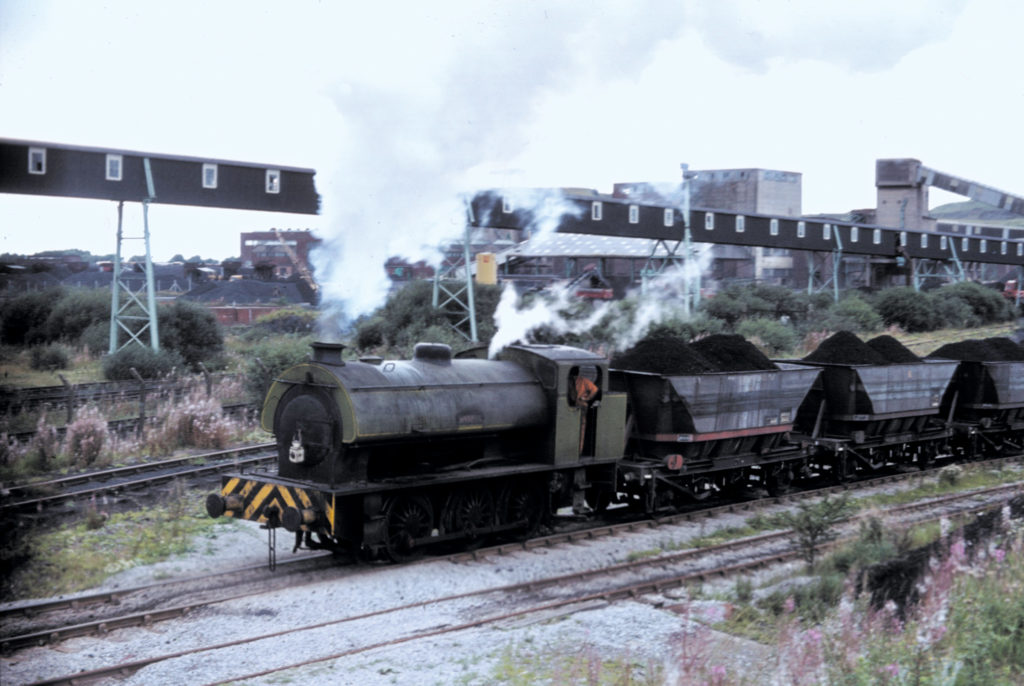 I must admit that my father was the first to encourage me to take an interest in the model variety of trains, having himself grown up as a collector of the old fashioned clockwork, tinplate Hornby ‘O’ gauge ones. I suspect his encouragement was merely to give legitimacy to him continuing his own passion as I had only a passing interest at that time. Then one day I was rebuffed by a school friend when I asked him what we would do over the coming weekend. After a hushed conversation with another friend he declared that he was going to Chester station to collect train numbers. It seemed a bit pointless to me but I tagged along anyway out of curiosity. I was advised to buy a ‘locoshed book’ published by the Ian Allen company as this contained the number of every locomotive working for British Railways, as it was then, plus the place where they normally were based. I was told that I also needed a notebook and that I should write down the number of every locomotive seen and then underline that number in the locoshed book when I got home. It all seemed a bit boring although it had an element of acquisitiveness that is present in most kids. One day and I was hooked! There was just something about the big powerful machines that seemed alive. I didn’t know what I was looking at in any detail but noted that some locomotives had names, that some were green, most were black and some very special ones were a kind of red and these got a special cheer from the assembled spotters. I needed more information and so bought more detailed pocket sized books with photographs and technical details. I learned fast. 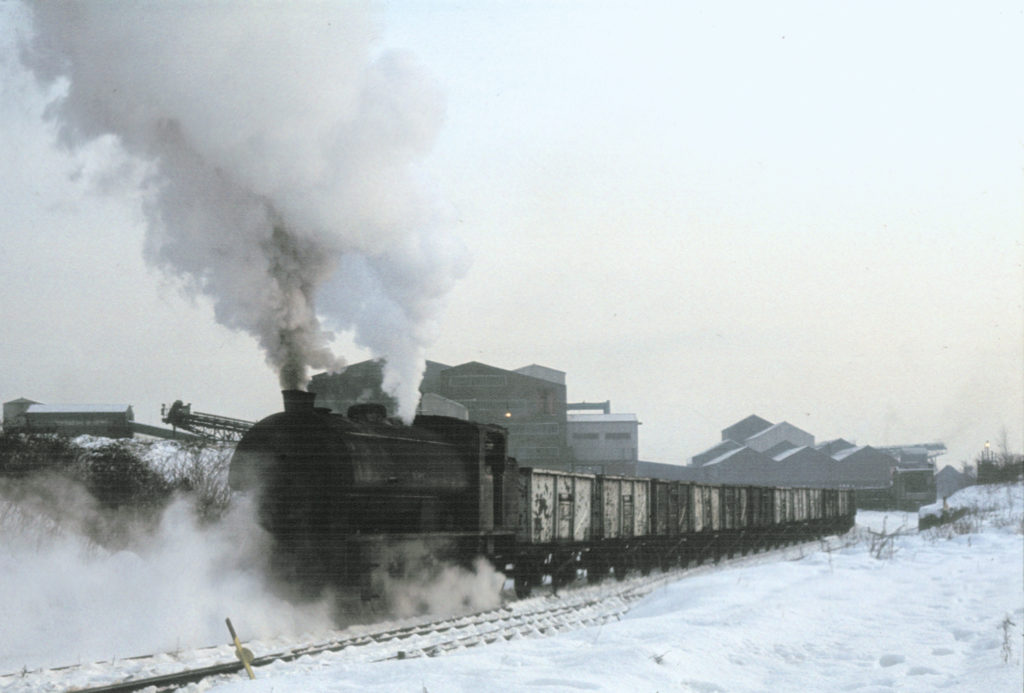 Warrior with a rake of 16-ton mineral wagons. The snow manages to cover what was normally a very muddy environment! (Steam in the British Coalfields, Amberley Publishing)[/caption]

With my friends we travelled further afield. Holidays on the south coast, and with relatives in Somerset, introduced me to new kinds of locomotives. We revived a moribund railway society at our grammar school, really just an excuse to obtain permits from British Railways to visit their locomotive depots, although we frequently ‘bunked’ these places, i.e. sneaked in without permission. Being well over six feet tall at age sixteen I could pass as an adult and, telling that little white lie, was allowed to obtain the required permits.

Eventually, as with many childhood fads or hobbies, many of my friends gradually dropped out. By this stage I had also developed an interest in photography and, again encouraged by my father, owned a reasonably effective camera rather than the Kodak ‘Instamatic’ used by most of my fellow enthusiasts. By this time British Railways was rapidly disposing of its steam locomotives and collecting their numbers had become a bit pointless, you could never see them all which had been the original aim, and so taking photographs of what was disappearing seemed a sensible thing to do.

Around this time I got a place at Nottingham University and, as bad luck would have it, this was an area where steam power had already been eliminated. Studies in Nottingham and a girlfriend back home took up most of my time and money. One day in 1968, the year steam locomotives were eliminated on British Railways, I was sat in the Social Science library at the university pondering a life without steam locomotives when I spotted a column of steam moving about in the distance. This puzzled me as it was unlikely that anything had strayed from the last stronghold in the North West. Studying an Ordnance Survey map that evening I guessed that the steam was coming from Clifton Colliery. I checked this out and sure enough they had a small steam locomotive. I knew from my GCE ‘O’ level Geography that there were lots of coal mines around Nottingham and therefore there might be other places with steam power. Further research discovered that there was actually a national society for those interested in industrial locomotives and that they published books recording every location and what could be found there. My studies took a downward turn and I was out and about, ironically photographing not the coalmining locations, few had steam power working by then, but the ironstone quarries in Lincolnshire, Rutland as was, and Northamptonshire. 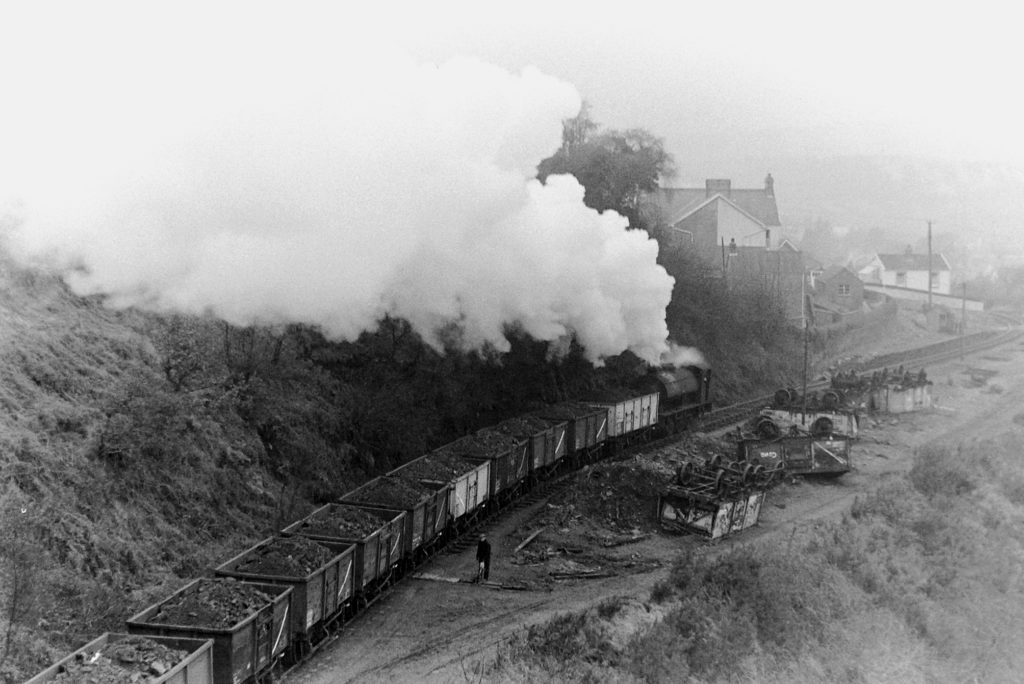 Descending from the colliery, a loaded train passes the mangled remains of a recent load that ran away on the steep gradient and derailed. (Steam in the British Coalfields, Amberley Publishing)[/caption]

Returning home to Liverpool once I graduated – with a very moderate degree – I found that the coal mines of Lancashire were still home to many steam locomotives as were those a little further afield in Cumbria. By the early 1970s my younger brother had also become something of an industrial steam nerd by this time, being handy for the last strongholds in North Wales, and so we went on expeditions together.

Sadly even this means of satisfying our appetite was diminishing and in 1975 I made my first trip abroad to photograph steam locomotives in East Germany, Poland and, with my wife to be in tow, Spain and Portugal. By the end of the 1980s I had added, with several visits, India, China, South Africa, Turkey and Zimbabwe to the list, photographing both steam trains on the national lines of those countries but also industrial sites. When asked if I had seen the ‘Terracotta Army’ on a trip to China I had to answer ‘No but I did go to the steelworks at Anshan and the forestry line at Langxiang’ [where we taught the local workers how to play musical chairs at a social evening]!

I had many adventures on these trips, some printable, some not! I also have a cupboard full of negatives and colour slides that I need to transfer into digital format before they fade away. So call me a nerd if you must but I have seen far more of the world than most and don’t regret it one bit. See my photos and judge for yourself! 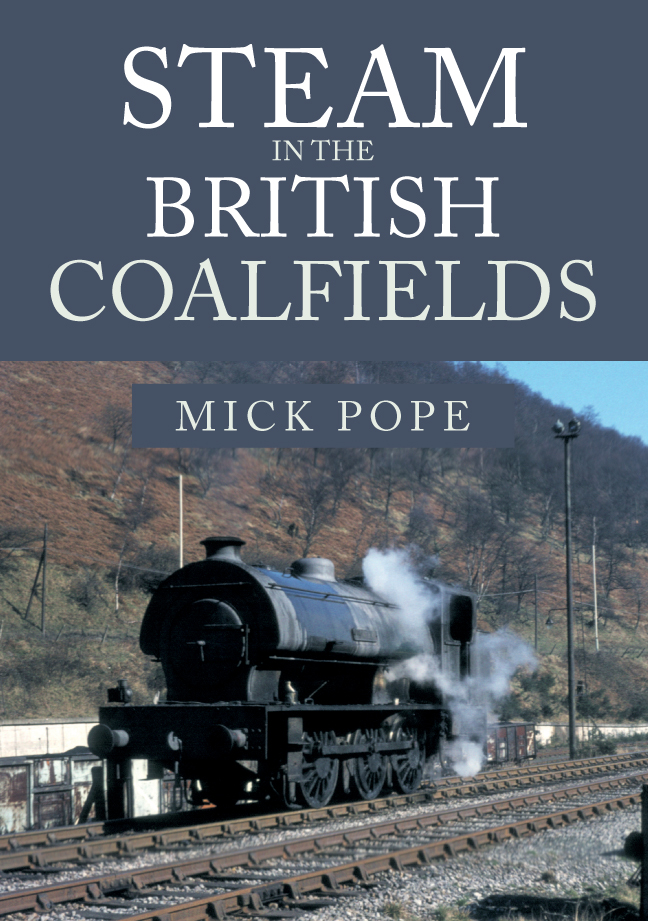