For much of Edinburgh’s long existence, there was only the Old Town. Perched on a high basalt ridge, it slowly turned from a collection of rude cottages with a fort at the top and arable slopes on either side, to a collection of towering tenements clinging to the ridge. 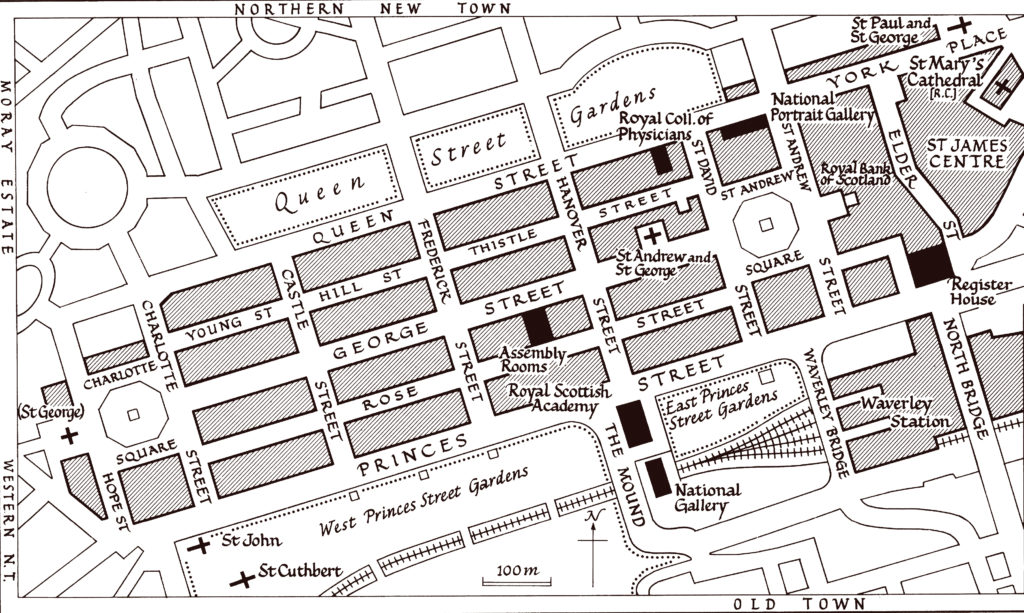 This was the perfect defensive site. Scotland’s history was a turbulent one, so the Old Town never really expanded. It just got more and more crowded. Surrounded by a fortified wall, the greenery disappeared under a rash of tenements, which grew so high they were the tallest in Europe, reaching fifteen stories in some spots. People lived in underground cellars and tunnels, sanitation was non-existent, and the dwellings were rickety fire hazards and living conditions utterly deplorable. By the time the New Town came along, The Royal Mile’s glory days were fading. A huge number of Edinburgh aristocrats and ambitious, well educated innovators had taken off for London, were no longer willing to live in such a dirty, smelly, violent place.

North of the city, however, were vast swathes of pastoral land. Separated from the Royal Mile only by the pungent expanse of the sewage filled Nor’ Loch, it was too tempting a prize to ignore. Along with Glasgow, Edinburgh was the focal point of the Scottish Enlightenment and still teeming with men of learning. Though the crowded conditions in the Old Town had actually been a perfect cauldron for brilliant ideas and innovation, better living conditions were deemed essential if all those geniuses were to be persuaded to stay. In 1752 a pamphlet called Proposals by Sir Gilbert Minto (1693-1766) argued that a nice new northern development was just the ticket to stop a potential brain drain and bring the cream of Edinburgh society back. 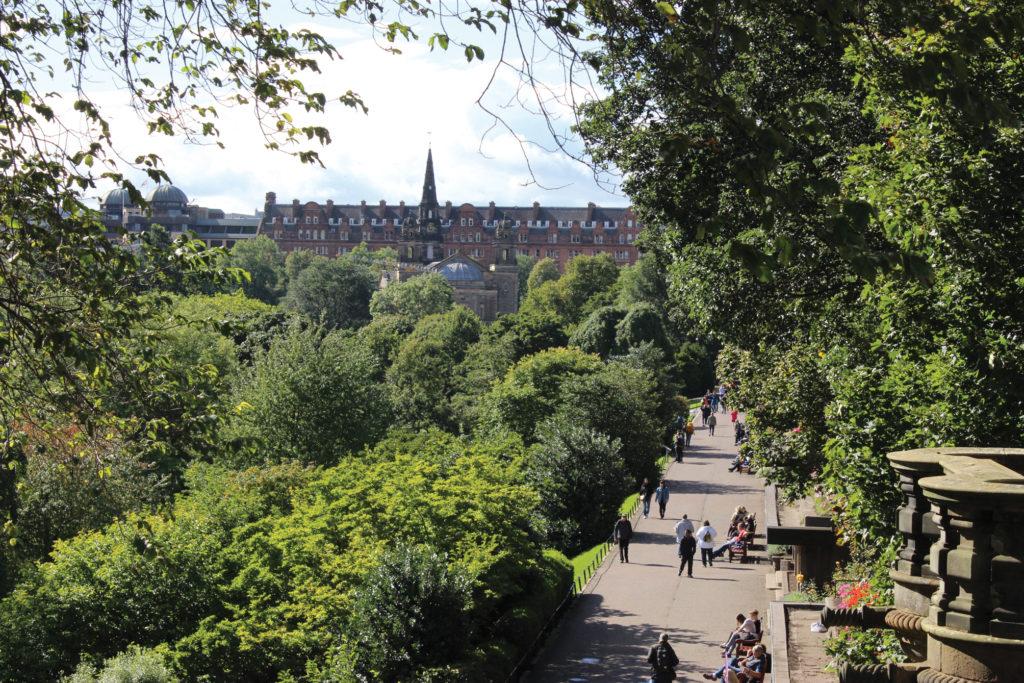 This required more than a new area to inhabit. It called for something to equal, or even surpass, the finest suburbs of London. Nothing parochial. British rather than Scottish, to give a cosmopolitan and classical feel. After all, you couldn’t beat the Greeks and Romans at this sort of thing.

The man who got the ball rolling properly was Lord Provost George Drummond (1688-1766). His tentative first step was to build a gateway between the Royal Mile and the flat, open lands ripe for development – the North Bridge. Next, Drummond needed a builder with a grand plan. So, in 1766, the city launched a competition to design a New Town for Edinburgh.

The winner was a little-known architect named James Craig (1739-1795), only 26 at the time. His layout wasn’t exactly earth shattering, merely a simple grid structure of three parallel main streets with a large square at either end. But it was loaded with allegory, (very) roughly mimicking the Union Jack, symbolizing the union of Scotland and England under the reigning king George III (1738-1820). 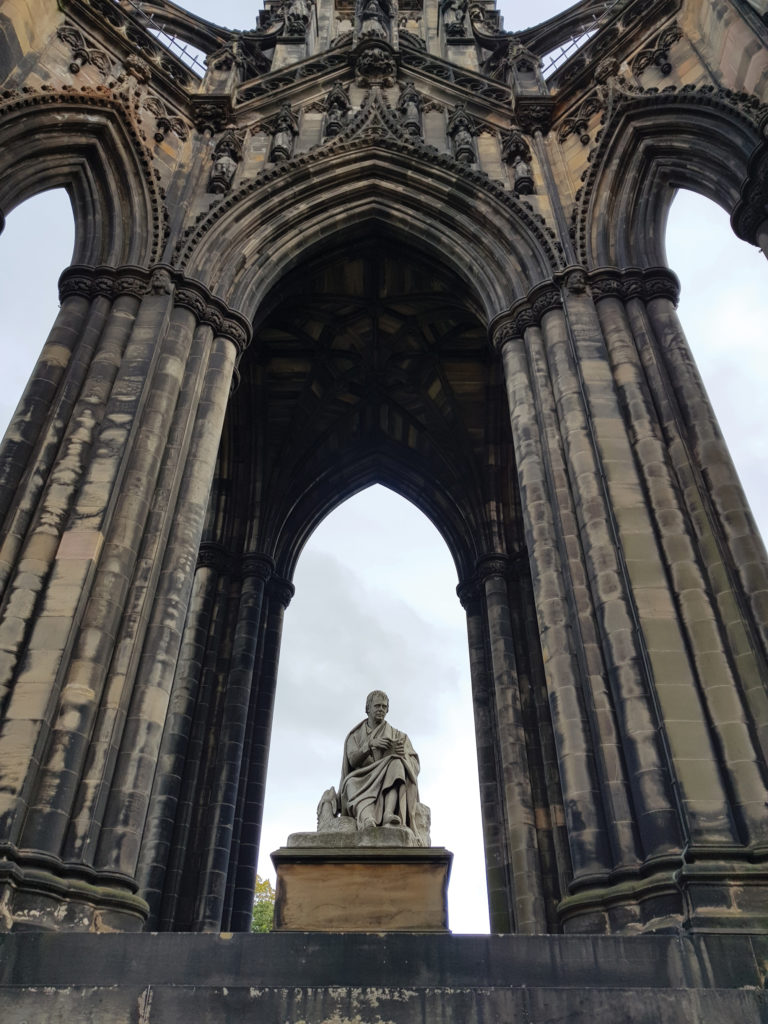 But the New Town was also symbolic of the Scottish Enlightenment and its beliefs – that society and its environment could be improved by logical and pragmatic thinking. Though grand in scale, the layout was deliberately functional and uncomplicated, rather than the organic, messy development of most cities.

A natural reluctance by Edinburgh’s citizens to embrace change meant that it took almost fifty years to finish the first New Town. But the result was stunning and the influx slow and steady.  Ironically, the aristocrats Scotland hoped to entice back avoided the place, since they couldn’t plonk some stately home with a mile long driveway in the middle of such a carefully regulated area. This was no great loss, for it was the wealthy and cultured middle class who were most enthused by the ideals and aspirations of the Scottish Enlightenment. And they loved the place.

This, to me, is the great irony of the New Town. In my opinion, the truly innovative ideas of the Enlightenment came out of the Old Town. Carried to the New World, they found a receptive audience in the thousand of Scots Irish and Scottish Presbyterians who had relocated there. This irrevocably shaped the ethos and national character of what would become the most powerful country in the world – the USA.

Naturally, the occupants of the New Town were less radical, happy to keep up the momentum that had started on the Royal Mile. The ‘Scottish School’ of thought argued that we were ultimately creatures of our environment – and what an environment the residents now had. But they had no intention of resting on their laurels. They acquired knowledge like sponges. Considered bettering themselves a necessity. Exuded an unshakeable self confidence that their English counterparts now lacked and their predecessors in the Old Town, brilliant though they might be, had never really known. Along with Glasgow’s more free-wheeling counterparts, they altered the face of the globe by becoming the practical and intellectual backbone of an even greater force than the USA. The British Empire. 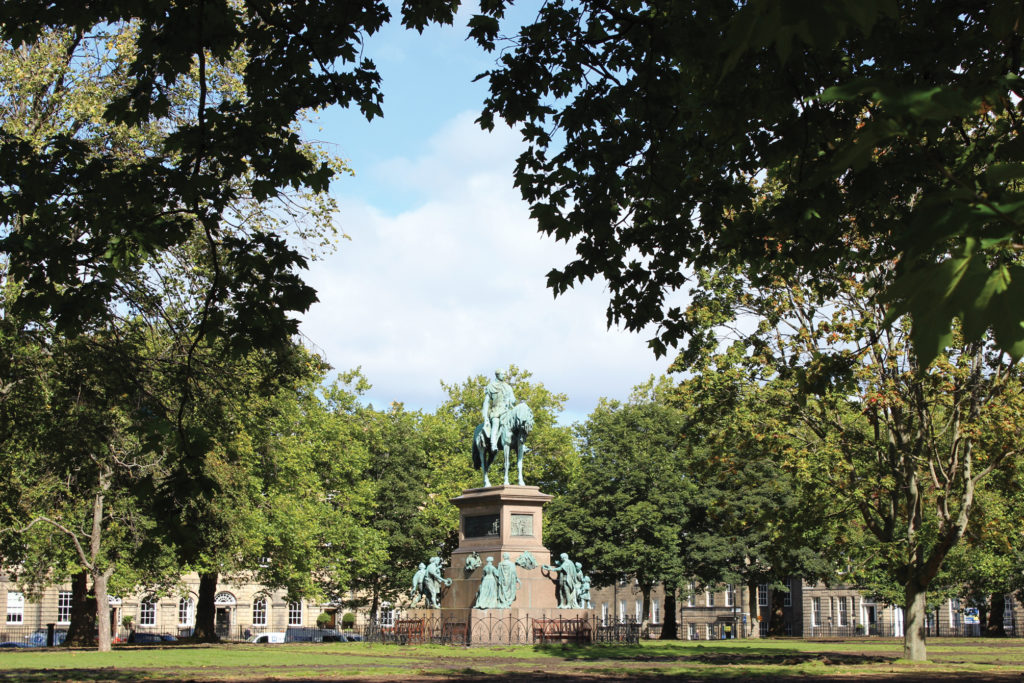 The city of Edinburgh finally had a civilized veneer and projected itself as ‘the Athens of the North’, despite the Old Town being a total cesspit. And that’s the sad part, in a way. For the first time, true public division had arrived. Instead of the rich and poor living cheek by jowl, complimenting each other in the generation of innovative ideas, the haves and have-nots were suddenly segregated by distance and class. Civilization had arrived and Edinburgh embraced the fact that it wasn’t just riding the coat tails of Britain’s bid to take over the globe. It was leading the charge.

The New Town isn’t simply an architectural masterpiece but a monument to the body of men (and a few convention defying women) who changed the entire world. 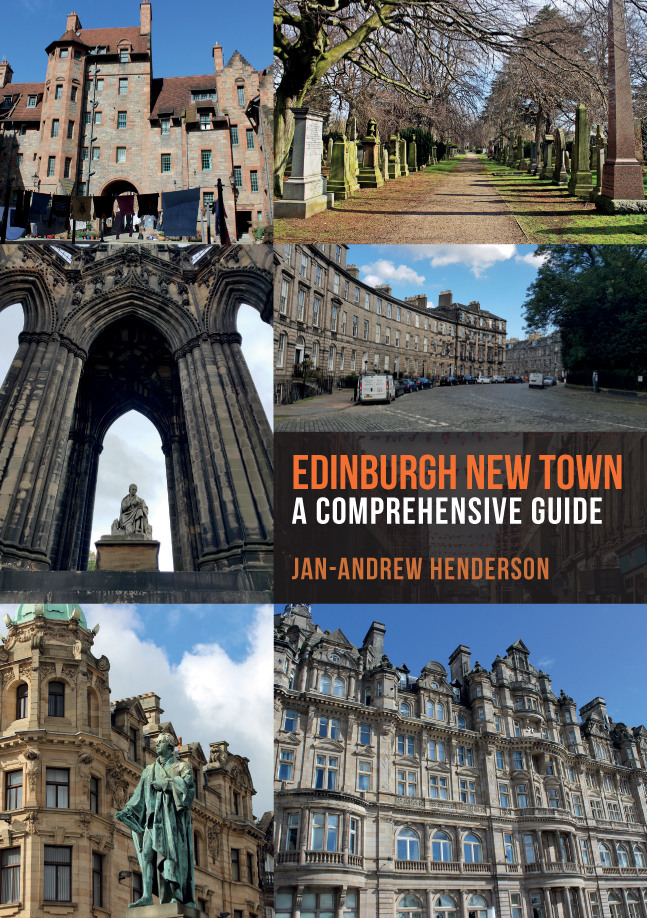