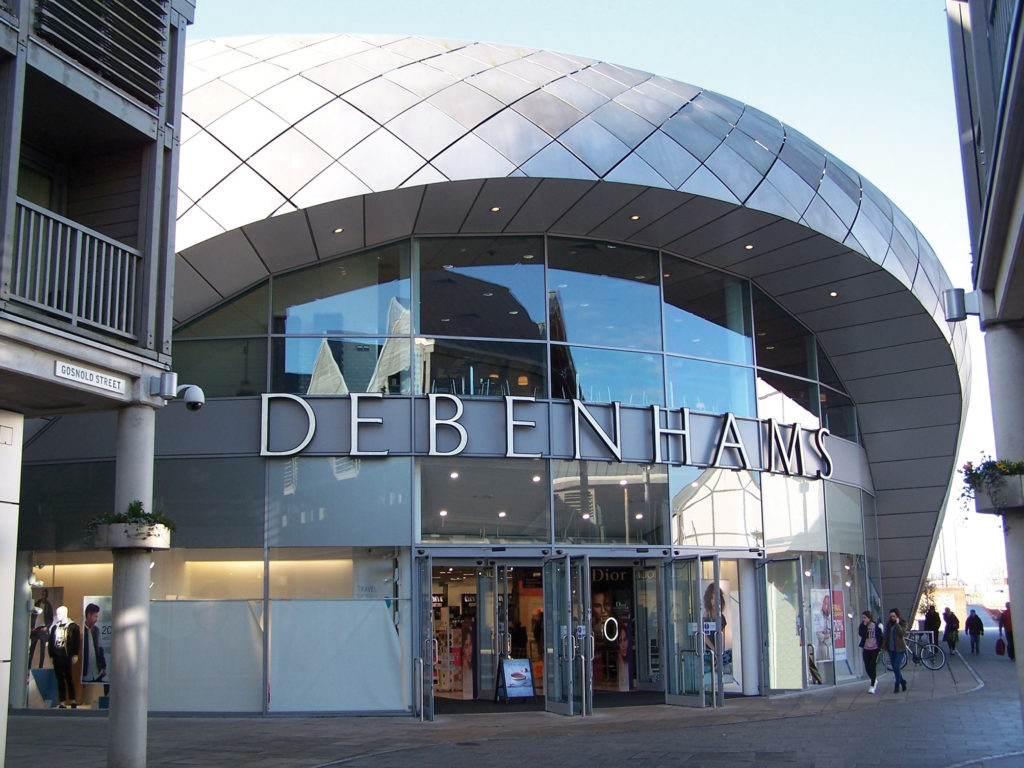 When I was asked to write something about this subject I thought the choice would be challenging, it wasn’t, after all the town I was born into has numerous interesting buildings; many within the medieval grid of what is most probably the oldest purposely laid out town in the country from the 11th Century. But what to start with? Well I chose to commence with Debenhams Store on The Arc, a very modern shopping centre in the town. Controversially futuristic in appearance and not very Bury St Edmunds are just some of the descriptions used by people since it was built and opened in 2009. From there the iconic Abbeygate was probably the most obvious to proceed with, it sums up the power of the Benedictine Abbey that owned and controlled Bury St Edmunds for over 500 years whilst the noble Norman Tower, its counterpart further along, is now the belfry for the Cathedral the last to be finished in the country, a triumph of modern craftsmen. Nearby is the wonderful St Marys Church, the final resting place of Queen Mary Tudor, Duchess of Suffolk the youngest sister of Henry VIII. Her subdued and under-stated tomb surprising to all, considering her status in life at one time, Queen of France. St Mary’s magnificent Angel Roof above one of the longest naves of any parish church in the country must be appreciated for the quality of its medieval workmanship, superlatives abound for what is today the Civic Church of the Town. 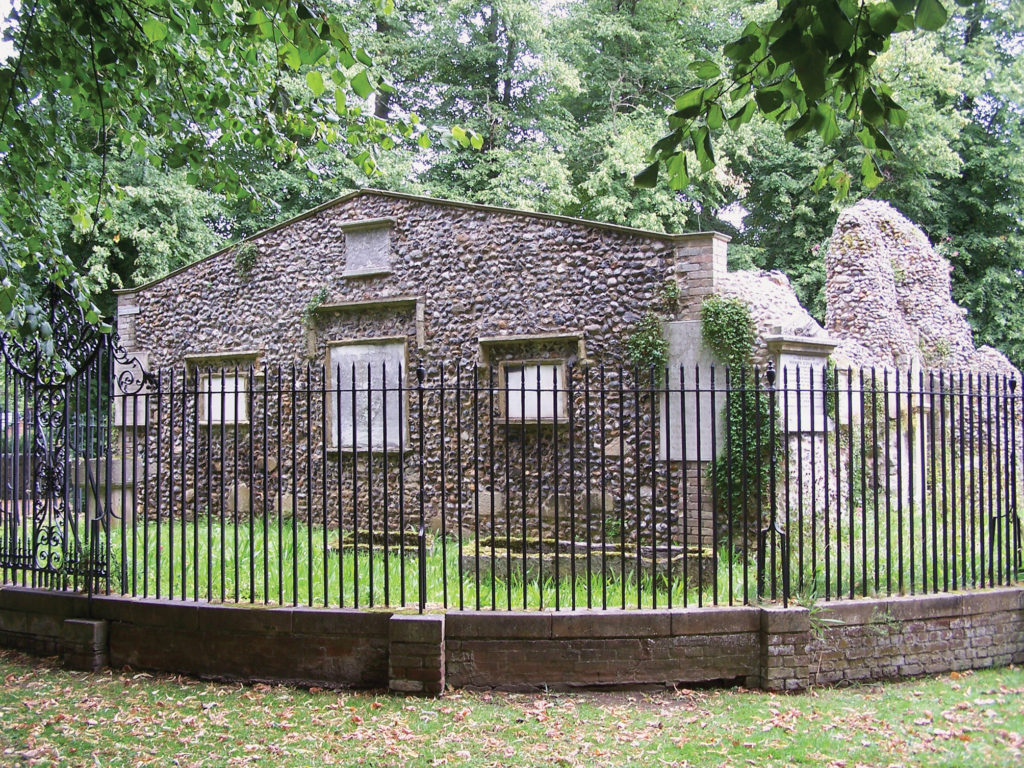 There is an eclectic mix of buildings in the book, creating lists is never ideal so I would say to potential readers consider what is within and what is without. Everyone has opinions of what is good architecture, but I have tried to get a balance of the construction of the buildings and their descriptions and some of the stories behind their occupants. The nefarious Arundel Coke who once lived in St Denys on Honey Hill is a case in point. Having lost his wealth in the greedy investment scandal known to history as ‘The South Sea Bubble’ he elicited the help of an assassin to do his dirty work, that of murdering his well-off brother-in-law, Edward Crisp. Unfortunately, it did not go as the script intended, Crisp survived the brutal attack and Coke and his accomplice, John Woodburn, ended up on the gallows.

Public buildings are well represented, alms Houses, hotels and public houses also. One of these, The Nutshell, is the smallest in the country, as far as I am concerned there are no other contenders! Two buildings not far from each other have unusual names, Goodfellows named after four brave brothers who fought in WWI, three of whom paid the ultimate sacrifice and Notice to Quit Cottages, the origins of which I have yet to fathom out. The Great Churchyard, the scene of the murderous attempt on Edward Crisp’s life is where I finish with the 50th entrant in the book, that of The Charnel House. This consecrated bone depository from 1300 has various plaques on its exterior to The Good, Bad and Unlucky. Bartholomew Gosnold the good founder of Jamestown, Sarah Lloyd for burglarising her employer’s home with her lover and the unlucky Mary Haselton struck down by lightning whilst saying her prayers. For a town so steeped in history Bury St Edmunds punches far above its weight, the many people who come here as tourists and stroll around the beautiful Abbey Gardens are amazed and ask, “Why have we not come here before”? There is no real answer other than to say just keep coming back! 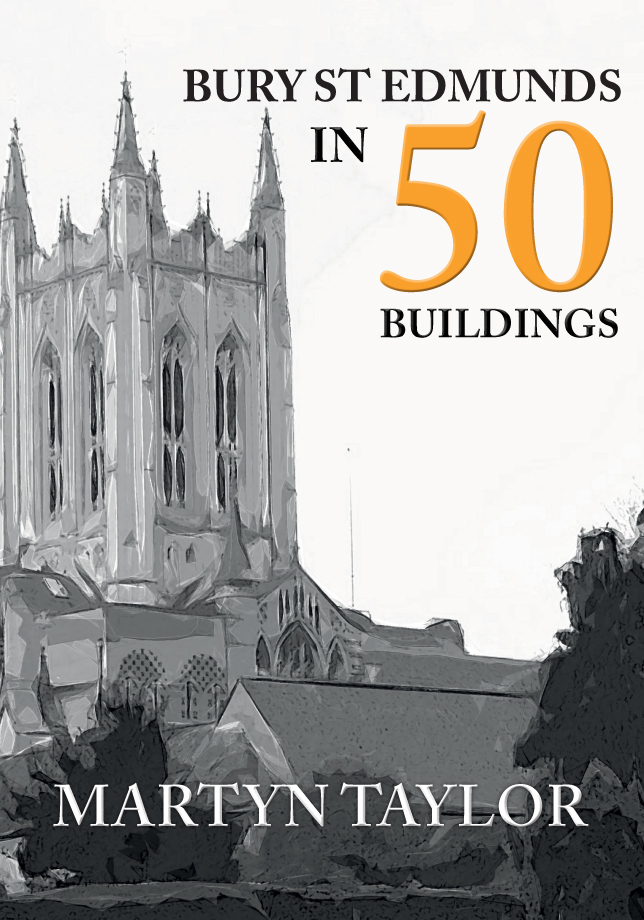