Aberdeen in 50 Buildings by Jack Gillon 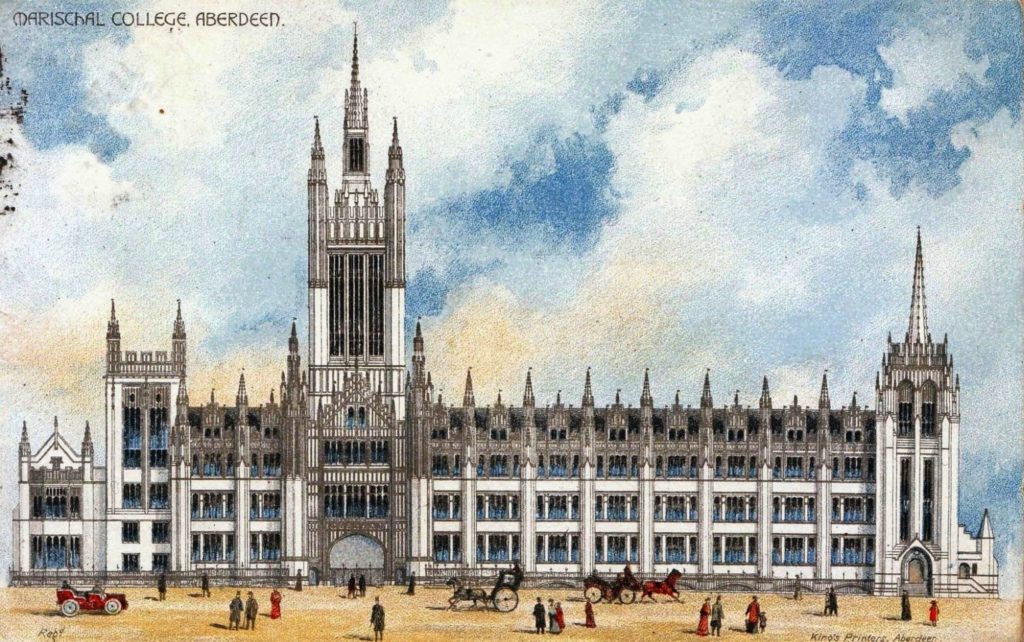 Aberdeen has all the appearance, and is furnished with most of the attributes, of a wealthy metropolis. It has all the public buildings which distinguish a capital. The streets possess the proper degree of regularity and elegance. It has busy crowds, in which the stranger soon loses himself; and its inhabitants, when inspected individually, are found to possess the dignity, the wealth, and the enlightened views, which are never to be found but in towered cities.

The visitor enters the city by a long, spacious, straight, and regular way, denominated Union Street, which, when completed to the utmost of its designed extent, must turn out decidedly the finest thing of the kind in the kingdom. Previously to the opening of this way in 1811, the town was entered by a series of narrow tortuous streets.

The most remarkable thing about Aberdeen in the eye of a traveller, is the stone with which it is built. This is a grey granite, of great hardness, found in inexhaustible profusion in the neighbourhood, and of which vast quantities, fashioned into small blocks, are annually exported to London, for the paving of streets. Though not polished, but merely hewn into moderate smoothness, this forms a beautiful wall, of a somewhat sombre colour it is true, but yet strikingly elegant. 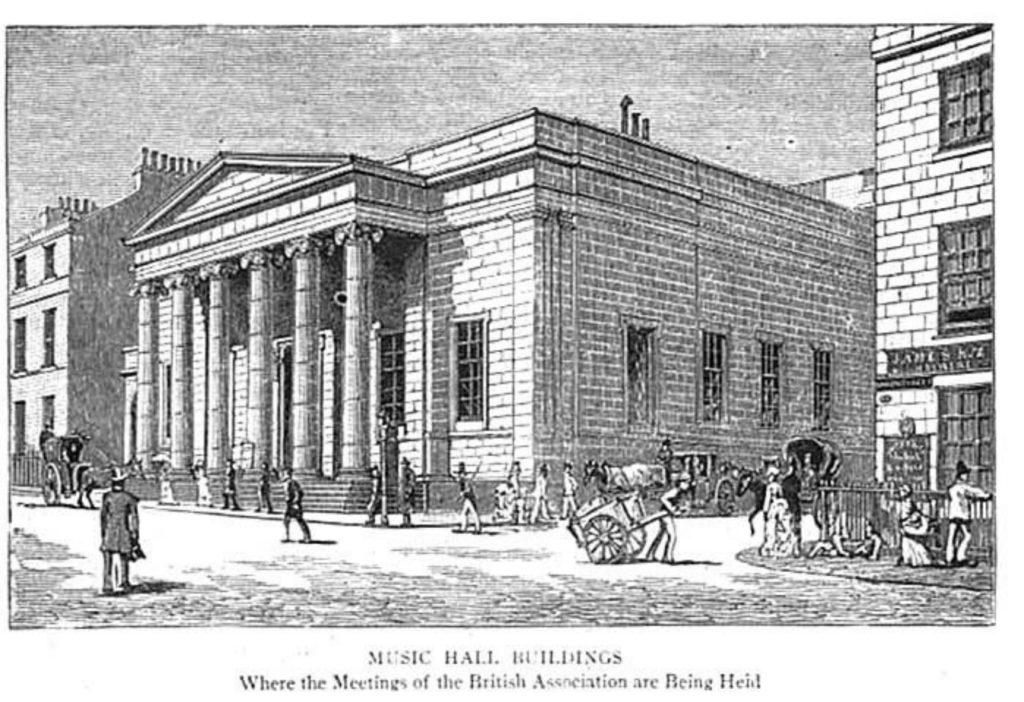 Aberdeen is a flourishing port, and is the seat of a set of active and prosperous merchants. It is the place where commerce first took its rise in Scotland. Having thus got the start by many centuries of every other commercial city, it has maintained all along to the present time a certain degree of advance; it is certain that in no other place is the mercantile science so thoroughly understood, or the commercial character carried to a pitch of such exquisite perfection.

Aberdeen originally developed around St Katherine’s Hill, a prominence that stood in the middle of the present-day Union Street. The town was given royal burgh status in the twelfth century and the Castlegate, or Marketgate, was the historic heart of the medieval burgh. The harbour was fundamental to Aberdeen’s prosperity and the town’s economic importance. 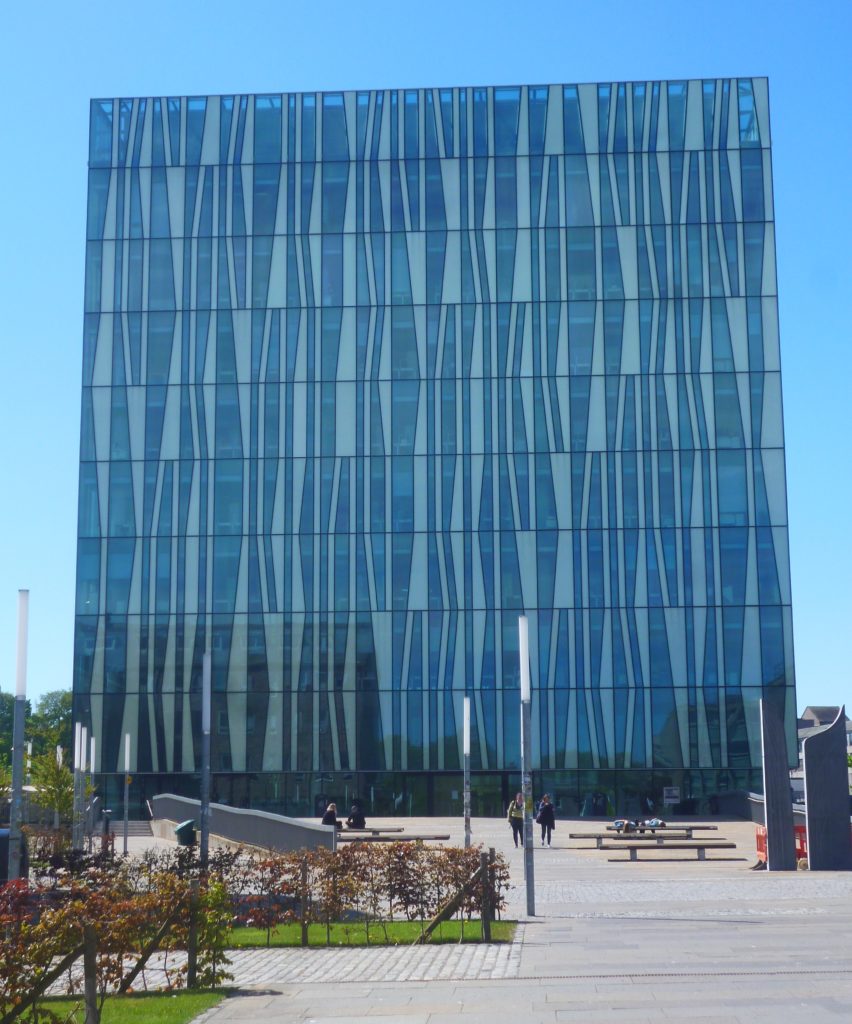 The rapid growth of Aberdeen in the eighteenth century resulted in its expansion beyond the tightly confined medieval streets around the base of St Katherine’s Hill. A number of new streets were formed during this period of planned expansion.

In 1794, Aberdeen town council requested the engineer Charles Abercrombie to provide plans to rationalise the muddle of old unplanned streets of an increasingly wealthy and self-assured Aberdeen to connect the town to the surrounding countryside.

Abercrombie’s bold plan proposed a significant Georgian rebuilding of the city with two major new thoroughfares – one running westwards from the Castlegate to the Denburn, and the other north. An Act passed on 14 April 1800 approved the construction of the new streets – the road to the west became Union Street and the road to the north was King Street. These new roads represented major engineering enterprises and set the context of modern Aberdeen. Union Street was a particularly challenging project – the street had to cut through St Katherine’s Hill, required a series of arches and a bridge over the Denburn. The generous scale of Union Street allowed the construction of buildings of substantial size and importance, and established Union Street as Aberdeen’s main thoroughfare. The street was named to commemorate the union of Great Britain and Ireland, in 1801. John Smith (1781–1852), Aberdeen’s City Architect, and Archibald Simpson (1790–1847) were the leading architects involved in this great remodelling of the expanding city. 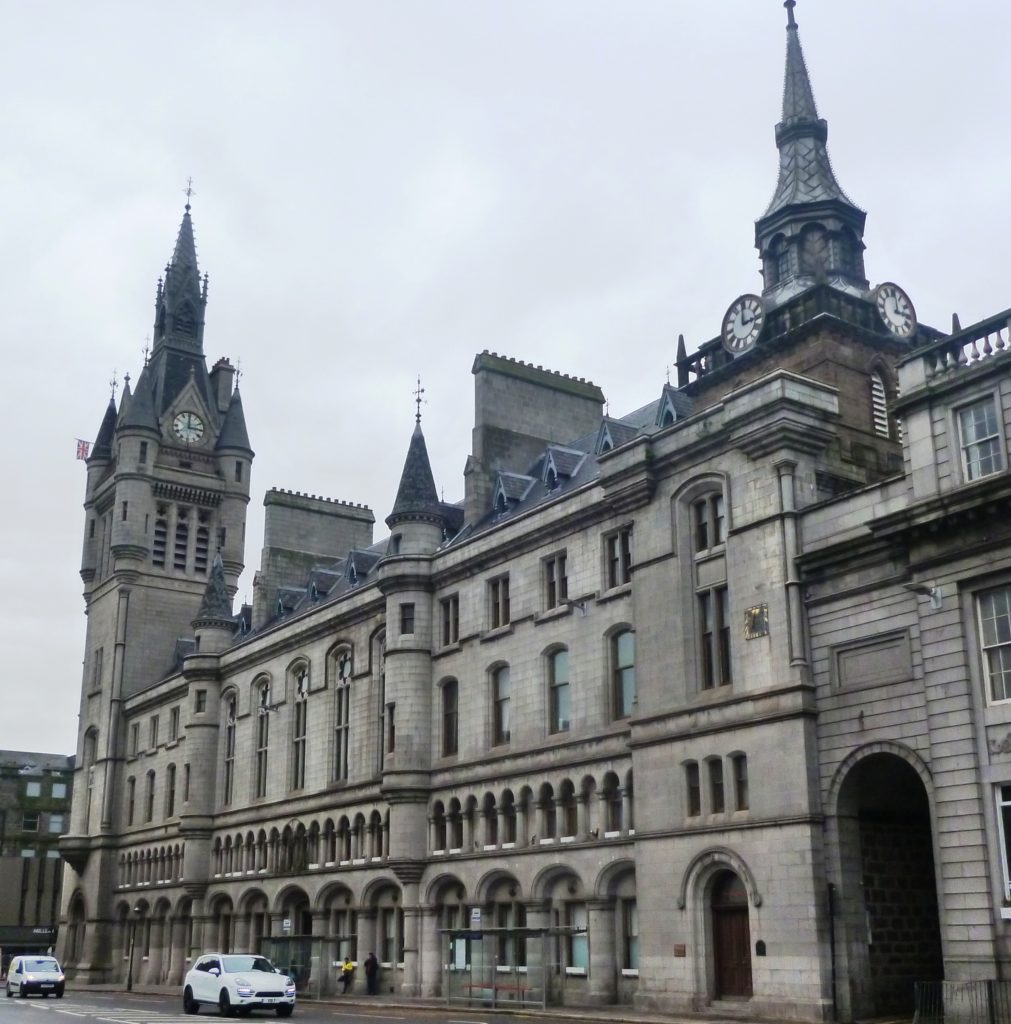 The Town House and Tolbooth. (Aberdeen in 50 Buildings, Amberley Publishing)[/caption]

The predominant use of locally quarried grey granite up to the mid-twentieth century is a distinguishing feature of many of the city’s most important buildings, which gives them a distinct glitter in the sun and earned Aberdeen the sobriquet of the ‘Granite City’. The quality of the Aberdeenshire granite was internationally recognised and it was used for buildings around the world. The excavation of granite from the quarry at Rubislaw, which opened in 1740 and closed in 1971, created the biggest man-made hole in Europe.

Aberdeen is a thriving city which has been synonymous with oil ever since the discovery of North Sea reserves in the 1970s. It has a proud and distinctive identity, a wealth of fine heritage buildings and more recent developments of outstanding quality. This has made the task of selecting fifty buildings to represent the best of the city’s architecture immensely difficult. This book takes the development of this rich and vibrant city as its broad theme, and includes buildings which seem to best represent the city’s long history. 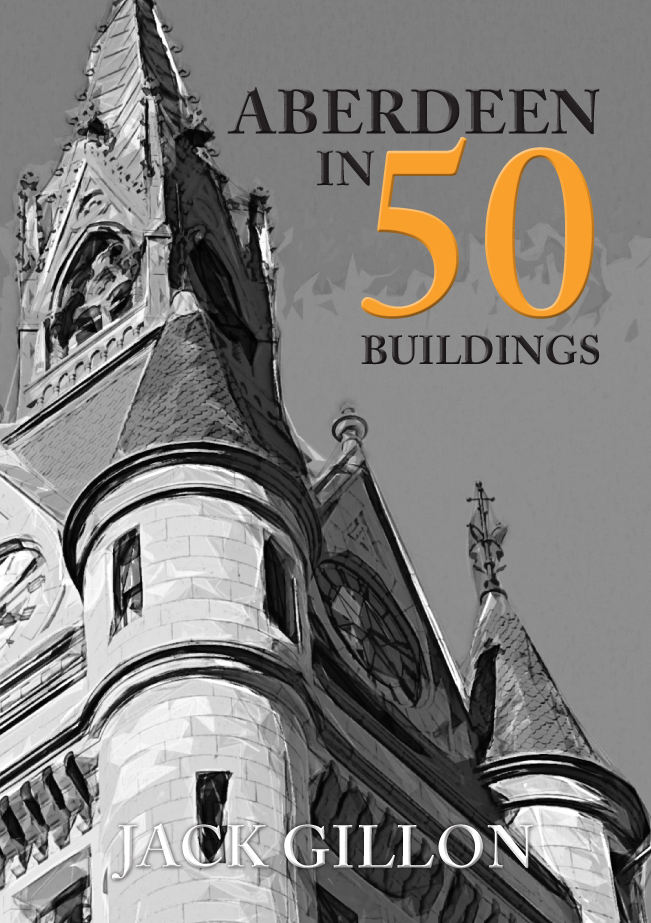