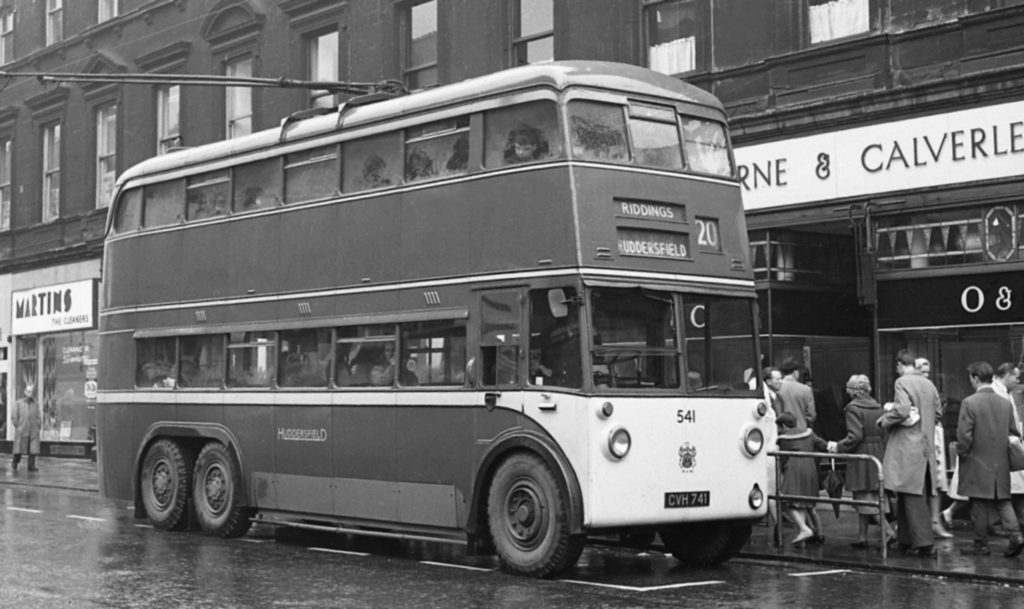 In the far off days of the Huddersfield Trolley era, the “boom” wasn’t just the pole sticking out at the top of the bus – the whole industry was “booming”!

Cars were a limited luxury few could afford – or needed for that matter. Some trolley services in the more populated parts of the boroughs had something like a 7 minute frequency at peak times.

While the Corporation took care of the day to day working duties, firms like Hanson and Baddeleys of Holmfirth took the families on their holidays. It may not have been the tropics, but before the M62, a day trip to Blackpool on a Hanson coach was still a marathon. I remember as a young lad on one of these trips where the typical Hanson driver said with a wry grin when arriving at the seaside resort, “The bus leaves at 5, if thas not on it, I aint waitin”. Imagine saying that to the travelling public today! 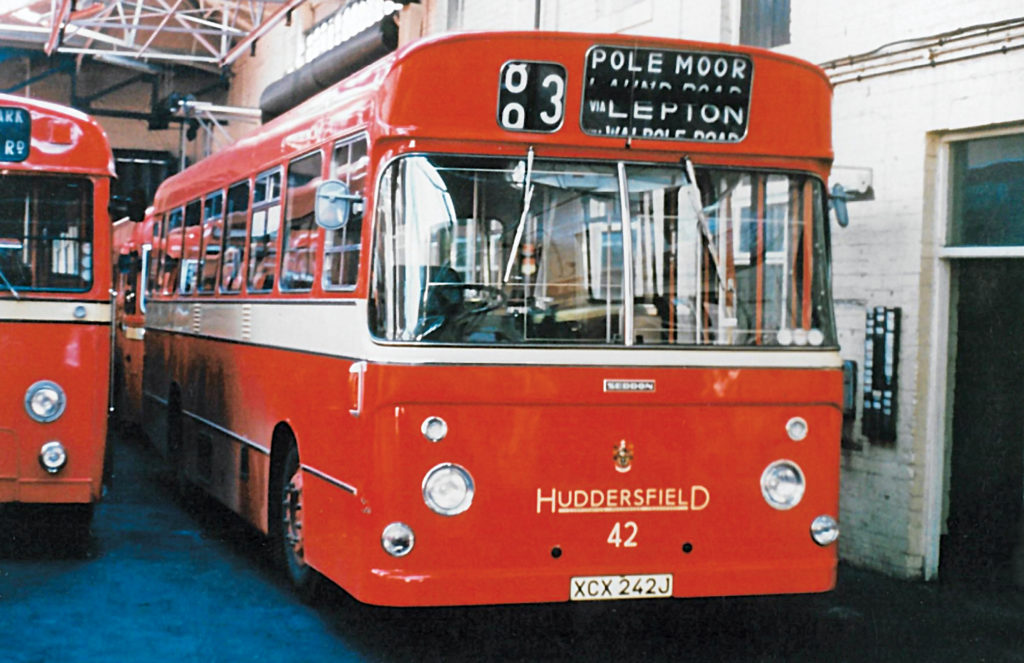 But on the other hand, Hanson were a World away from the strict disciplinarian set out by the Corporation. While most of the Baddeley fleet were immaculate,  the  Hanson  fleet  (especially  service  buses)  were  notoriously shabby,  and  often  reeked  of  diesel,  but  all  that  said,  these  were  brilliant times. If you wanted a Hanson bus, more often than not, you just stuck out your hand. Bus stops were more of a passing trend than a necessity to some of the Hanson drivers, some just seemed to stop anywhere.

With all this, not only the buses were lost, but a whole way of life went with them. My Grandma and Grandad lived in Cowrakes near Lindley, and on the dawning of the motorbuses (trolleys never went up Cowrakes), when going to Huddersfield, my Grandmother would shout “Fred the bus is in!” I never knew what that meant as it was just parked at the side of the road. 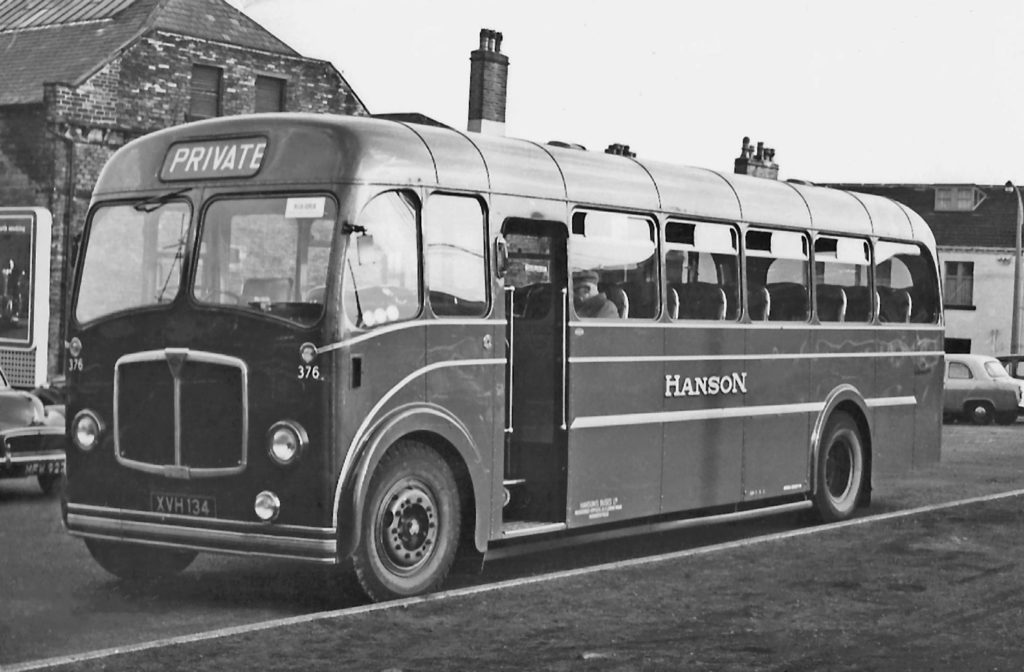 These Regent V-looking buses were in fact 1949/50 Regal rebuilds by Roe in 1960-2. (Author's collection, Huddersfield Trolleys and Buses, Amberley Publishing)[/caption]

With the onset of the motorcar, people no longer talked, they separated themselves and the change was made. Again thinking of my Grandmother once in Huddersfield market, she stopped and talked to this other lady about eggs (my Grandfather kept a hen run in Cowrakes and sold eggs locally), “Grandma who was that” I remember saying, “no idea love” were the three words back. These were times when people talked and the buses brought them together, be it workers or families, youngsters gave up their seats for adults (not by choice admitted!), men stood to let the ladies sit, and a good old natter with a neighbour (or even a stranger) made the trip seem so much shorter.

As with all changes the car has become a public “necessity” with families relying more on cars and less on buses. Less people on the buses means higher fares and on it goes. The bus industry was once Government backed for all to use but de-regulation and private enterprise are just two of the reasons that have played a big part in how public transport operates today. At Keighley Museum, (as in so many other Museum orientated venues), we try to re-create a past where buses were a once big part of everyday life. We celebrate a touch of history, no different to places like the Railway Museum at York, or the Maritime Museum. The Bus and Coach industry was just as much an integral part of public life as any other form of transport.

Although a more pictorial than written history of the town’s buses, the book is written in an effort to try to show not only the changes to its transport system, but the structure of the town itself through the years.

My thanks go to all the staff at Amberley, and John Hinchcliffe for the help in the production of this book. 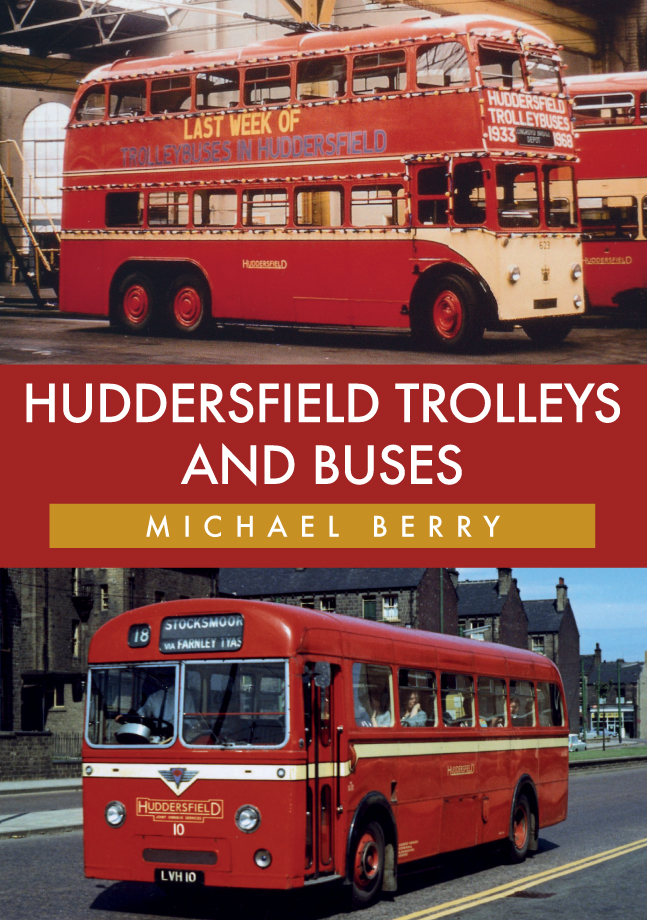