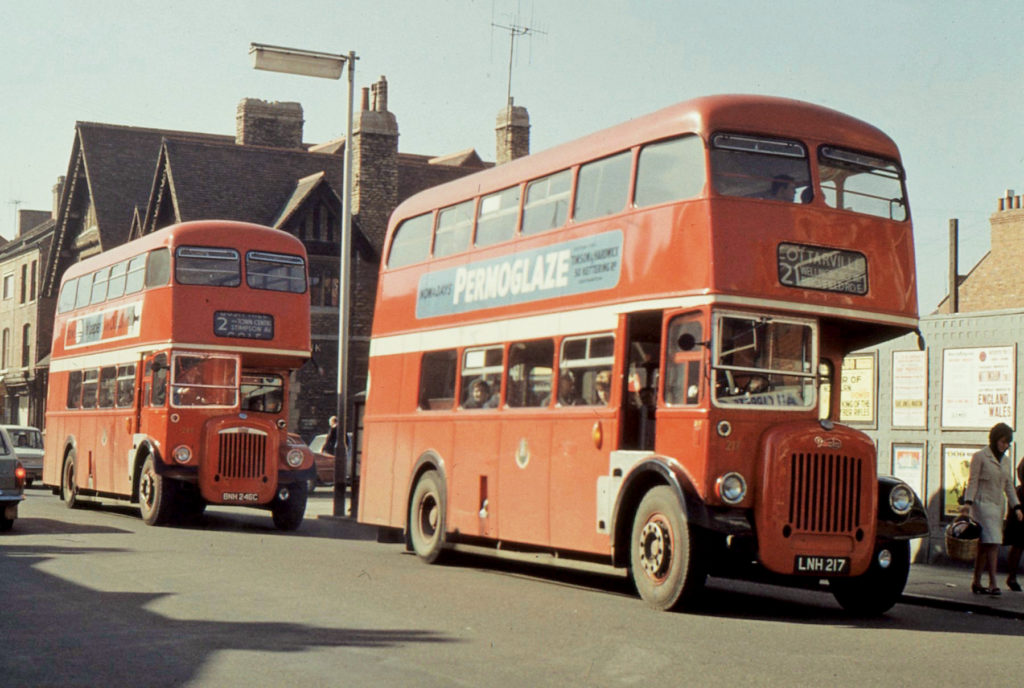 We hear a lot about classic car and railway preservation. But buses? Not so much. After all, why would anyone dig deep into their pockets to the tune of tens of thousands of pounds and preserve that most humble of transport vehicles, an old bus?

Yet in recent years there has been a flurry of restorations. Take John Child’s perfectly-restored wartime Daimler, for example, which spent all its working life on the streets of Northampton in the 1940s and 1950s. Eventually No. 129 made its last melancholy journey, along with several others, to a Cambridgeshire scrapyard run by Romany bus breaker Joe Hunt. 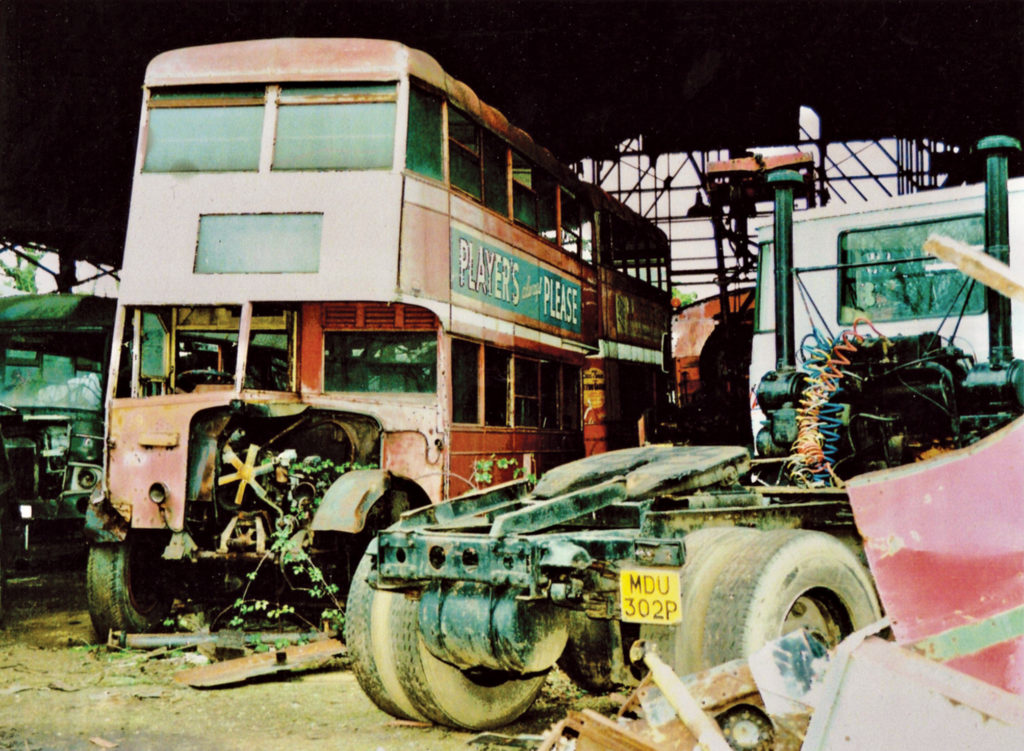 John Child's Daimler No. 129 sleeps away in Joe Hunt's scrapyard, with sister No. 136 behind. Both would escape to live new lives. (c. John Child, Northampton Buses, Amberley Publishing)[/caption]

For some reason Joe decided not to cut up these vehicles. So for thirty years they sat in his yard, most of them exposed to the wind and rain, gradually deteriorating and robbed of parts. Old No. 129, however, led a more charmed life, as it had been stored under cover.  It eventually emerged, battered and bruised yet still restorable, to win a place in the heart of Mr. Child. He acquired it in 2000 and with the help of a team in Lincolnshire, lovingly brought it back to life.

John Child is not alone. One other Northampton bus, No. 146, in much worse condition, was also rescued from Joe’s yard and beautifully restored. Others were bought direct from Northampton Transport in the 1970s by enthusiasts.  And No. 154, a 1947-built training vehicle kept at St. James’s Garage after retirement from everyday service, found its way into preservation when it was used to promote the opening of a new bus station. Yet another Northampton bus, No. 267, was the very last open platform, front engine bus delivered in the UK, and also survives. These were the last buses that needed a conductor and driver. 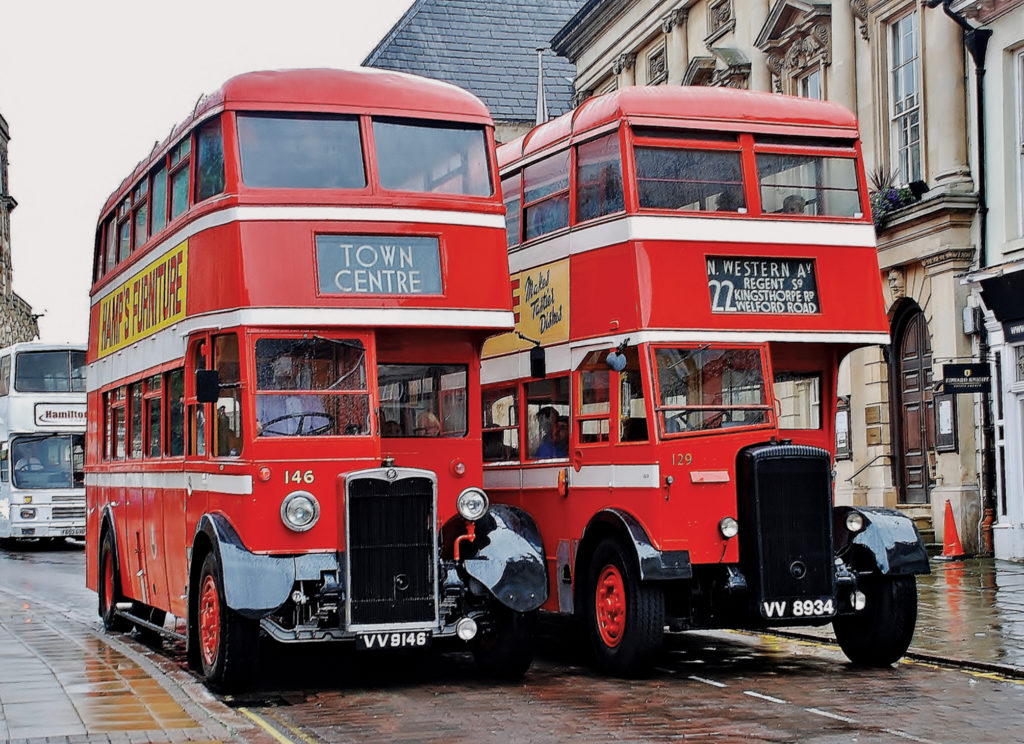 Refugees from Hunt's yard reunited; John Child's wonderful wartime Daimler No. 129, restored to pristine condition with the correct adverts on the side, is seen in Northampton with Crossley No. 146. (c. John Child, Northampton Buses, Amberley Publishing)[/caption]

With so many old Northampton buses winning the hearts of enthusiasts, it might be thought that the town had one of the more important bus fleets in the country. Not so. But it was one of the more interesting. For a start it was very late making the change to one-man operation (one person these days, of course). Under Deputy Transport Manager Ken Dyer, Northampton Corporation also maintained its buses to a very high standard – by the late 1960s the town had 70 almost identical Daimler vehicles still with conductors and gleaming in pristine vermilion red.

Recently, a few of them have returned annually to ply the streets of the town, bringing enjoyment to those with long memories and enlightenment to younger passengers. They are as important a part of the town’s transport heritage as the corporation’s old Allchin steam roller, the tram shelters at the White Elephant and Cock Hotel or old photos of Castle station. 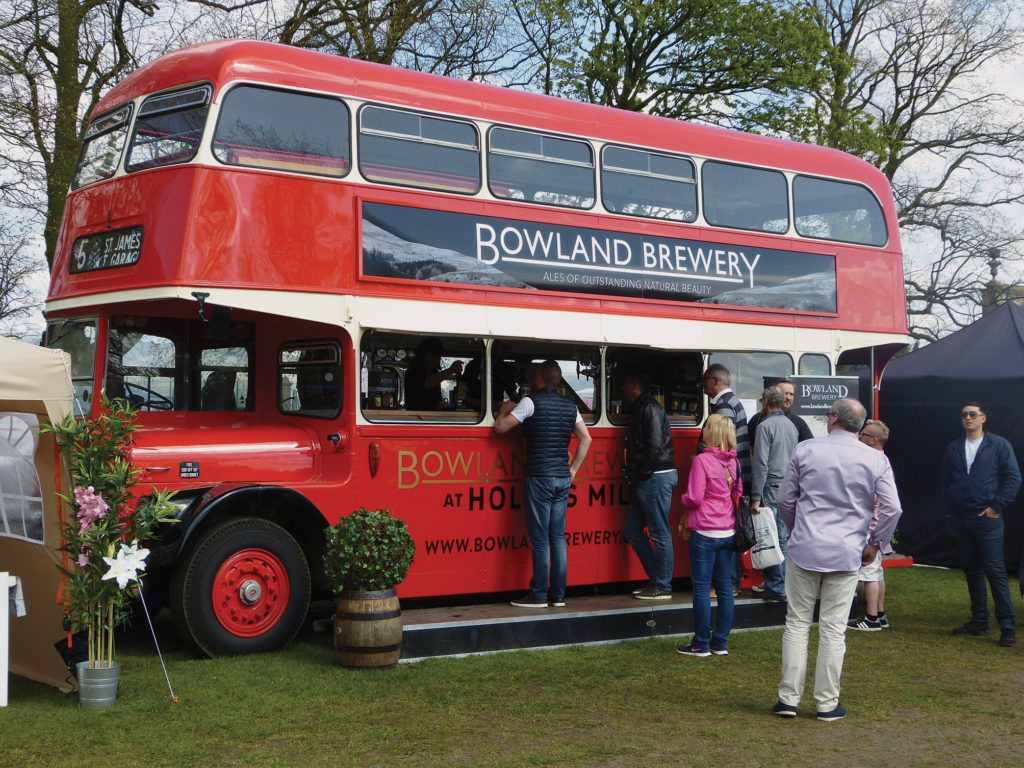 A new life for a Northampton CVG6 - still resplendent in its immaculate Northampton livery, No. 258 has been converted to the Bowland Brewery bus bar. (c. Paul Brookfield, www.flickr.com/photos/lancashire, Northampton Buses, Amberley Publishing)[/caption]

Look around the town today and deregulation of bus operations has led to a delightful array of companies and liveries. Your bus may be a pink double-decker or a red, white and blue single deck vehicle; it will have a hi-tech destination panel visible a hundred yards away.  But enthusiasts long for the old days, when route 14 meandered all over the town to get to Kenmuir Avenue, on a cold day a piece of cardboard would be shoved down the front of the radiator grill to keep the engine warm and on a hot one the driver would leave the sliding cab door open to stay cool.

Researching my new book on Northampton Buses for Amberley was very much a labour of love.  I started with old town records, made a nuisance of myself with the very helpful team in Northampton Public Library’s local history team and was given free access to all the photos stored by the Northampton Chronicle and Echo. I also had hours of fun sorting and scanning the dozens of colour pictures I took of Northampton buses in the 1960s. Even now I cannot quite remember why I took so many.

Meanwhile, I’m off for a pint served from Northampton bus No. 258. Did I mention it has been perfectly restored – as a bus bar? 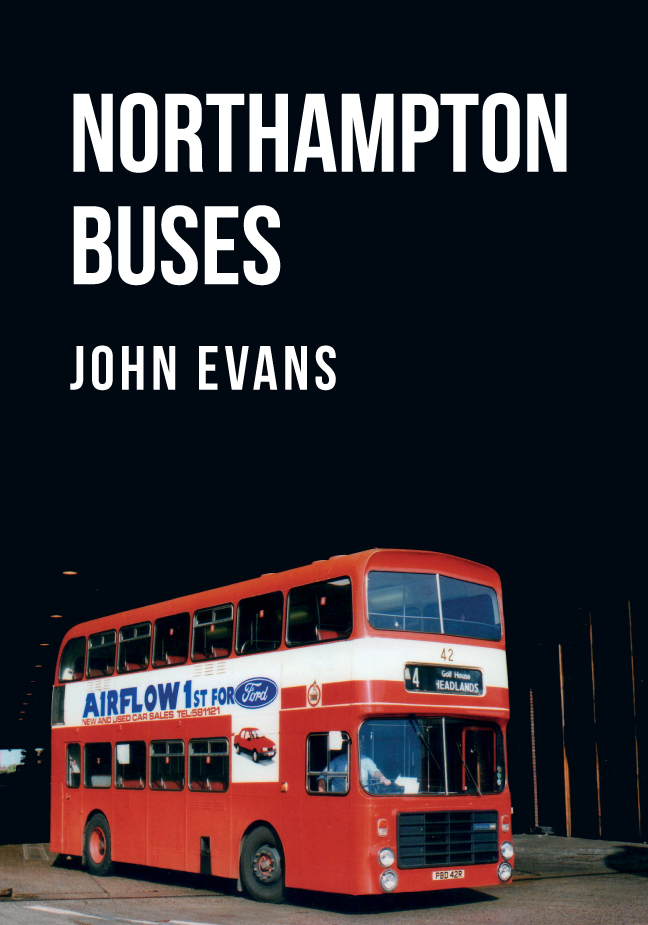