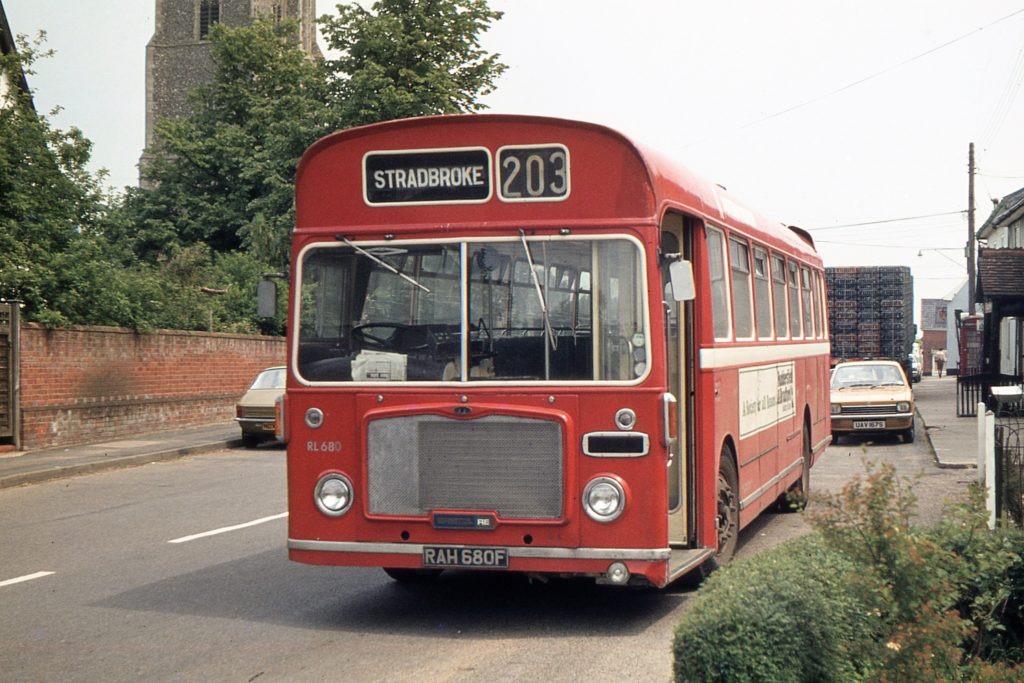 I was born and raised in Mistley north-east Essex, the nearby River Stour forming the natural boundary between Essex and Suffolk.

In September 1965 I started travelling by bus to school in Colchester. These were the buses of the Eastern Counties Omnibus Company Ltd, operating service 221 East Bergholt – Colchester from an outstation at East Bergholt. Normally the bus was a Bristol – Eastern Coach Works LD5G Lodekka. For some reason I became intrigued by the builder’s plate on the rear platform, which stated the chassis builder as Bristol Commercial Vehicles at Bristol, and the bodybuilder Eastern Coach Works at Lowestoft. Also interesting that the fleet numbers and registration numbers agreed, for example fleet number LKD178 had registration number UNG 178.

Service 221 also operated Mistley – Ipswich. Trips to Ipswich on Saturdays or in school holidays revealed that Eastern Counties had a lot of different Bristol buses and coaches with Eastern Coach Works bodies, and I was hooked, the start of my bus enthusiasm!

Eastern Counties had a whole network of services radiating from Ipswich, a large depot in Ipswich, smaller depots at Felixstowe and Saxmundham, and a number of outstations in country towns and villages where buses were garaged overnight. The outstation system worked very well, it reduced dead mileage and gave employment to local people. At some point during the day, the outstation buses were refueled and cleaned at Ipswich depot, and swapped with other buses when regular maintenance was due.

Over the years I enjoyed exploring Eastern Counties’ country bus services. My first journey on service 203 Ipswich – Stradbroke was in June 1979. Worked by Bristol RELL6G RL680 (RAH 680F) out stationed at Stradbroke, beyond Wickham Market we were going further and further in to rural Suffolk. The Stradbroke driver knew all his regular passengers, plus there were friendly waves to farm workers in the fields! 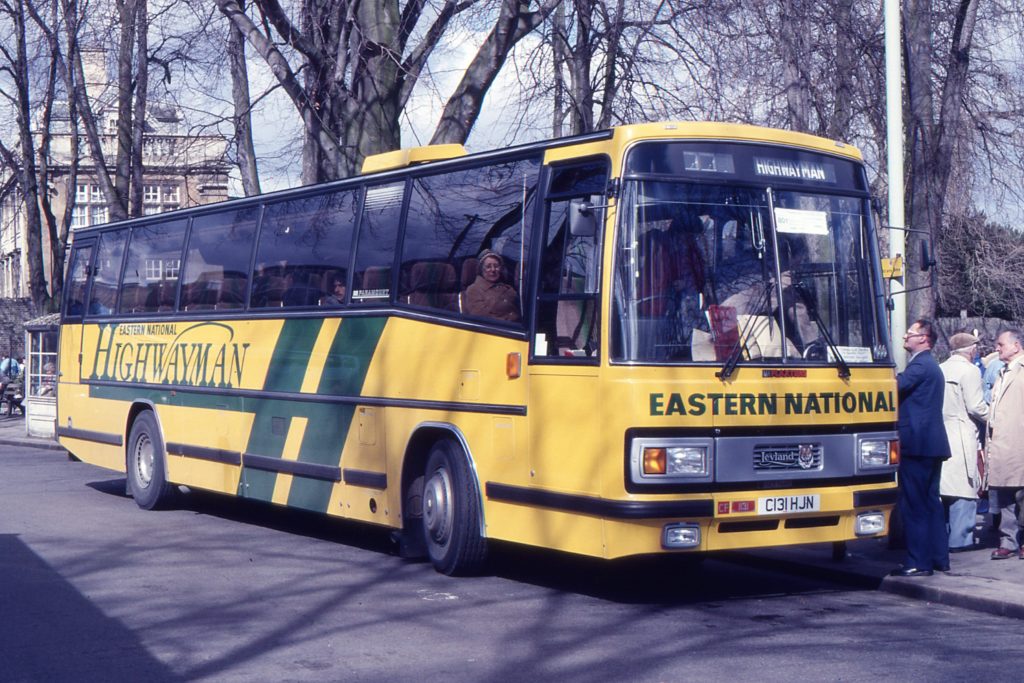 Country bus services had a different character to frequent urban services. In 1974 Eastern Counties gave up services north of Ipswich to Debenham and Otley. These services were taken over by Bickers of Coddenham who provided a reliable service with reasonable fares and friendly drivers. Bickers developed other services to such an extent that in 1988 the business was purchased by Eastern Counties and Ipswich Buses.

Mistley was also served by the Eastern National Omnibus Company Ltd. Their small depot at Harwich provided buses for the long service 70 to Bishops Stortford via Colchester and Braintree, plus local services to Dovercourt and Parkeston Quay, and some workings to Clacton. Eastern National had a larger depot at Clacton, which operated open-top seafront services in the summer.

East Anglia had municipal operators in Great Yarmouth, Ipswich, and Colchester. Each with its distinctive livery and different makes of chassis and body on their buses.  I regret that I did not travel to Lowestoft in time to photograph the Waveney municipal buses there before they ceased operation. Later I did see the last Bristol VRT delivered to the National Bus Company, Eastern Counties VR294 (VEX 294X) at Lowestoft depot.

As crew operation was replaced by one man operation, I travelled further afield to Norwich, Cambridge, and Peterborough to see, ride on, and photograph the remaining Bristol FS5G and FLF6G Lodekkas in the Eastern Counties fleet before they were withdrawn. These journeys also introduced me to the buses of two other National Bus Company subsidiaries. United Counties reached Cambridge from Northampton and Biggleswade. They also served Peterborough on joint services with Eastern Counties from Huntingdon and Kettering. Lincolnshire Road Car buses reached Kings Lynn from Spalding, and later their long service Skegness – Boston – Spalding was extended to Peterborough as part of the Fenlander network. 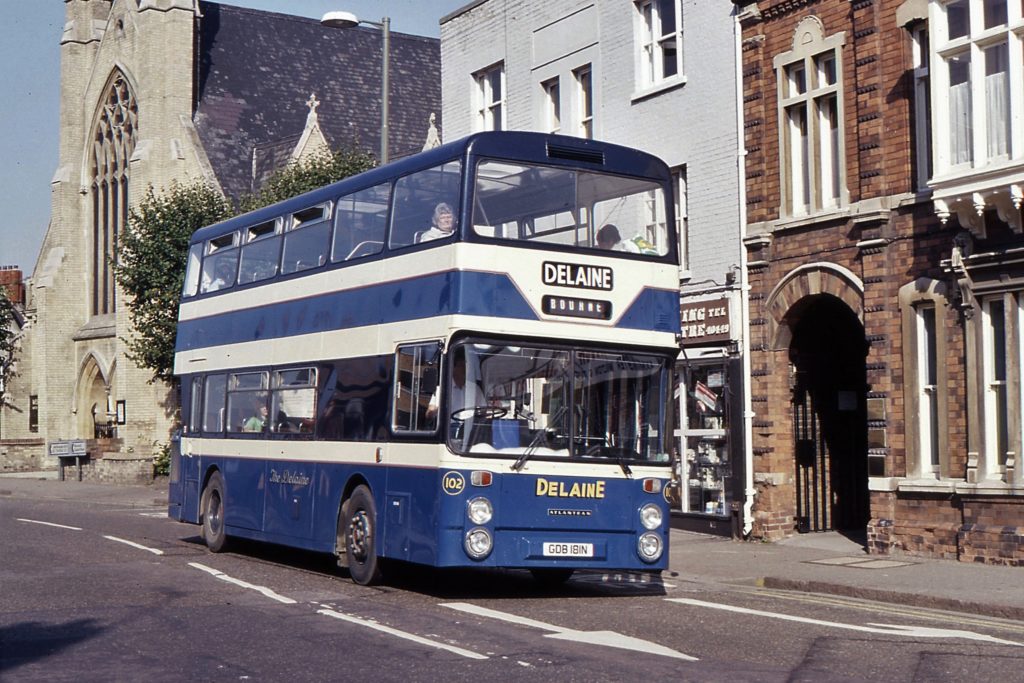 Eastern Counties was split up in September 1984, with most coach work passing to Ambassador Travel, and western area bus services to Cambus. In September 1989 Cambus was split with the Peterborough area services passing to Viscount Bus and Coach, which meant another new livery and fleet numbering system. It was time to go to Peterborough again, not that I minded, because the tall walls of the car parks and Queensgate shopping centre surrounding the bus station amplified the distinctive sounds of the buses, from the melodious sounds of a Bristol RELL6G to the deep throated roar of a Bristol VRT series three with Gardner 6LXB engine.

Thus 1995 is the end date for this book, but why start in 1970? The reason is my late father was a keen amateur photographer who bought a secondhand Exacta 35mm camera for me in 1969. It had to be used with a separate exposure meter to calculate aperture and shutter speed, and I had to estimate the distance to the subject to set the focus. After a lot of trial and error I was able to achieve good results by 1970. Most of the images in this book were taken on Agfachrome colour slide film, CT18 rated at 50 ASA, or CT100 rated at 100 ASA.

In this book I have tried to capture the essential character of bus services in East Anglia, especially the rural and inter-urban services that connected communities across East Anglia. 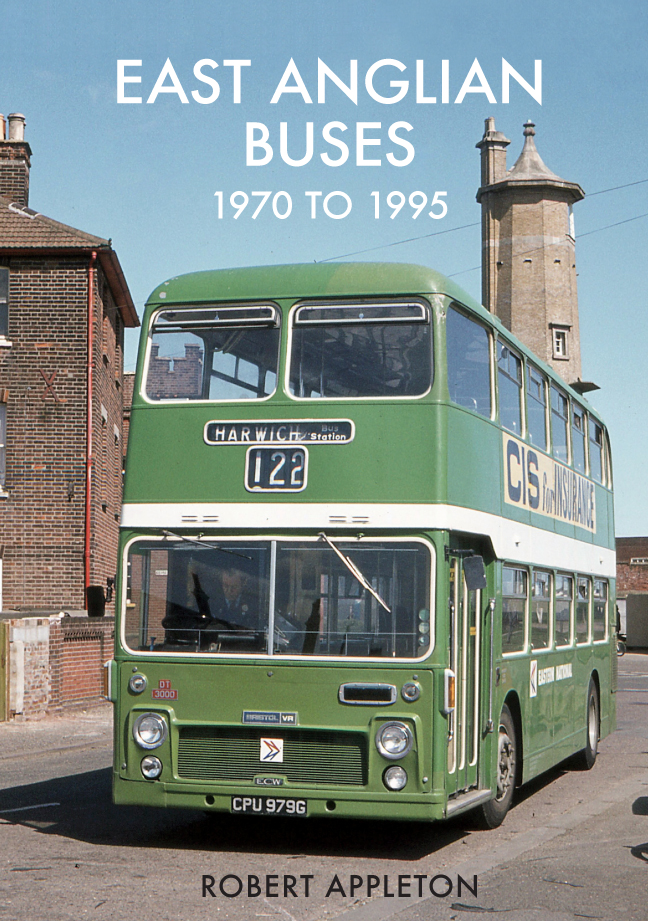