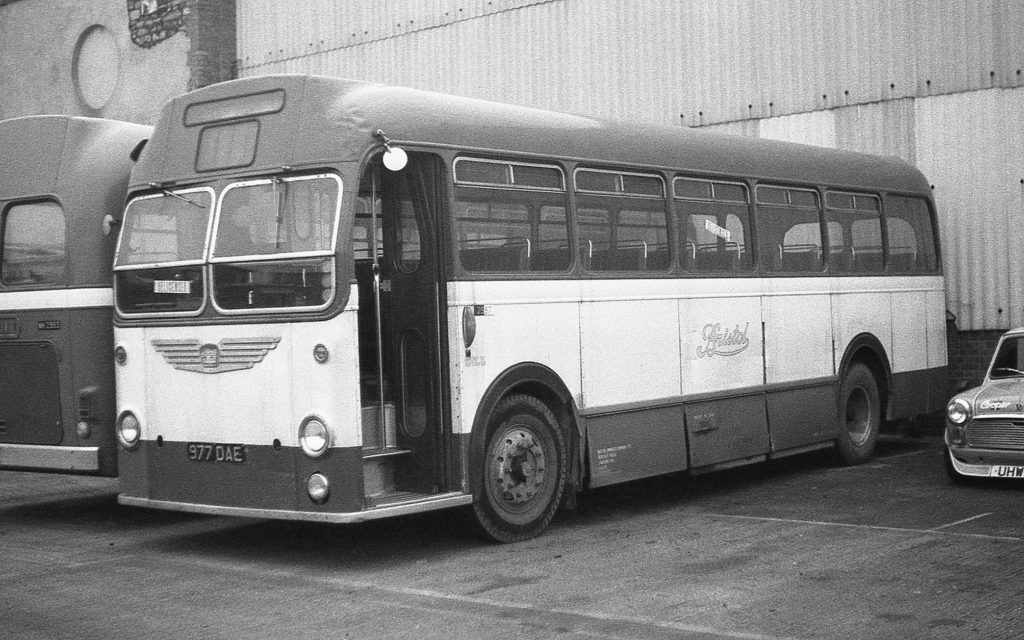 The provincial "company" bus undertakings that merged into the Tilling and BET groups included many famous operators with interesting histories, but the Bristol Omnibus Co. was one of the largest and may perhaps be considered the most distinguished. One of the reasons for its eminence was that as well as operating buses it also constructed them, making its name familiar throughout the industry. The operating and construction divisions became separate concerns in 1955, a date which may be taken as the high water mark of the industry's prosperity.  Thus, when I joined the company as a humble conductor in 1970, it had already been in decline for some years.

The twenty years that followed fell neatly into equal halves. During the first, old ways persisted and the company was still recognisably itself, operating a fleet of mainly Bristol-ECW manufacture. Time-honoured practices survived, the job's management structure was unchanged and many services continued little altered from the earliest days of the motor-bus. The one big upheaval of those early years was conversion to One-Man Operation (OMO) which, by 1980, was essentially complete. In that year the Market Analysis Project was undertaken. This sought to "identify future passenger needs" which, being interpreted, meant identifying loss-making services and getting rid of them. Everything began to change as the industry was slimmed down to make it a more attractive proposition for future privatisation. From 1986 buses would operate for profit, with loss-making services discontinued where the local authorities were unwilling to subsidise them. "Providing a public service" came to be a quaintly old-fashioned concept. When, in 1990, an opportunity arose to leave the job, I went like a flash. 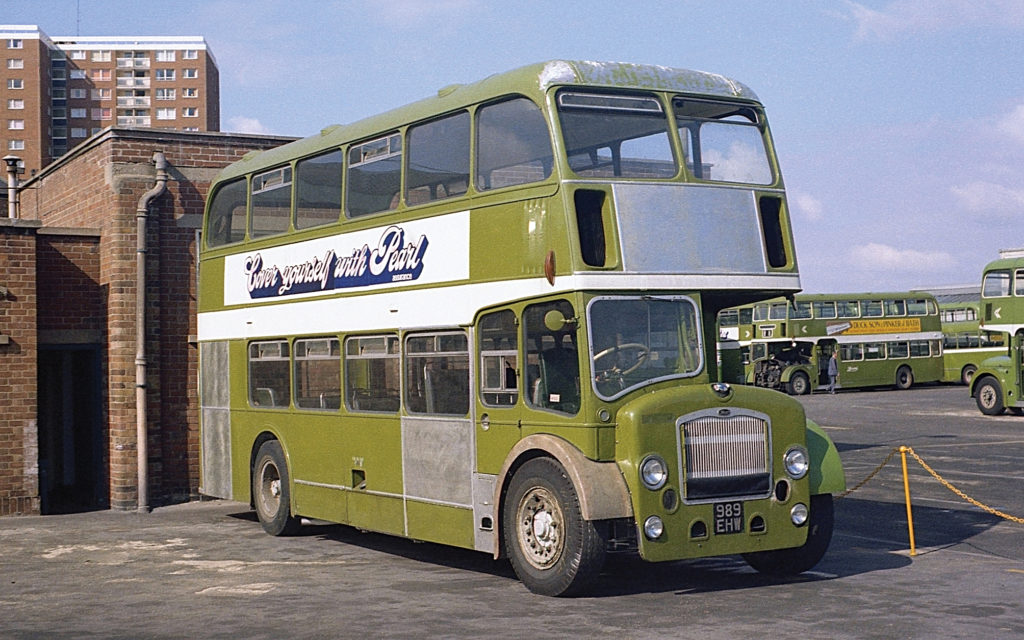 With FLFs now being withdrawn from the main fleet, No. L8537 (989 EHW) muat have been one of the last LDs to be converted to a driver trainer. (Bristol Omnibus Company, Amberley Publishing)[/caption]

But still, for students of the industry they were interesting times – though it was seldom possible to approve of the "interesting" developments. As the number of passengers dwindled year by year and fare increases came barely months apart, the company's activities contracted: service frequencies were reduced, the fleet became smaller, buildings were vacated and depots closed.  In the eternal cycle of any fleet, elderly vehicles were retired and, like mushrooms springing up overnight, long lines of their shiny replacements, reeking of fresh paint, appeared in the yard of the company's main depot and Central Repair Works at Lawrence Hill. It was the impending disappearance of the handsome Bristol KSW, a favourite type of mine since boyhood, when I'd been a notebook-carrying "bus spotter" that first prompted me to take a few commemorative photographs. Finding myself suddenly a driver not long afterwards re-ignited my schoolboy interest in the subject. The photographs in this book date from this period – roughly the second half of the 1970s – before the developments mentioned above killed my enthusiasm.

There was plenty to keep my camera busy. At the beginning of the period covered in the book the last rear-entrance buses in the fleet were being withdrawn, but the coming of OMO implied the disappearance of all traditional front-engined, half-cab buses operated by two-man crews.  As the period closed the company was persuaded of the need for more buses with high seating capacities – which essentially meant double-deckers – and many fewer small single-deckers. For the time being the short-wheelbase REs and their dual-door longer brethren continued to pound the tarmac: it was not foreseen that they would all be gone in a couple of years, well before their time. The LH-type would also disappear, with some examples disposed of after not much more than a year's service. 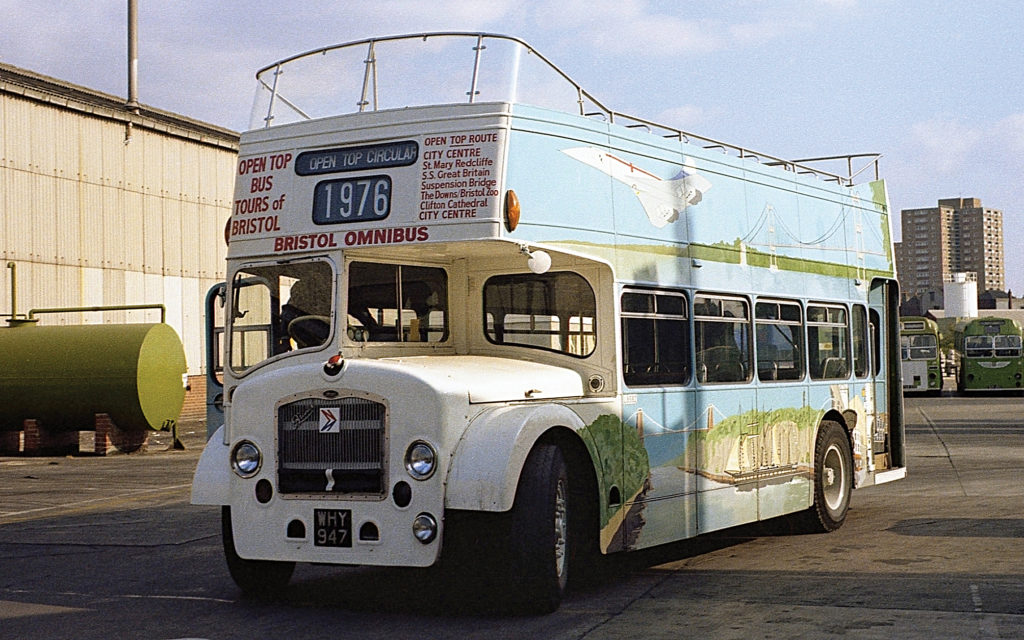 On Saturdays, when Lawrence Hill's yard was deserted, I sometimes took my camera to work in search of any photo-worthy behind-the-scenes subject, not neglecting the interesting "works" fleet. In 1977 I transferred to Bristol's bus station – as a depot known as Marlborough Street – where routes and fleet were more varied. Viewed through my customary rose-tinted spectacles, the few years that followed return to me as a time of lost enchantment. Although somewhat reduced since the company's great days, the network of rural services that spread out from Bristol was still substantially intact. Beneath the Cotswold Hills, in the Vale of Berkeley or the Chew Valley, little-frequented routes linked villages to their nearest towns; buses called at roadside shelters half drowned in nettles and cow parsley to pick up farmers' wives, or at lonely crossroads where, at the gates of their cottages, old ladies waited, clutching their shopping bags. With hindsight it should have been obvious that these things were at an end. I am grateful that I was in time to experience them during their final years. They have endured with a kind of super-reality in my memory. I was happy but, of course, didn't realise it at the time.

My tireless camera sometimes accompanied me if I was due to work some obscure service or there was the promise of an interesting vehicle, such as one of the dwindling number of five-cylinder MWs, an "upgraded" LS-type, or one of the vile early LHs the company had acquired second-hand from another National Bus Company subsidiary, Alder Valley. These, with the photographs taken on company premises and others I took "out of uniform" in my spare time, form the basis of my book. I have tried to provide informative captions, giving more that the bare details of bus, location and date. The introduction gives a more complete account of my association with the company. The book covers the last phase of this distinguished company's long existence, before it changed into something different and was broken up into "operating units" to be sold piecemeal into private ownership. 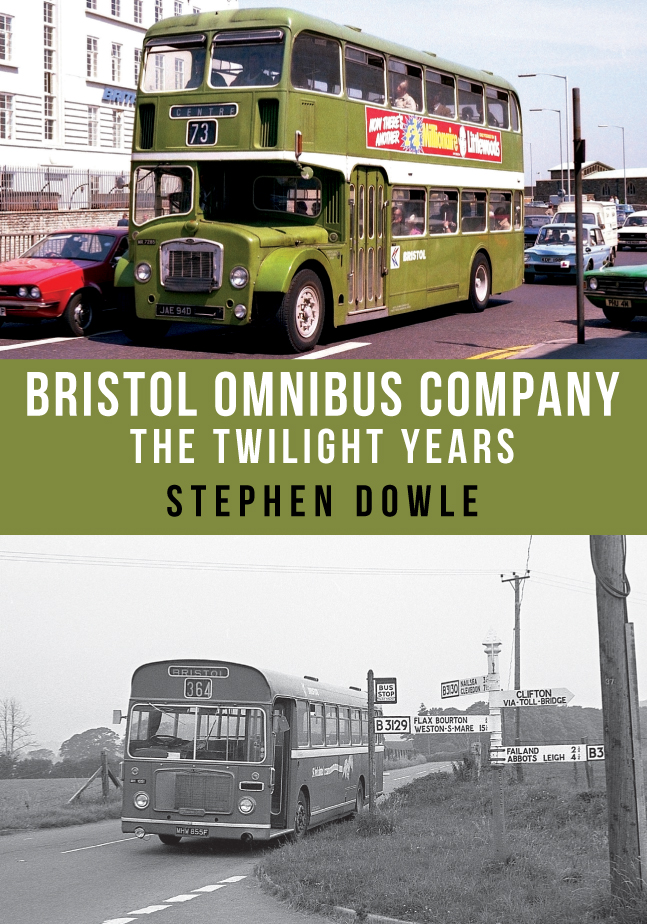