50 Medieval Finds from the Portable Antiquities Scheme by Michael Lewis 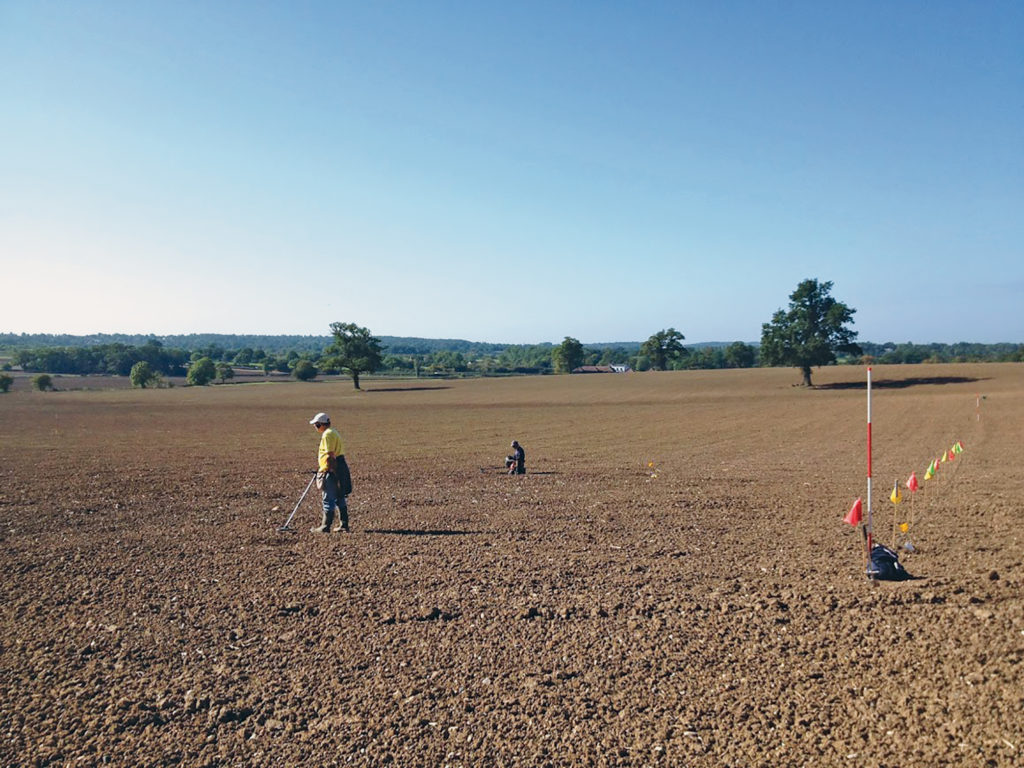 A metal-detecting survey on the site of the Battle of Barnet, 1471. (Author, 50 Medieval Finds from the Portable Antiquities Scheme, Amberley Publishing)[/caption]

How public finds are changing our understanding of Britain’s past

You might have spotted those guys in fields, often wearing camouflage, swinging a metal-detector left to right (and back again), looking for ‘treasure’… and wondered what they actually find! A testament to their efforts can be found on an online database of archaeological (finds.org.uk) maintained by the British Museum’s Portable Antiquities Scheme (PAS), which holds details of over 1.3 million items discovered by the public. These finds are transforming our understanding of the past – not only adding to new knowledge of the types of objects used in the past, but also proving insights to the places where our ancestors lived, and how they worked, survived and died.

I have been lucky enough to work for the PAS since 2000, first as the Finds Liaison Officer for Kent – recording public finds in that county – then as Deputy Head of the Scheme, and now (since 2015), as its Head of Portable Antiquities & Treasure. Some of those discoveries – Treasure finds – must be reported by law so that a museum might have the opportunity to acquire them. But most – about 80,000 a year – are recorded on a voluntary basis and then returned to the finder/landowner to do what they will with them. Many would hope that the most important items end up in museums for all to enjoy and experts to study, but unfortunately this is not always the case. The PAS (which covers England and Wales), was therefore established to make a record of archaeological finds made by the public which archaeologists are unlikely to ever see again, so at least the information about them can be preserved and help inform our knowledge of the past.

Britain is archaeologically rich, with a fascinating history. For me one of the most exciting periods of our past is that of the Middle Ages, where these islands, though not conquered, were exposed to many cultural contacts from across the known world. It could be said that Britain became closer to Europe at this time, and also Europe began to form a common cultural identity. The material culture (objects found in the ground) of the Middle Ages, including that discovered in the ground, appears to reflect that. Objects found in England are often very similar to those known from across Europe, though of course there can be some difference, such as in style. But in general, those difference are less obvious than before. 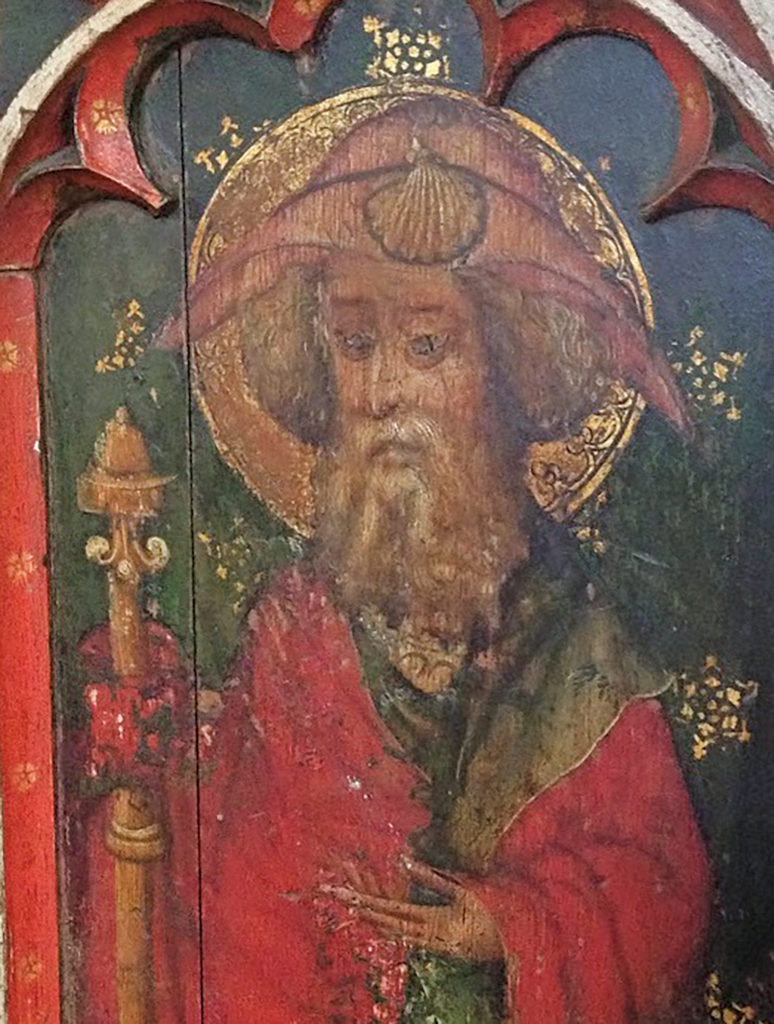 The phrase ‘Middle Ages’ is somewhat unfortunate. It suggests that the medieval period is a dormant phase between two ‘greater’ ages of history – that of the Classical past (particularly of the civilisations of Greece and Rome) and the European Renaissance, where radical and free thought became prevalent. Most archaeologists would consider the medieval period (in England) to be between the Norman Conquest of 1066 and the Protestant Reformation of the 1540s, dividing it from the early Middle Ages, sometimes called the ‘Dark Ages’, which preceded it. In my book – 50 Medieval Finds – I have taken the medieval period ‘proper’ (1066-1540) as my focus, leaving open the opportunity for another book on 50 Early Medieval Finds which I hope my colleagues will write!

Highlighting just 50 of the 234,000 or so medieval finds recorded by the PAS means that the list in this book is necessarily selective, and indeed I could have easily chosen a different 50 from the ones I have. I have tried to give an impression of the array of medieval items that the PAS has recorded over the last 20 years, and the various insights that these objects tell us about the Middle Ages. Some items – such as the seal matrix of Fulk fitzWarin – are undoubtedly important finds in their own right, but others – like the spindle whorl from Cheshire – are just representative of a relatively common artefact type. In many ways – rather unconventionally for an archaeologist – it is the objects that take the lead here, rather than how they – like pieces in a jigsaw puzzle – work together to paint a picture of the past. Archaeologists will rightly say that the most important thing about any archaeological object is its find spot, as without it archaeological finds are just curiosities. Sometimes, however, it is important to recognise the beauty and intrigue of these objects in their own right – as objects that help us appreciate the skills of past people and make us remember how close these people were (in being and culture) to ourselves. That is why many are best enjoyed in museum collections, so they can be appreciated by as many people as possible. 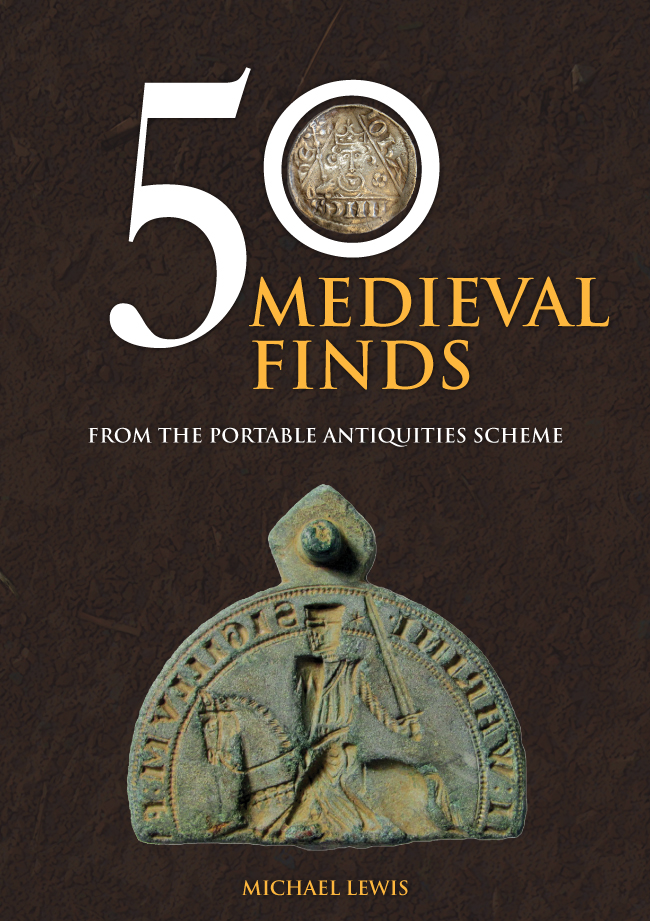