Preston at Work by Keith Johnson 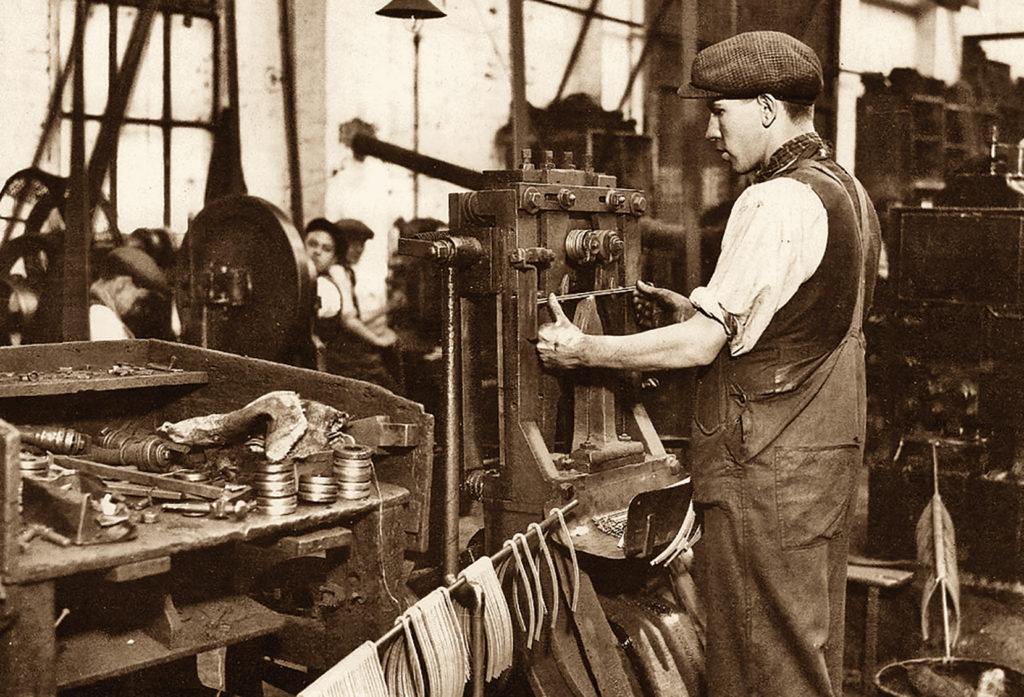 If you should stroll along Fishergate on a typical working day you would see window cleaners, street cleaners, traffic wardens, telephone engineers, postal workers, security staff, a busker or two, or a person selling copies of the Big Issue. Enter premises along that highway and you can observe travel agents, waitresses and waiters, bank clerks, shop assistants, hairdressers, barbers, perfumers, newsagents, pharmacists, beauticians, jewellers, estate agents, insurance agents, booksellers, mobile phone providers, greeting card sellers and confectioners all busily doing a day's work. They are all earning a living and are part of Preston's working life. 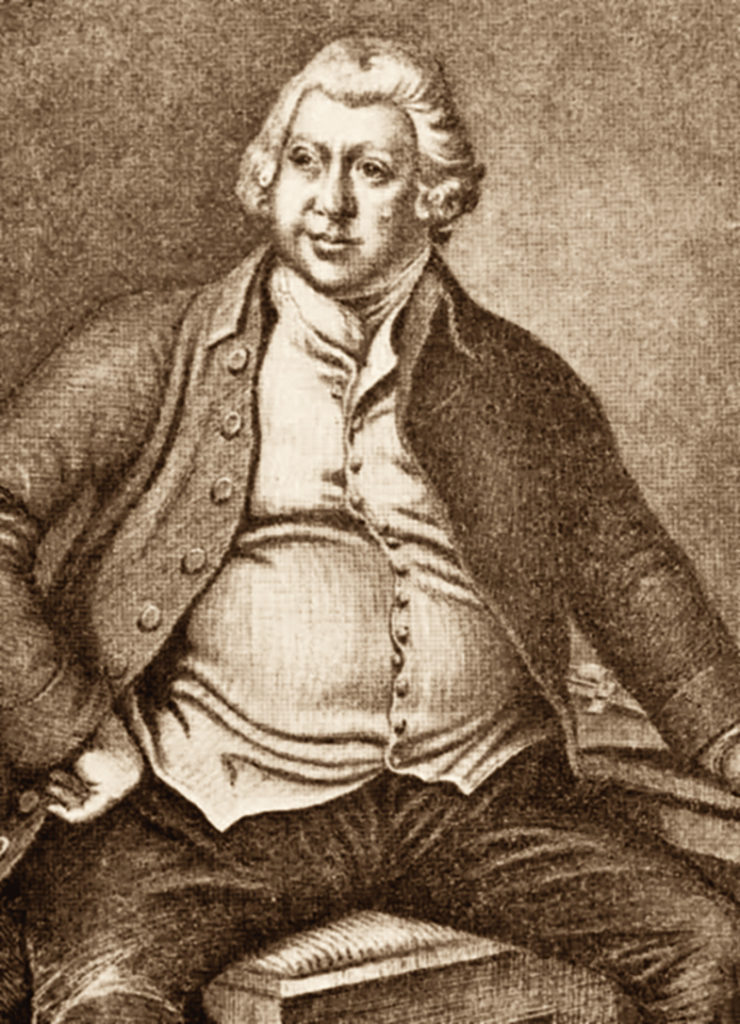 Many trades and professions have ancient origins and many more have been created for a modern age. My latest book Preston at Work traces life back to days of yore when Preston was described as an elegant and economical market town remarkable for the gentility of its inhabitants. It is abundantly clear that Preston folk have been at work here and did create, in the Georgian era, a cotton town. The city of Preston is at the very heart of Lancashire and over the last 250 years has been transformed from a market town into a University City, embracing the Industrial Revolution on the way.

Far-sighted and ambitious speculators built the factories, warehouses and workshops in Preston. Impressive engineering works soon followed, either to serve the cotton trade or to pioneer advancements in other industries. Ideas and inspiration have never been lacking in Preston and we can be proud of what was produced. The engineering skills forged in Victorian days led to knowledge that enabled the town to trade in worldwide markets with products proudly made in Preston; from tramcars to railway engines, from pioneering aircraft to jet planes, from knitting machines to printing presses, and from lorries to motor cars. 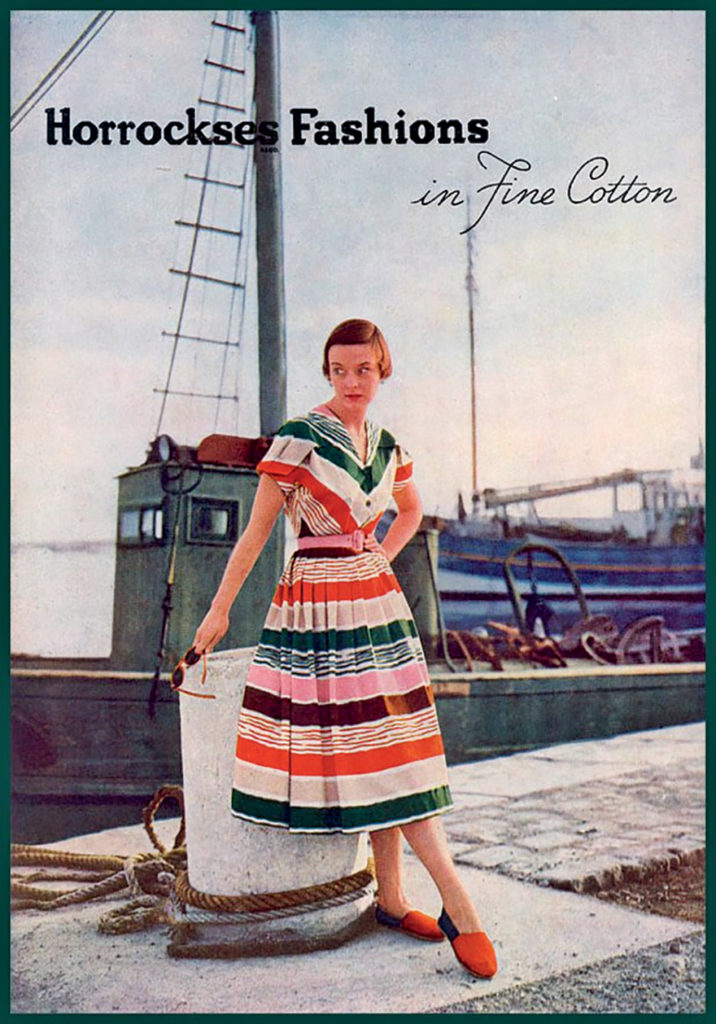 Preston also displayed the desire and determination to produce the essentials of life with factories and production lines for a variety of goods including soap, tobacco, gold thread, chocolates, cigarettes, light bulbs, slippers and even biscuits.

We can marvel at the achievements of the civil engineers who have been constantly at work making a town into a city for an ever increasing population. The old toll roads have given way to multi lane highways and motorways with links to industrial estates and shopping centres on the outskirts of the city. Within the city centre the factory chimneys and the engineering workshops are fewer now having given way to retail outlets, office blocks and towering apartment blocks for students. Even a port was created here for ships laden with cargo and canals and railways essential to progress were laid.

Preston remains at the centre of administration for the county and commerce and legislation sustain the employment of many. Solicitors, barristers, lawyers and attorneys still practice in the city as they did generations ago along with their clerical and legal assistants. Money matters are still dealt with in the city with banks and building societies aplenty particularly on Fishergate. 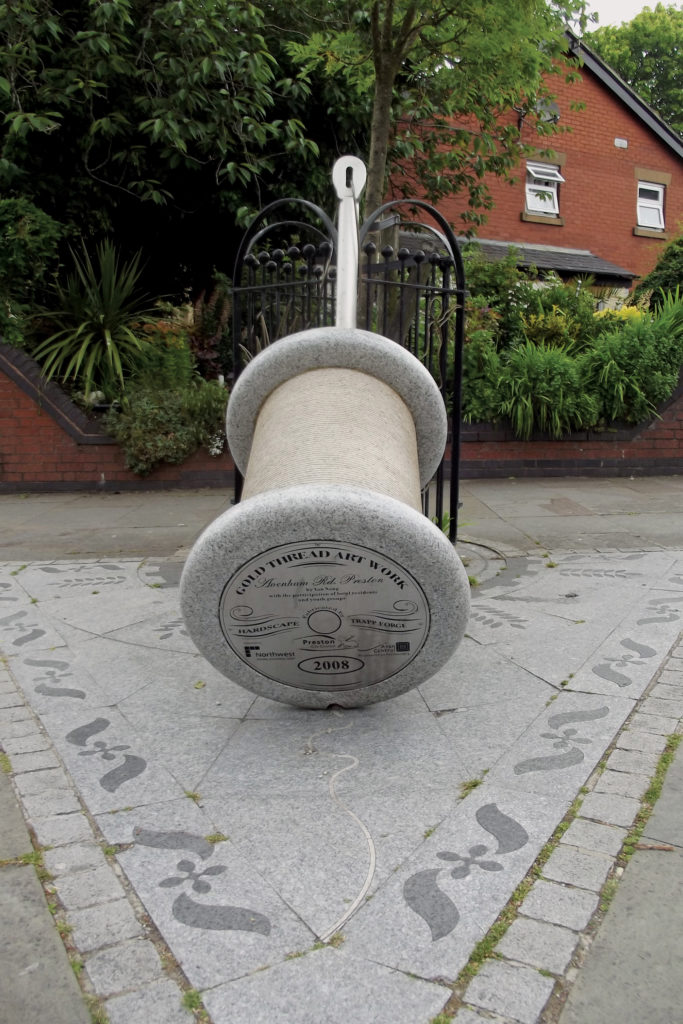 A reminder of the Gold Thread days on Avenham Road. (Preston at Work, Amberley Publishing)[/caption]

Our ever expanding education system not only provides places of learning with teachers and academics, but is also a source of much employment for local folk. Whilst our hospitals and clinics are supported not only by doctors and nurses, but by many care workers too. If we should need to call 999 for the emergencies in our lives we can call on police officers, firefighters and medics to assist us.

This book also takes a glimpse at the days when there were tea merchants, who shipped and blended their own product; provision dealers, who salted and cured Lancashire hams, reared and fed within a few miles of the town. Bootmakers who could produce a pair of real leather boots throughout by hand, soft and pliable, that clung to the foot like a glove. Tailors, livery coat makers, tinkers, and brawny blacksmiths have all forged a living here too.

You or your ancestors may have clocked on at Dilworth & Carr, Goss Foster, English Electric, Drydens, Simpson's Gold Thread Works, Horrockses, Courtaulds, Siemens Lamp Works, Tulketh Mill, Atkinsons Vehicles, Sharps Commercials or Beeches Chocolate factory and played a part in their story. You may have been employed at County Hall, or the Town Hall, or by Preston Corporation or been amongst the army of retail workers at the Co-op, Sainsbury's, Asda, Tesco and Morrisons and contributed to their tale.

There are many things we take for granted today such as lighting, heating and fresh water supplies, yet it has not always been the case. This journey through Preston's working life takes us from the cotton trade, through the days from paraffin lamps to electric light bulbs, from steam power to nuclear energy, all of which met with the endurance needed to progress in Preston. 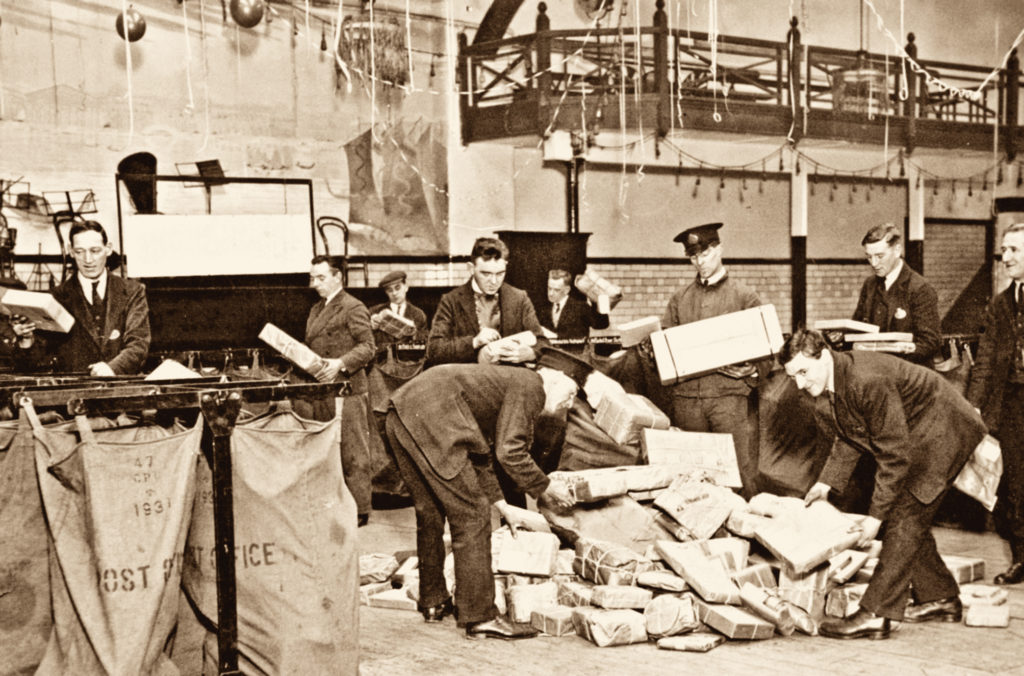 Preston has had down the decades quite a few industrial duos whose names have been etched into the city's history. Dick & Kerr, Dilworth & Carr, Gregson & Monk, Vernon & Carus, Cooper & Tullis, Dorman & Smith, the Atkinson brothers and of course the Horrocks brothers, John & Samuel, who all contributed to the progress of Preston.

Indeed, since the Georgian days Preston folk have embraced and endured the developments of the industrial age, and been swept along on the tide of change into the world of technology in which we now live. For successive generations the evolving world has brought many differing challenges that would have left our ancestors bewildered and baffled.

Generations of Preston workers can be rightly proud of their contribution to society and to the way they have confronted the challenges of earning a living willingly. Working for the common good was reflected by Preston born poet Robert Service when he penned the following verse in his poem 'I Believe'.

It's my belief that every man

And in our economic plan

No citizen should shirk.

That in return each one should get

His meed of fold and food,

And feel that all his toil and sweat

Is for the common good. 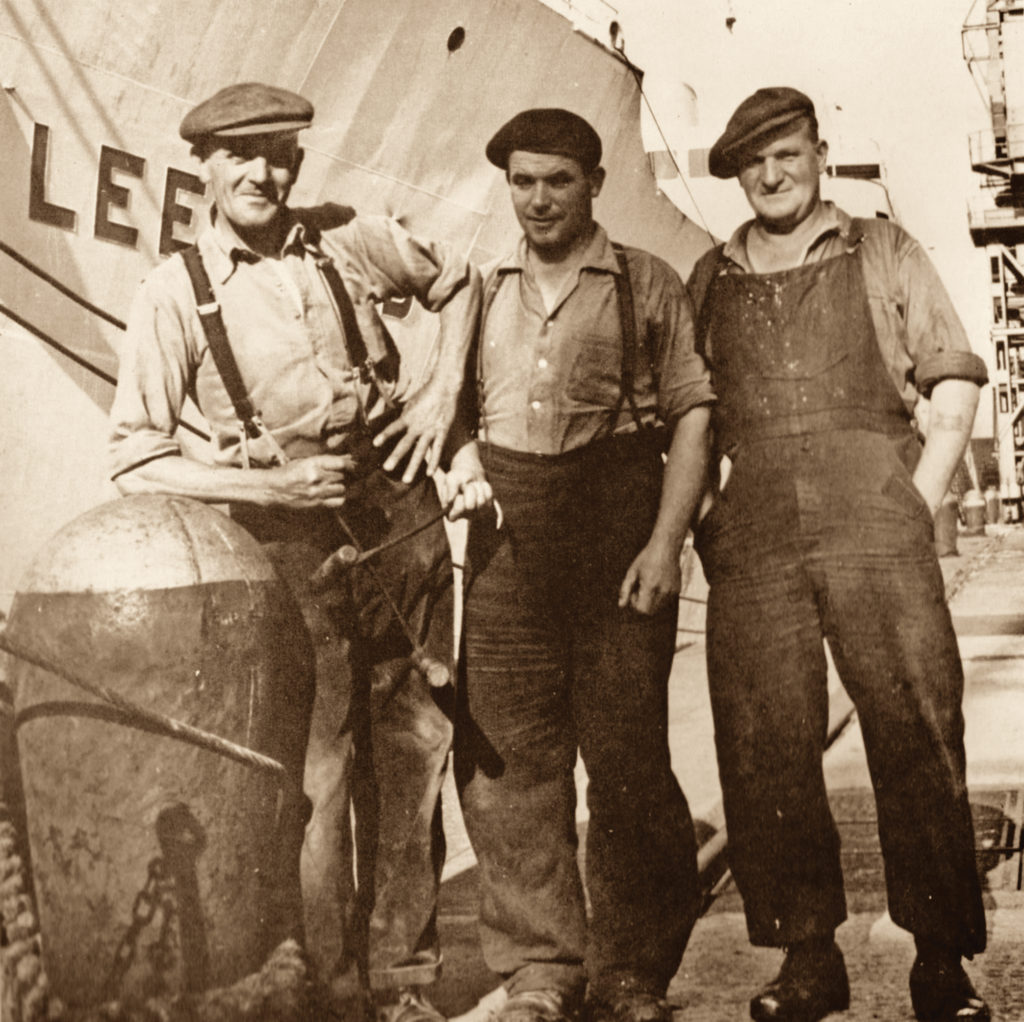 It is apparent that great strides have been made and adversity overcome to accommodate a population that is nowadays over 140,000.  Preston folk have achieved many great things for the benefit of all.  They showed great loyalty to their employers many of whom acquired great riches with their investment in local people. The cotton masters have now gone and the corporate bodies rule the world of work. Yet still there are enterprising individuals who create companies for the benefit of all.

Hopefully, this peep through the lives of the Preston workers down the years will leave you in admiration for their achievements. No doubt they stuck to their tasks despite the troubles and strife that they faced, thus ensuring we have a thriving enterprising city to dwell within. They took pride in their work for which we can be eternally grateful. 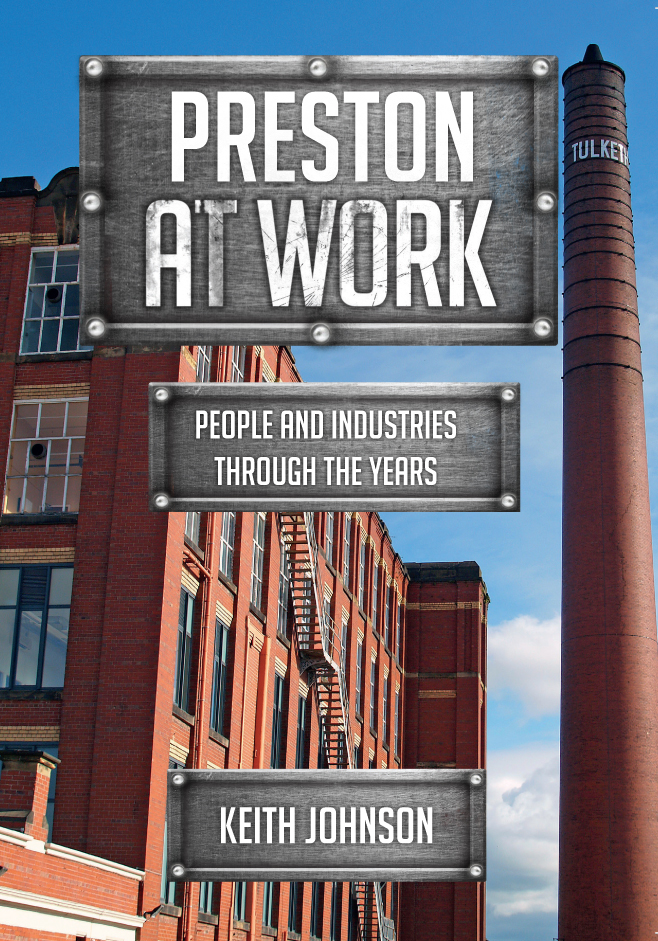