Heroines of the Medieval World by Sharon Bennett Connolly 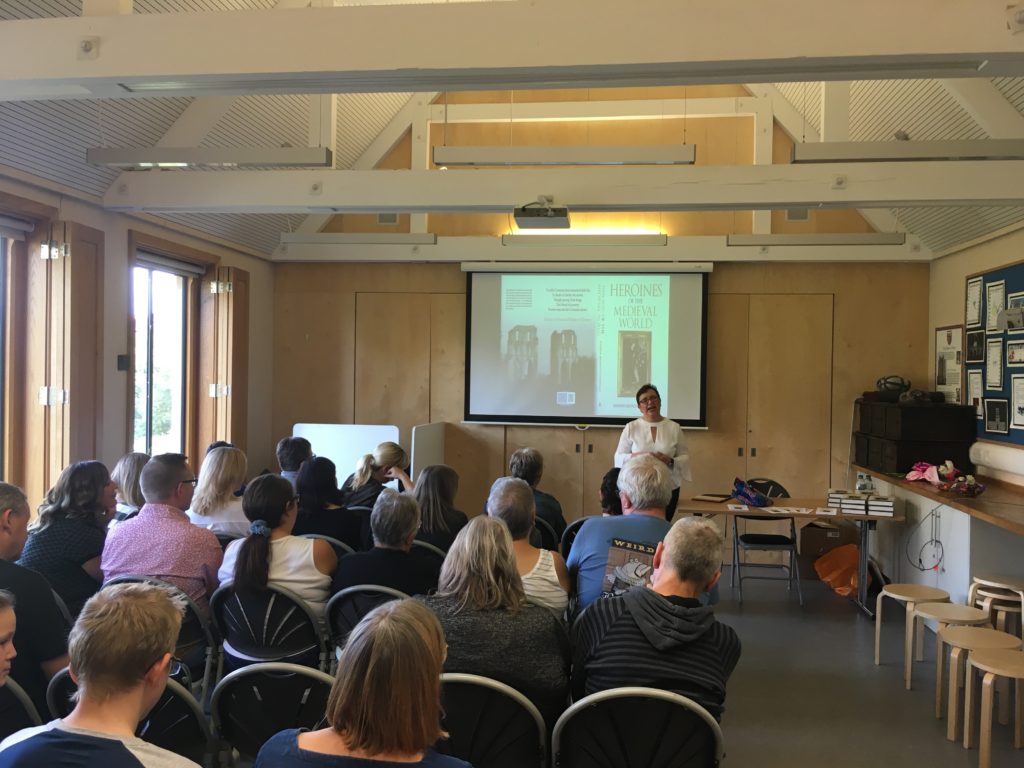 On Saturday, 14th October, Conisbrough Castle was the venue for my first talk after the release of my book, Heroines of the Medieval World. In the glorious sunshine, the Castle looked spectacular, the ideal setting for a history talk.

I grew up just 5 miles from Conisbrough Castle and so, as a child, every summer holiday included a picnic at the castle and a climb to the top of the keep. As a student I volunteered at the castle, helping out at events and giving guided tours to school groups. In those days, the castle was just a shell, with green slime on the walls, but now it has floors inside, a roof to protect it from the elements and visual displays throughout. The Visitor Centre has a small museum with a cartoon strip telling the castle’s story and interactive displays for the kids. Conisbrough Castle’s only claim to fame seemed to be its link to Sir Walter Scott’s Ivanhoe, in which it played the part of a Saxon stronghold. 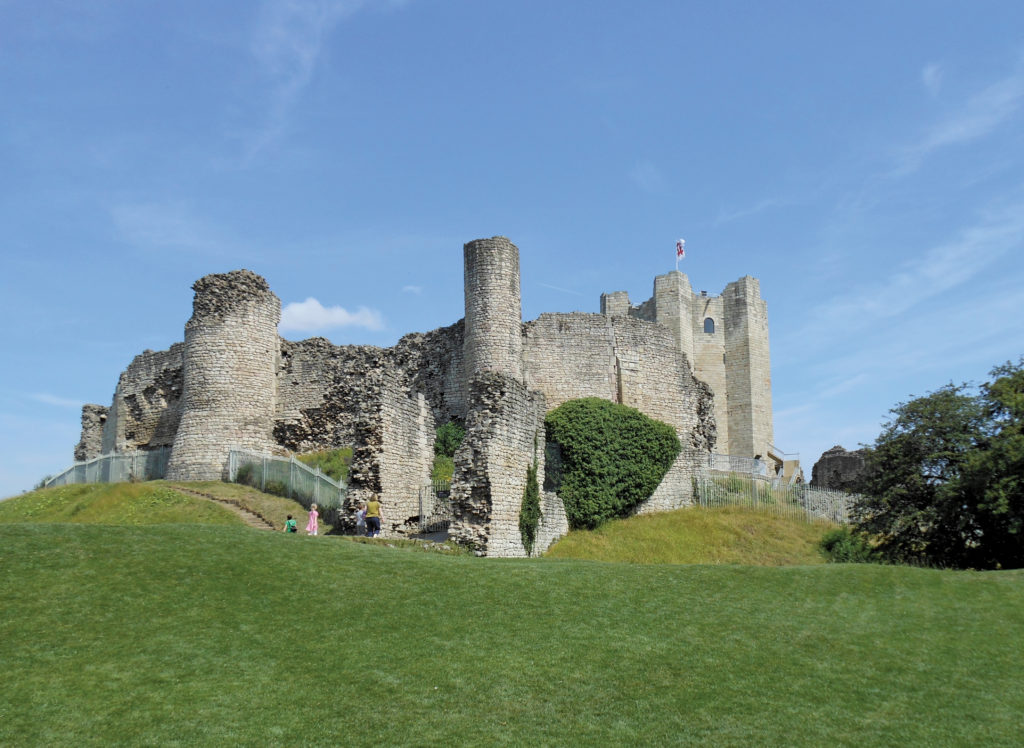 However, Conisbrough had been very much a Norman stronghold since the Conquest, given as a prize to one of William the Conquerors’ most loyal followers, William de Warenne, first earl of Warenne and Surrey. My talk took place on the 951st anniversary of the Battle of Hastings, the day the Castle changed hands. On the morning of the battle, it belonged to Harold II, but by the end of the day Harold had lost the kingdom and his life and Conisbrough was a prize of war.

Heroines of the Medieval World looks at the lives of the women – famous, infamous and unknown who broke the mould. Those who defied social norms and made their own future, consequently changing lives, society and even the course of history. Four of the women in the book had strong connections with Conisbrough Castle, and so it seemed appropriate to hold my first talk and book signing at my ‘home’ castle. 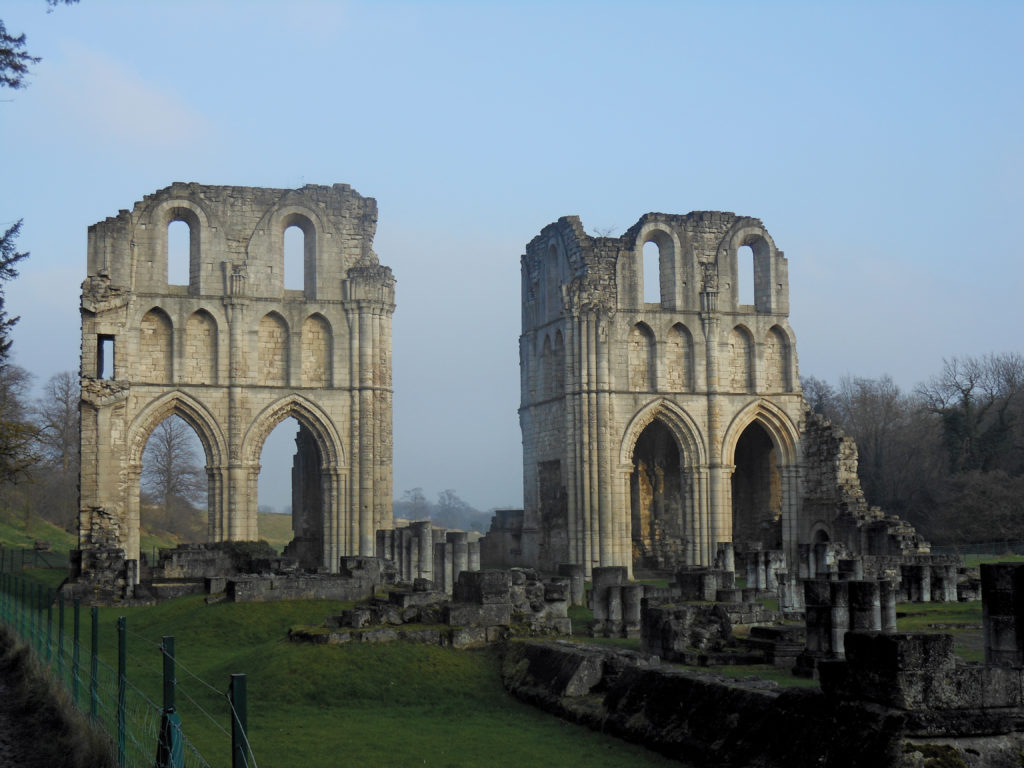 My talk concentrated on these four women, telling the stories of their lives and explaining their links to this magnificent castle. The first was Isabel de Warenne, great granddaughter of the first Earl of Warenne and Surrey. Isabel was one of the greatest heiresses in England and it was her second husband, Hamelin, who was responsible for building the keep we still see today. The second Heroine was Joan of Bar, neglected wife of the last de Warenne Earl of Surrey. She was followed by Isabel of Castile, who gave birth to her son, Richard of Conisbrough, Earl of Cambridge, within the castle walls and thus became the matriarch of the York dynasty which would rule England under Edward IV, Edward V and Richard III. And the last was Maud de Clifford, widow of Richard of Conisbrough, who lived out her life at the castle and was buried at nearby Roche Abbey, and who had family on both sides of the Wars of the Roses.

The talk was aimed at demonstrating the many links that Conisbrough Castle has to the major events in English medieval history, from the Norman Conquest, to the disastrous reign of Edward II and the civil war which became known as the Wars of the Roses. Conisbrough Castle and its former residents have a rich history and it was a pleasure to bring just a few moments of it to life. 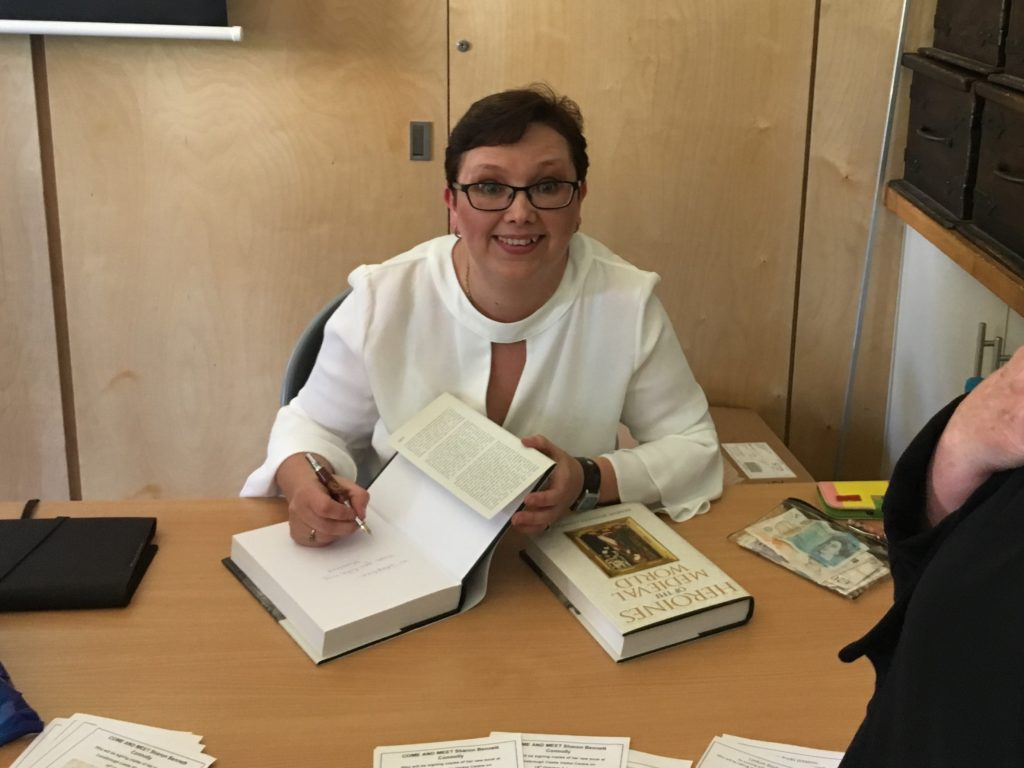 Attended by over 50 people, the audience was made up of friends, family, readers of my book and blog – historytheinterestingbits.com - and visitors who had called at the Castle because it was a gorgeous Saturday afternoon. And they were aged from 3 to 73! I was nervous – the last time I had done a talk was when I used to give tours at this very castle as a student. I had made plenty of notes, but in the end, I never even looked at them. The stories just flowed, from one Medieval Heroine to the next, with the children kept busy counting the number of Heroines, and the number of gruesome deaths!

However, the audience was lovely. Some had travelled from as far afield as Manchester, Staffordshire and Nottinghamshire. One lady gave me flowers and another gave me a ‘congratulations’ card from The Swinton Book Lovers Club (from my home town). Several people had brought their copies of ‘Heroines of the Medieval World’ for me to sign and many more bought the book on the day – it was a pleasure to sign every single copy.

I am very grateful to the staff at Conisbrough Castle, who were absolutely wonderful, welcoming guests and encouraging visitors to join the talk, and even offering discounts on Castle entry to anyone who had a copy of my book.

It was a perfect day. 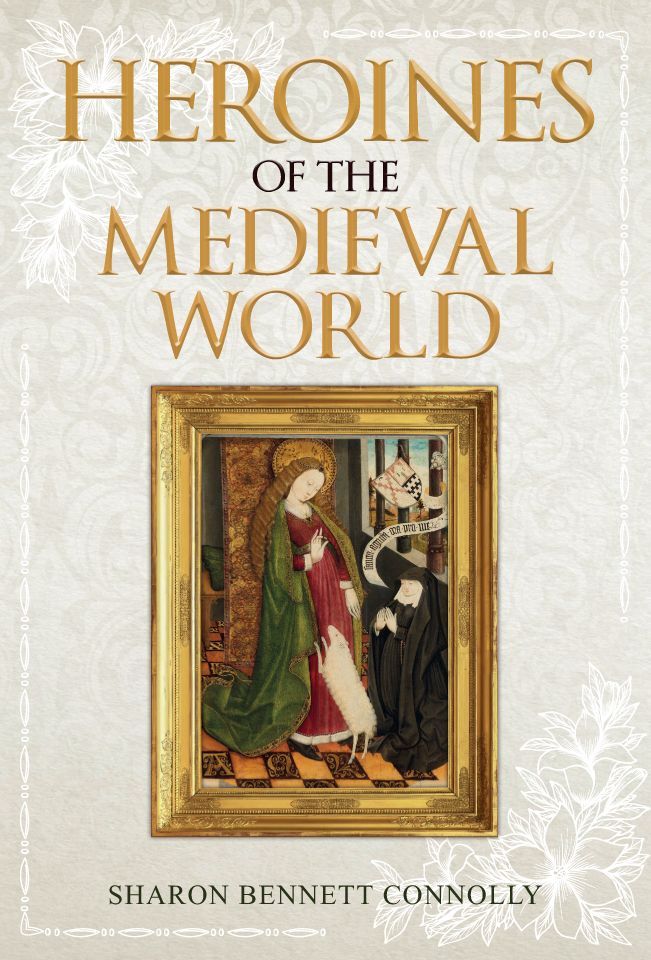