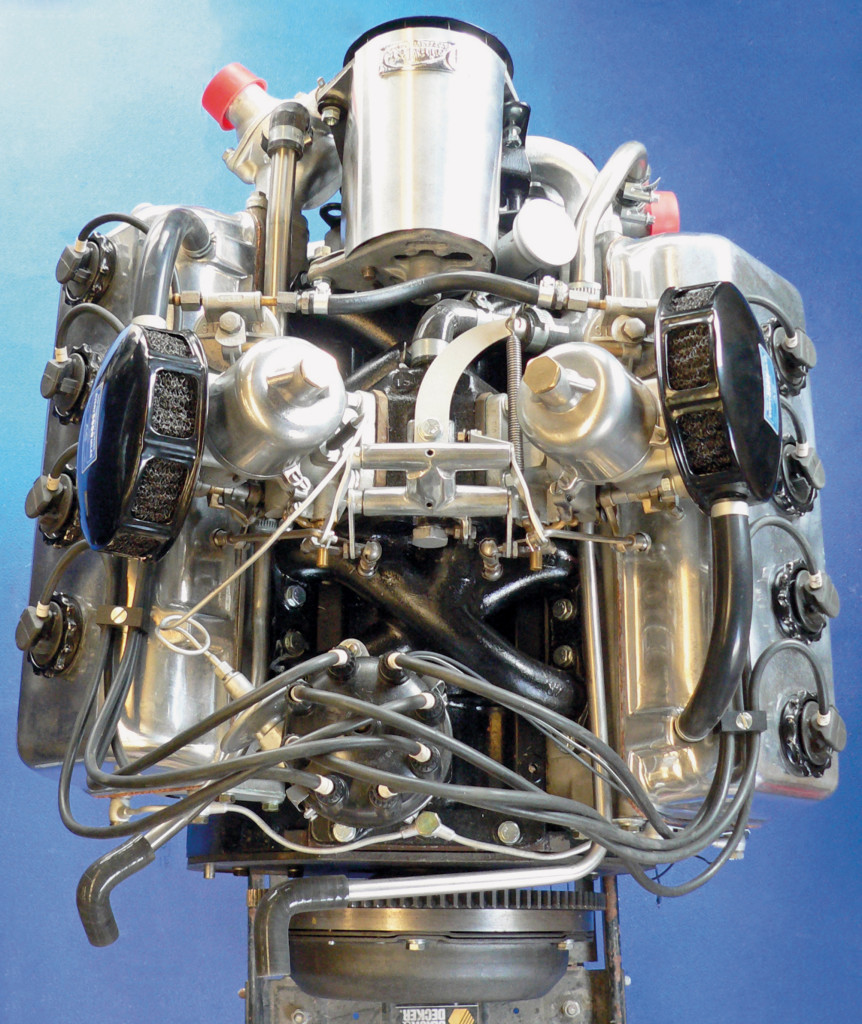 The 2.5 litre V8 engine designed by Edward Turner with all its plumbing in place. (Nick James, Docker's Daimlers, Amberley Publishing)[/caption]

Following a destructive and expensive world war it took Britain the rest of the 1940s and the best part of the fifties to achieve a stable peacetime economy. Daimler’s experiences during this period were somewhat peculiar, though influenced by circumstances which were common to the rest of the motor industry.

Taking the common background first, the UK economy was harnessed to a single overriding objective which was to restore Sterling to pre-eminence in company with the US Dollar. The UK Treasury embarked on a strategy of promoting exports while conversely suppressing domestic demand for goods, in order to bring in foreign earnings and stimulate international demand for Sterling. The chief tools of this strategy were material licences and purchase tax.

The supply of vital raw materials to industry was subject to strict state control. For example, for a few years various bicycle components could only be produced with a painted rather than chromium plated finish. More generally steel could only be purchased under licences which required specific levels of export sales. Even for the larger motor manufacturers this presented a challenge because their pre-war experience of exporting was often limited to countries within the British Empire. Those countries were very often themselves recovering from their own wartime experiences and so the market everyone had to aim for was the USA, which was also probably the one market of any size for which the majority of British car output was especially unsuited. 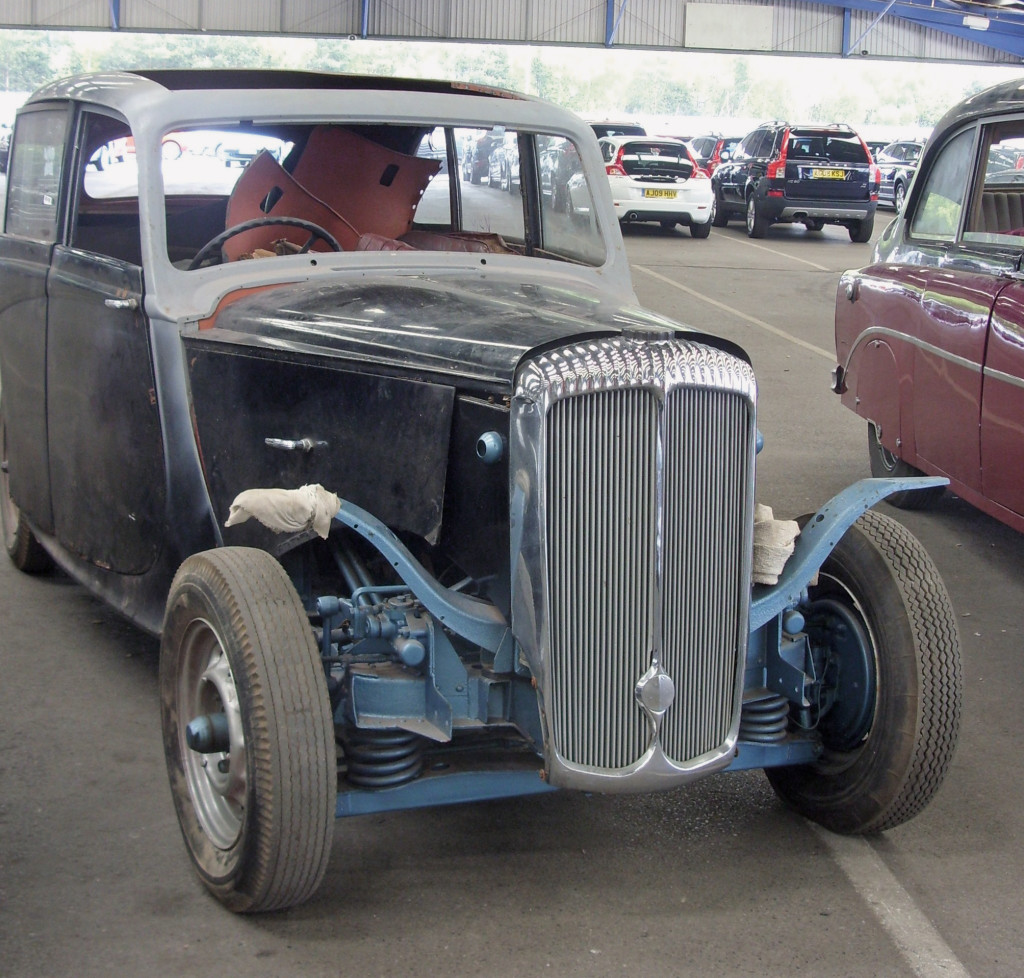 Daimler’s larger models had always sold well amongst international nobility but the occasional straight eight limousine was not going to balance the books, and even those exalted customers were having their ranks thinned by the effects of socialist revolution. By the mid-fifties even British Royalty were lured away by Rolls-Royce. Like most British cars, Daimler’s smaller models were too slow or too small to appeal to anything recognisable as an average American which left Daimler reliant on the home market.

Meanwhile in Britain, domestic demand for electrical goods and cars was deliberately suppressed throughout the forties, fifties and into the sixties. In the case of cars successive UK governments not only artificially inflated prices by means of purchase tax they also imposed rules governing hire purchase finance which mandated minimum deposits and maximum repayment periods. To make a bad situation worse these measures were subject to regular amendment which caused dramatic and unpredictable lurches in demand both up and down. 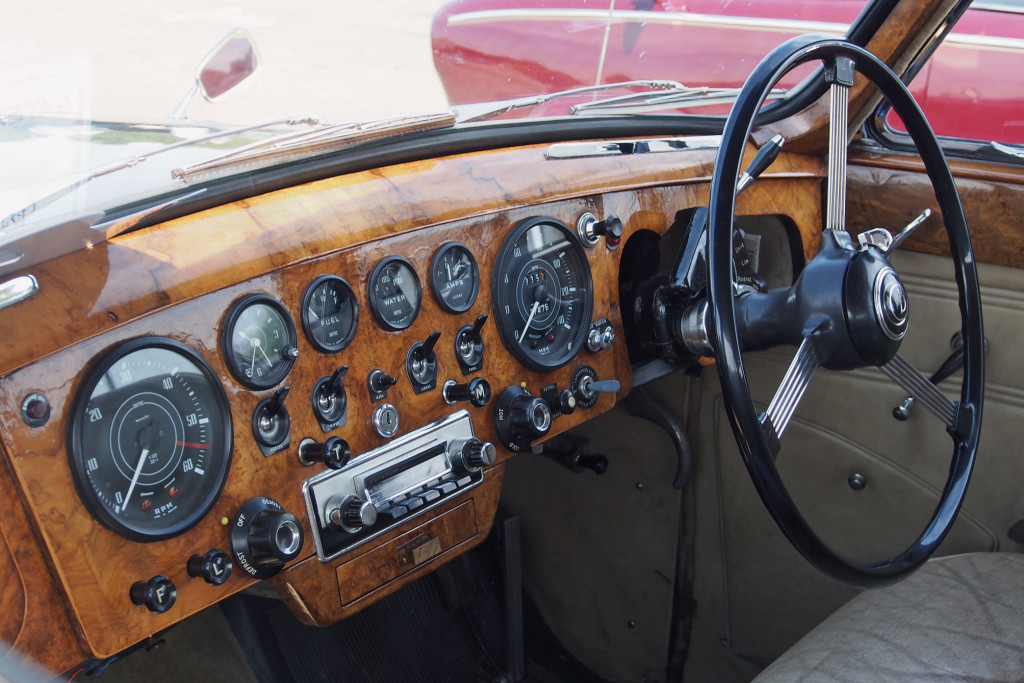 Compared to the Majestic dashboard, the Major's instrument panel was enlarged to incorporate a tachometer and the instrument and switch surrounds were black rather than chromed. (Author's collection, Docker's Daimlers, Amberley Publishing)[/caption]

A further factor to contend with was the supply of bodies. Firms capable of producing pressed steel bodywork were being rapidly brought up by the major manufacturers as they made the transition from chassis based to monocoque bodies. Meanwhile, squeezed by a declining customer base priced out by purchase tax and the loss of cheap skilled labour in a period of full employment, the traditional coachbuilders were shutting down with their industry pretty well extinct by the end of 1959.

The capital required to ride out these market conditions was such that only large manufacturers or medium sized firms which were part of a larger corporate group could hope to survive. Morgan managed it by staying small enough to live on a niche market they inherited from their deceased rivals. Jaguar almost managed it by trying to grow themselves into an engineering group by acquisition. Daimler was relatively sheltered within the BSA group. Like Rolls-Royce, Bentley, Armstrong Siddeley and Alvis they were tolerated as loss making but prestigious figureheads. Daimler were especially fortunate in that BSAs Chairman, Sir Bernard Docker, and his wife, Lady Norah, rather enjoyed having access to a supply of luxurious automobiles which were very often hand built to personal order.

The length of the DE36 chassis gave coachbuilders, in this case Hooper, scope to create some of the most elegant and well proportioned bodywork ever made. (Jaguar Daimler Heritage Trust, Docker's Daimlers, Amberley Publishing)[/caption]

The appearance of the Docker Daimler became a regular highlight of the Earls Court Motor Show through the early fifties. These show cars, created in the workshops of Daimler’s in-house coachbuilder Hooper, were lavish demonstrations of the coachbuilders and trimmers craft. They undeniably succeeded in bringing immense international publicity to what was a very minor manufacturer. However their close association with the Dockers, for whose personal use they were almost constantly available, meant that many viewed them as little more than the Chairman’s wife’s rather tacky freebie.

Norah is largely forgotten now but was a household name right from the moment she married Bernard in 1949. He was rich but then so was Norah, having been twice widowed by millionaires, and she openly enjoyed her wealth at a time of socialist governments when the rich were trying to avoid attention. Whether what she lacked was airs or breeding was a matter of opinion and personal taste, either way for most of the fifties there was no avoiding the woman as she appeared in newspapers, magazines, newsreels and on TV. While the publicity was certainly considerable the BSA board became increasingly certain that it wasn’t the sort which could be translated into sales. In 1956 Bernard was ousted from the Chairmanship after a rather messy and very public boardroom revolt. 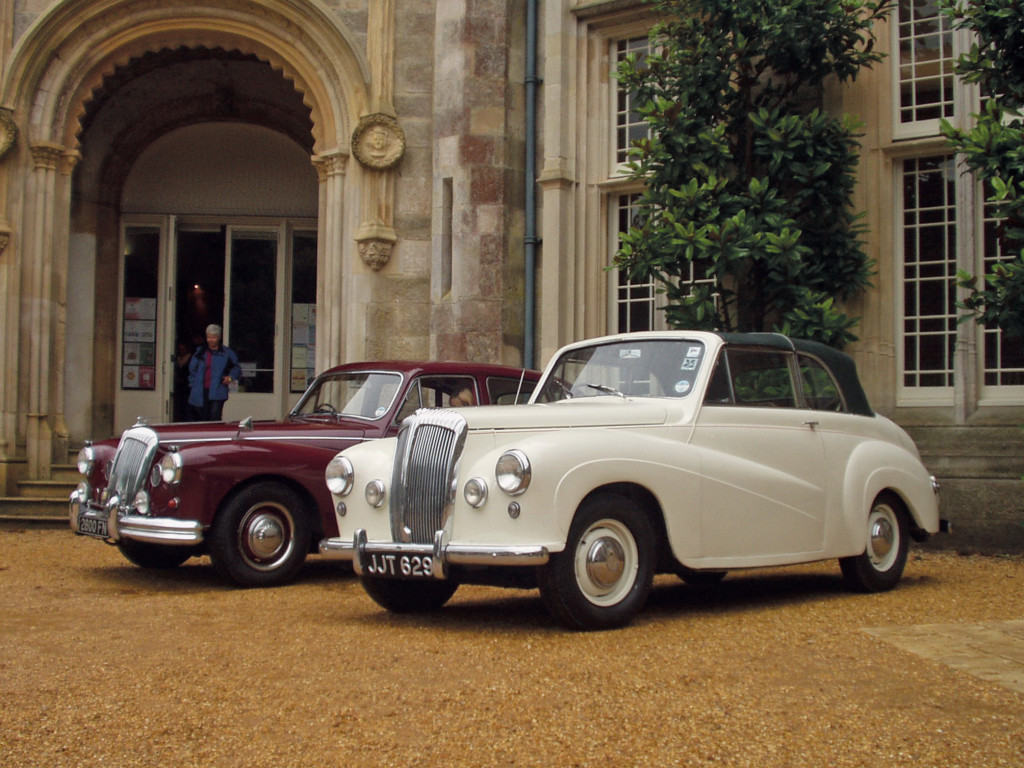 The conquest Drophead Coupe shared a great deal of its panelwork with the salon. It was only produced with the Mark 1-style front end. (Author's collection, Docker's Daimlers, Amberley Publishing)[/caption]

BSA, and thus Daimler, was now headed by Jack Sangster who had joined the board in 1951 when his Triumph motorcycle firm was acquired to augment BSA’s own motorbike interests. Triumph designer Edward Turner was placed in charge of BSA’s motoring division and immediately began adapting his Triumph engine designs to produce a pair of V8 engines of 2.5 and 4.6 litres which were to power a new generation of Daimler cars. The smaller engine was placed in a fibreglass bodied sports car called the SP250 whilst the larger engine was fitted to modified versions of Daimler’s Majestic saloon to produce the Majestic Major saloon and long wheelbase limousine. A plan to use the small V8 in a modified Vauxhall Cresta to produce what would have been the Daimler Dynamic died in the process of BSA selling Daimler off to Jaguar.

Although Jaguar’s chief purpose in buying Daimler was to acquire extra factory space, Jaguar still had a reputation for being a bit flashy. Beginning with the 2.5 V8, essentially a Mark 2 Jaguar fitted with the small Daimler V8, Jaguar used the Daimler brand to sell cars to customers they could not otherwise reach. As Jaguar built a reputation for design excellence so this badge engineering became less useful and the last Daimler model was sold in 2007. 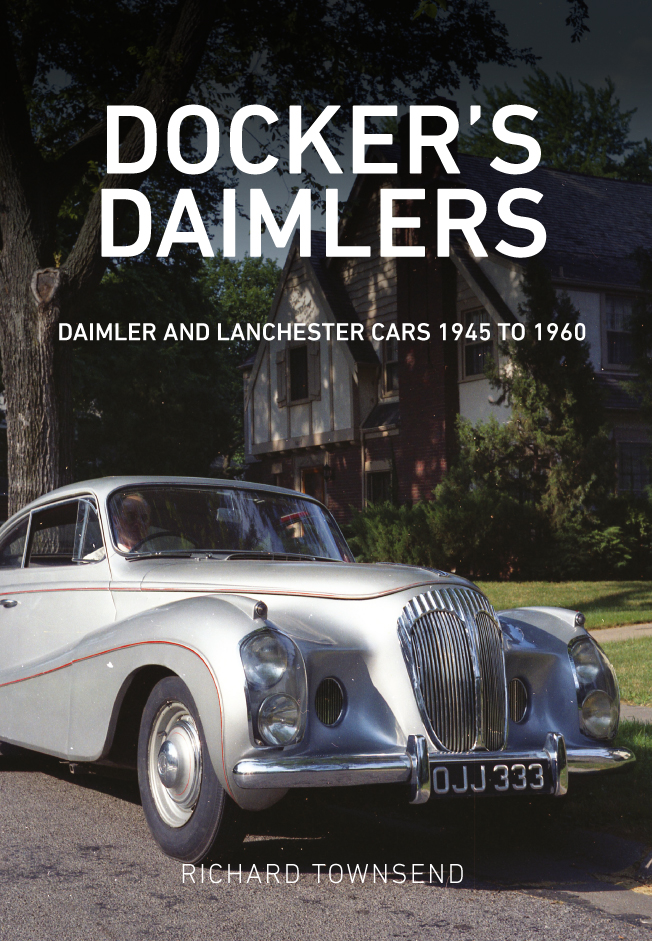