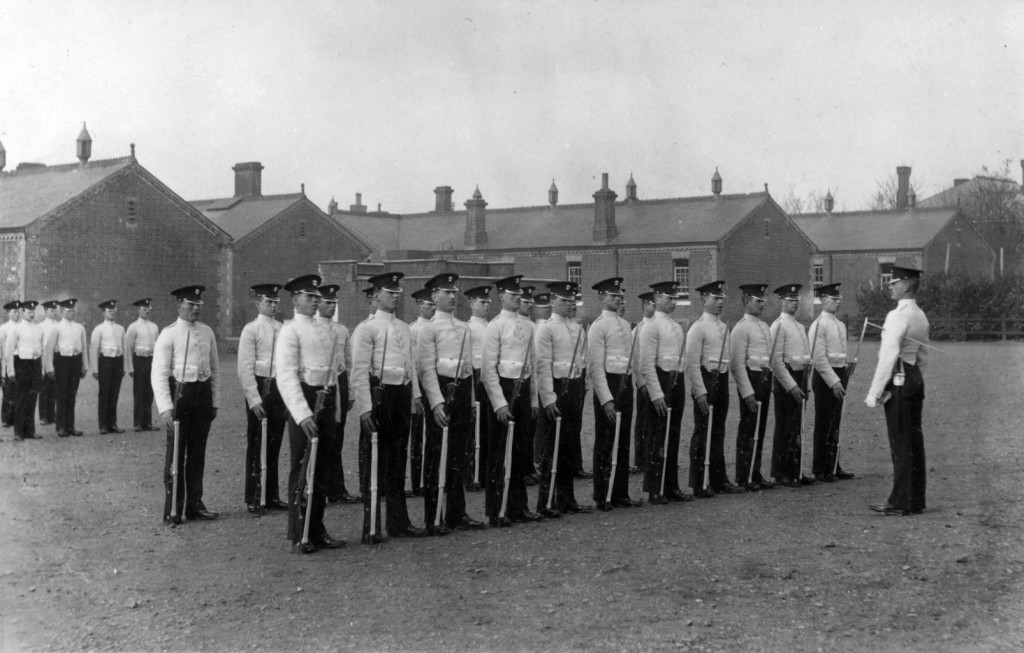 Aldershot has, for over a hundred and sixty years, been famous as an “Army town”; indeed its name has become synonymous across the country with the Army. Yet now it is a town undergoing considerable change. Not only has the garrison recently been completely rebuilt, but 148 hectares of old Army land has been given over to civilian redevelopment, on which the new Wellesley housing estate is beginning to rise. This massive development will take around 10-12 years to complete, and will transform the character of the old South Camp. So the time is right to evaluate the impact of the Army on Aldershot, the relationship between the military and civilian communities, and whether Aldershot can still claim its proud title of “Home of the British Army”.

Any modern-day changes are dwarfed by the impact of the Army’s first arrival in Aldershot. Before 1854 Aldershot was a small rural village, with a population of 875 who earned their living from agriculture or essential local trades such as baker, blacksmith and carpenter. To the north west of the village was the huge empty land of Aldershot Heath, ideal for the Army to set up its first permanent training camp. Given added urgency by the Crimean War, soon two camps were built either side of the Basingstoke Canal, and by 1859 some 15,000 soldiers were here. The character of the area changed very quickly, as entrepreneurs were quick to see the potential for businesses serving not only the thousands of troops but also the huge numbers of workers employed on building the Camp. As it became clear that the military were here to stay, the wooden shanties in which these businesses initially operated were replaced by smart new buildings, and a new Aldershot town centre grew up immediately south of the Army Camp and about a mile west of the old Aldershot village. 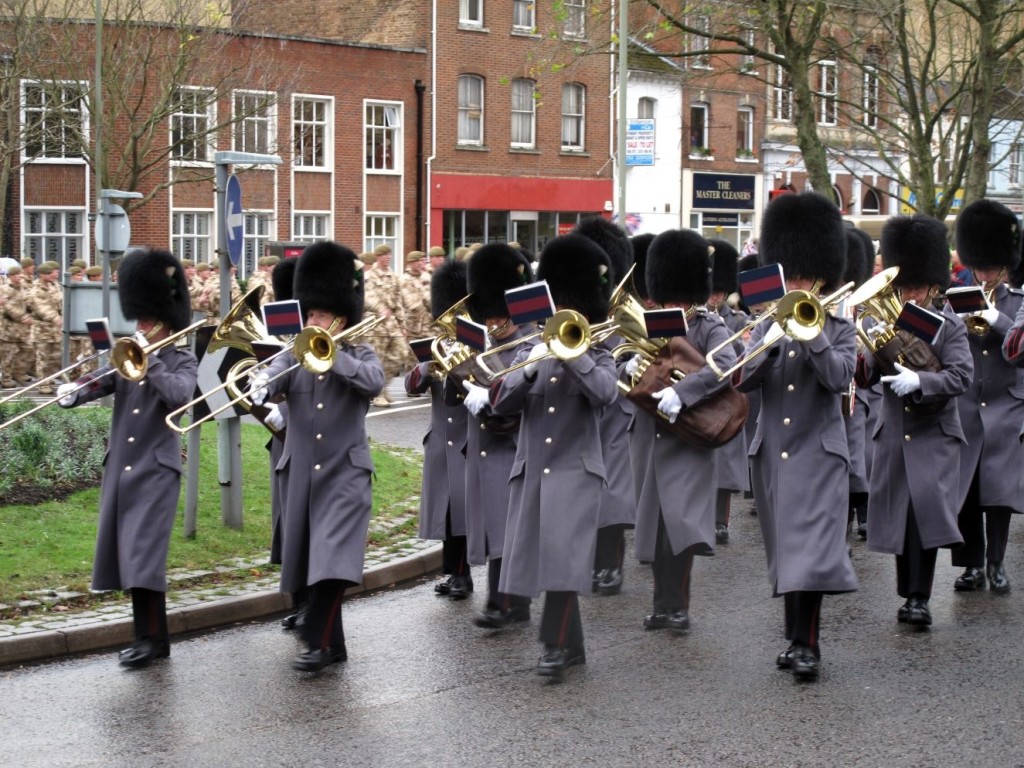 The Band of the Welsh Guards leads the Regiment’s welcome home parade through Aldershot town for their return from the war in Afghanistan, December 2009. (Aldershot's Military Heritage, Amberley Publishing)[/caption]

Since that time the fortunes of the Camp and town have gone hand-in-hand. The Camp reached its peak in the first half of the twentieth century, and the burgeoning prosperity of the civilian town was shown by its achieving its Charter in 1922. In the 1960s the Victorian Barracks were swept away as a new Military Town was built for the late twentieth-century Army and Aldershot became the home of the Airborne Forces. However, with the many defence cuts and re-organisations, the overall numbers in the Army have fallen back and so, in turn, has the size of the Aldershot garrison. The 1960s barracks were designed for 10,000 troops, in the twenty-first century numbers are around half that. As a result the garrison has consolidated onto land in the northern part of the old Camp, leaving the southern area to the Wellesley development.

For the first hundred years of its existence, Aldershot was the country’s largest and most important Army camp, and it sent men to fight in all the major conflicts from the Zulu War to the recent wars in Iraq and Afghanistan. In both the First and Second World Wars, the Aldershot Divisions were the first to be mobilised and in both wars they became the First Corps of the British Expeditionary Force. The pivotal role of Aldershot makes its story of not just local interest but of national importance. Today the numbers may not be what they once were, but Aldershot is the headquarters for the Army’s national Home Command, along with 101 Logistic Brigade and 11 Infantry Brigade. It remains the centre of the Royal Army Physical Training Corps, and it is the Army’s “Centre of Sporting Excellence”. 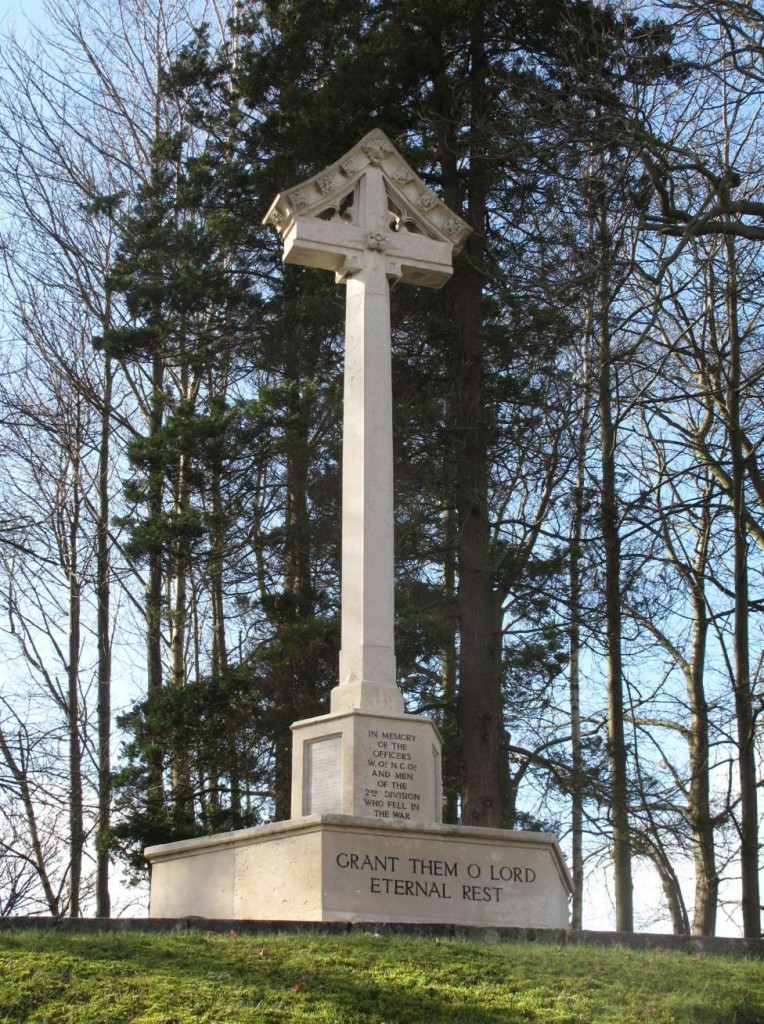 Against this background, I was very pleased to be able to write Aldershot’s Military Heritage for Amberley. In this book I have been able to look at the development of the Camp, its role in the nation’s wars, and some of the many colourful characters who have passed through in the last 165 years. Military heritage is visible across Aldershot, in the buildings, monuments and memorials, and in the continuing role that the military plays in the life of the town. This was wonderfully demonstrated recently when the population turned out in huge numbers to line the streets as the veterans of the Parachute Regiment who fought in the Falklands War marched through the town to mark the 35th anniversary of this conflict. In the Wellesley development, the old barracks, battles and notable soldiers are honoured in the names of the roads and buildings, and work is underway to establish a series of Heritage Trails across both the Camp and Town. Truly this is the right time to celebrate Aldershot’s military heritage. 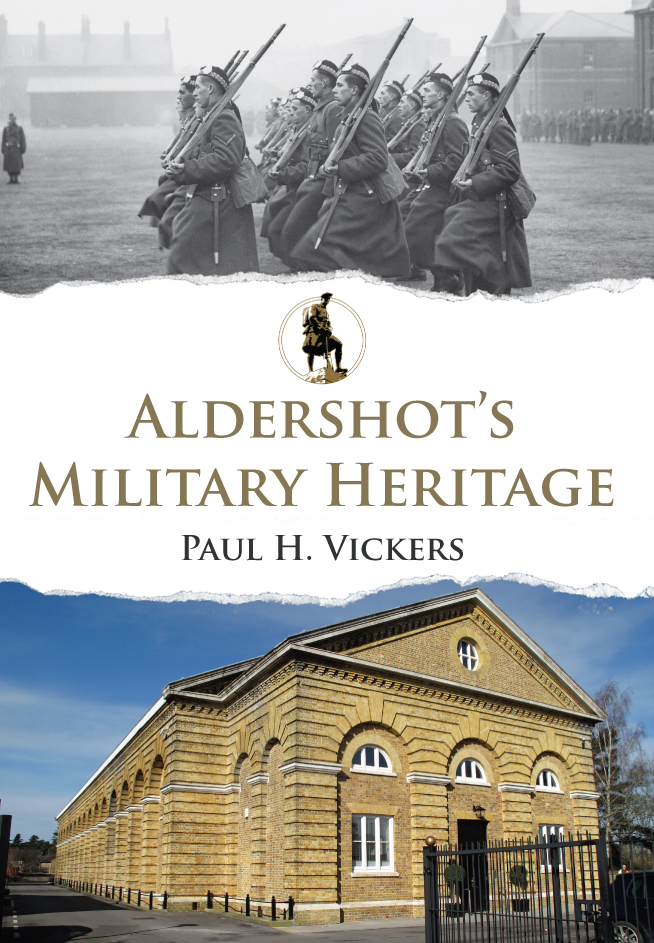