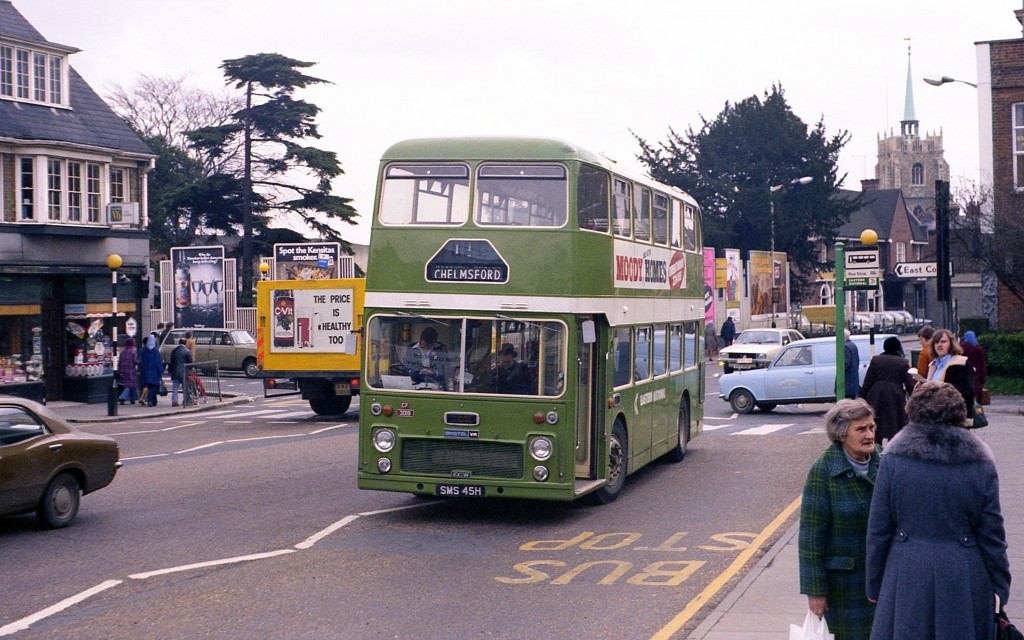 The modern bus industry is, to me, a foreign country where they do things differently. 'What on earth must it be like now?' is a question that occurs to me often as, dodging Big Issue sellers and drifting, inattentive pedestrians absorbed with their mobile phones, I observe the outlandish vehicles of today's bus operators, whose names are mostly unfamiliar to me. The vehicles themselves seem to look and sound all alike and their poor drivers, sitting in high-vis jackets behind vast expanses of windscreen glass, have a hangdog look.  I would guess that there is little of 'job satisfaction' to be had. 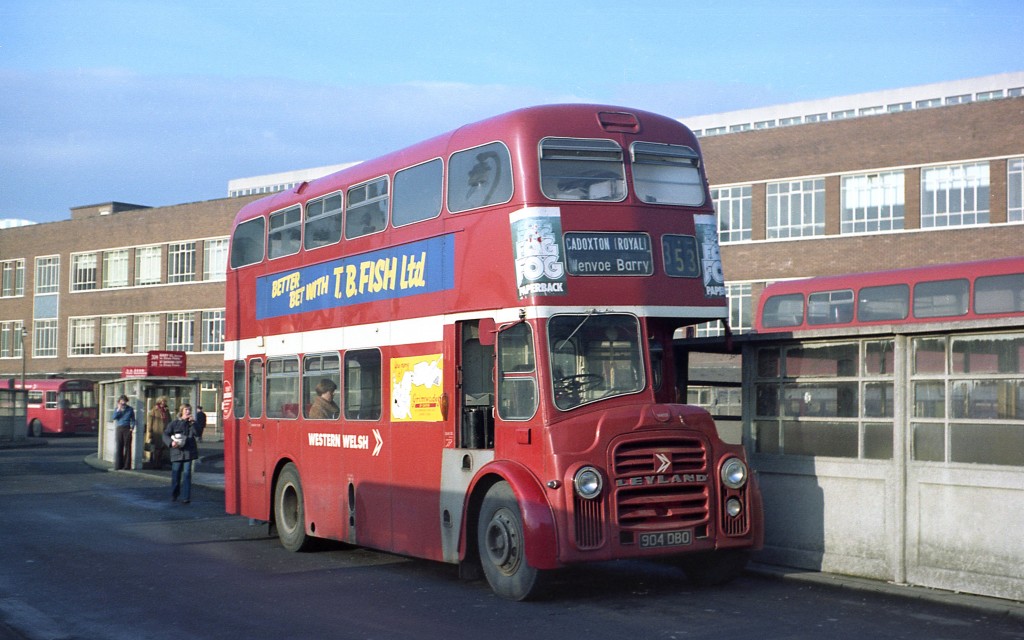 In standard poppy red, but with mudguards in what appears to be Western Welsh's pre-NBC colour, that company's no. H1563 (904 DBO) waits at its stand in Cardiff bus station on Riday 7 January 1977. (c. The National Bus Company, Amberley Publishing)[/caption]

The modern set-up really dates from 1986, when the state-owned part of the bus industry was dismantled, deregulated and sold piecemeal into private ownership. With hindsight one can see that preparations were being made from about 1980 onwards. My knowledge of the industry is out of date but good of its period, and that watershed year of 1980 fell at precisely the mid-way point of my twenty-year stint 'on the buses' – the first six as a conductor and the remainder as a driver. Until that date, although certain innovations – notably one-man operation – had crept in, the industry was still grounded in methods that could be traced back to the very earliest years of the motor-bus. Afterwards everything changed. 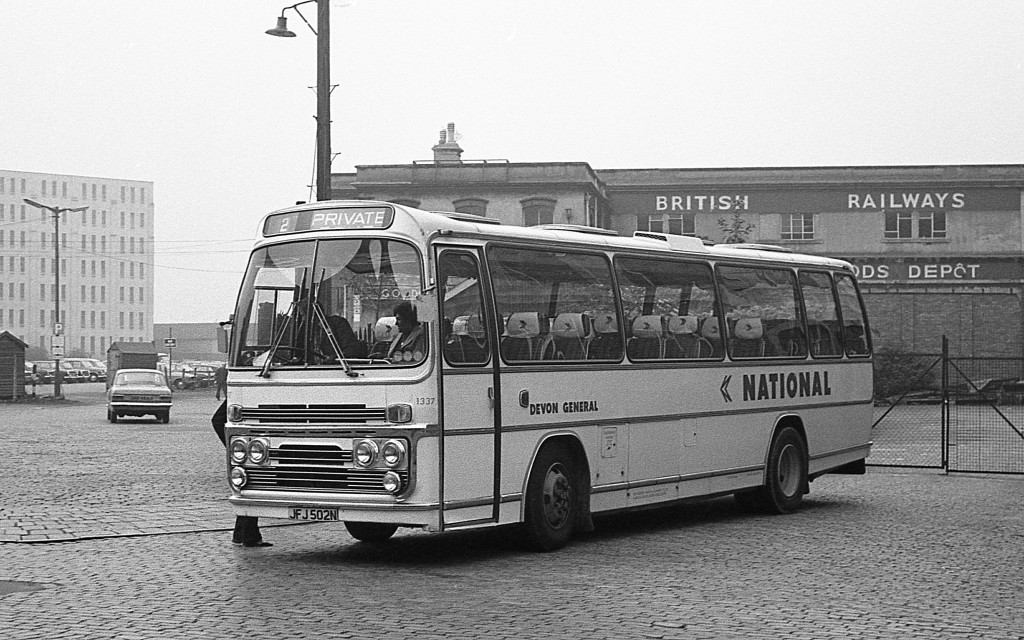 The National Bus Company had come into existence on 1st January 1969. It had a complicated gestation, but was essentially a merger of the Tilling and British Electric Traction groups under the Labour government of Harold Wilson and its Minister of Transport, the auburn-haired she-devil Barbara Castle. Early on there was a certain amount of 'rationalisation' and territorial redistribution as some of the lesser companies were merged and anomalous small subsidiaries were absorbed by their larger neighbours. The old company identities had disappeared as a standard livery, in its red or green variants, with a new lettering style and staff uniform had been established in the interest of 'corporate identity'. My book The National Bus Company: The Middle Years looks at the settled period that followed and takes us up to the eve of the great upheavals that followed in the first half of the eighties. These, the mature years of the NBC, afford us a poignant backwards glance at the 'old days' of the industry, or at least the state-owned part of it, when there was still a substantial amount of two-man 'crew' operation and alongside new, standardised, types – notably the Leyland National – older buses of Tilling and BET provenance were still a familiar sight. Viewed from the present day, through the wrong end of a telescope, it seems a golden age of variety and interest.

The former Tilling fleets were overwhelmingly of Bristol-ECW manufacture; BET, largely the legatee of tram and trolleybus operators in the more urbanised parts of the country, had more varied fleets dominated by Leyland and AEC chassis. There was a score of body builders from which to choose, and operators often felt bound by a duty to patronise the local firm. The innumerable permutations of chassis, body, engine and company spec made the study of buses endlessly fascinating. Almost all these home-grown builders have disappeared in the years since and with them much of the appeal of the subject. I hope the book will provide an enjoyable nostalgia fix to those who remember the period and give younger readers a savour of that most tantalising era, the one that immediately preceded your own. 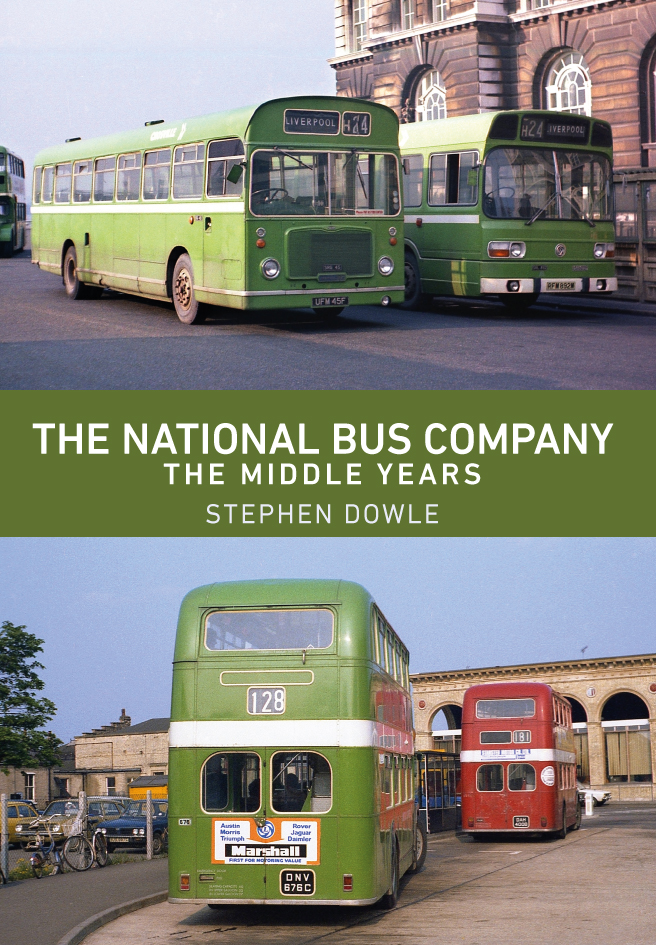