The Servants' Story by Pamela Sambrook

There were several reasons why I wrote my new book on the servants of Trentham Hall, Staffordshire, the country home of the Dukes of Sutherland. In the early 19th century they were reputed to be the richest non-royal family in England and the largest private landowners in the UK, thanks to their huge land holdings in Scotland. But this is not what attracted me to them. Trentham itself is now only a ruin set in a beautiful landscape and garden, home to a bustling shopping centre. What draws a historian’s interest, however, is the huge family archive which survives in public ownership in the Stafford Record Office. This contains a wide range of records, including a large collection of letters between agents about servants. Surely, I thought, there is enough there to enable research into the people who worked for the family, and in particular enough to let us see them as real individuals, not just caricatures or fictitious representations on television. 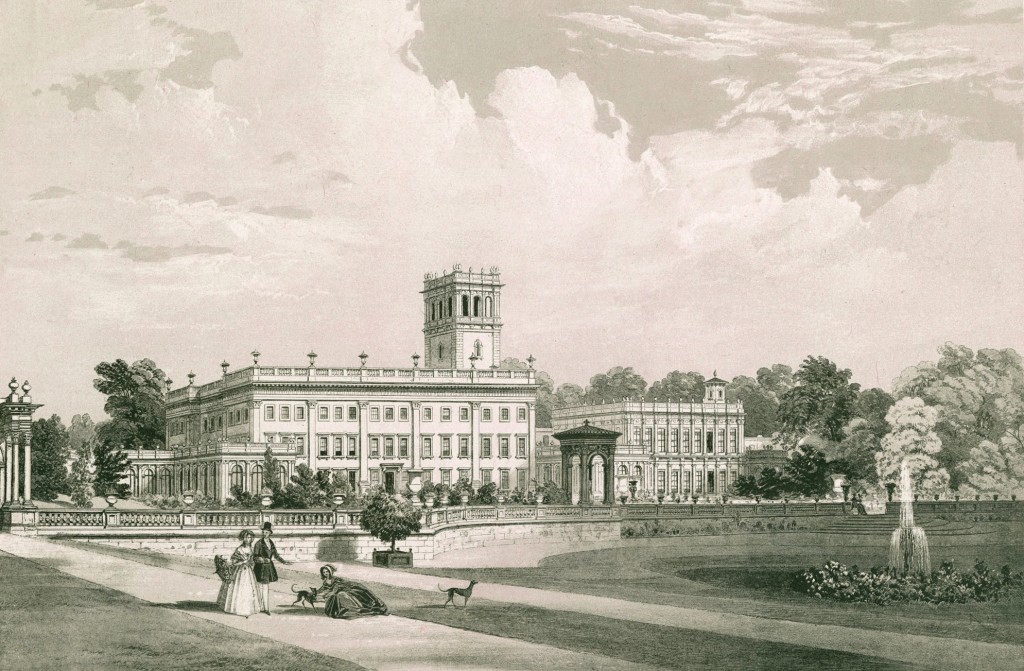 Trentham Hall, Staffordshire, in the mid-ninteenth century, after the rebuildings by Sir Charles Barry. (The Servants' Story, Amberley Publishing)[/caption]

I was right! Helped by a good friend of mine, Linda Barton, it has taken the best part of five years to piece together mini biographies of a number of servants. Some of them have their family origins in Staffordshire. One of these was the Penson family, who provided men and women as both indoor and outdoor staff to work for the Sutherlands for at least 200 years. Some of them were highly successful, some had terrible stories to tell. One who experienced both was Mary Penson. She was born in the rural heart of Staffordshire in the hamlet of Standon, a member of the Wrights, another of the long-serving families of Trentham. In 1822 she was just twenty-one when she married Thomas Penson, a quarryman on the estate. In August of the following year she gave birth to a daughter, Frances, who tragically died before she could be baptised. Almost exactly one month later Mary buried her young husband, killed in an accident in the estate quarry. Widowed so young, Mary inevitably fell back on family tradition and went into service. After a couple of years she was set on by the Sutherland family as a children’s nurse, later became the nanny and eventually, in 1847 was taken over by the Duchess of Sutherland as her personal lady’s maid. She became close to the Duchess, accompanying her on her many travels both in the UK and on the continent. It was on one of these journeys that Mary was taken ill. The whole holiday was abandoned, Mary brought back to London, but after a short while the family had to announce that their ‘dear old friend Penson’ was dead. She was buried in the quiet country churchyard at Standon, in a tomb provided by the Sutherlands, for whom she had worked for forty years.

By contrast many of the Sutherland servants were recruited in London, some from exotic foreign countries. One such was known as Zenon Vantini, described as an Italian, who in 1833 took the post of house steward to the family. No doubt his knowledge of a variety of European countries made him both attractive and useful to the Sutherlands, but the correspondence in the archive shows that he never really fitted into the household. He did not get on with the Duke’s private secretary, a powerful and discreet figure whose letters have a careful, measured tone in great contrast to those of the excited, emotional Vantini. Over a period of ten years they were constantly at war, mainly over the household accounts, usually under the same roof as each other in London or Trentham, sometimes on the family travels through Europe. 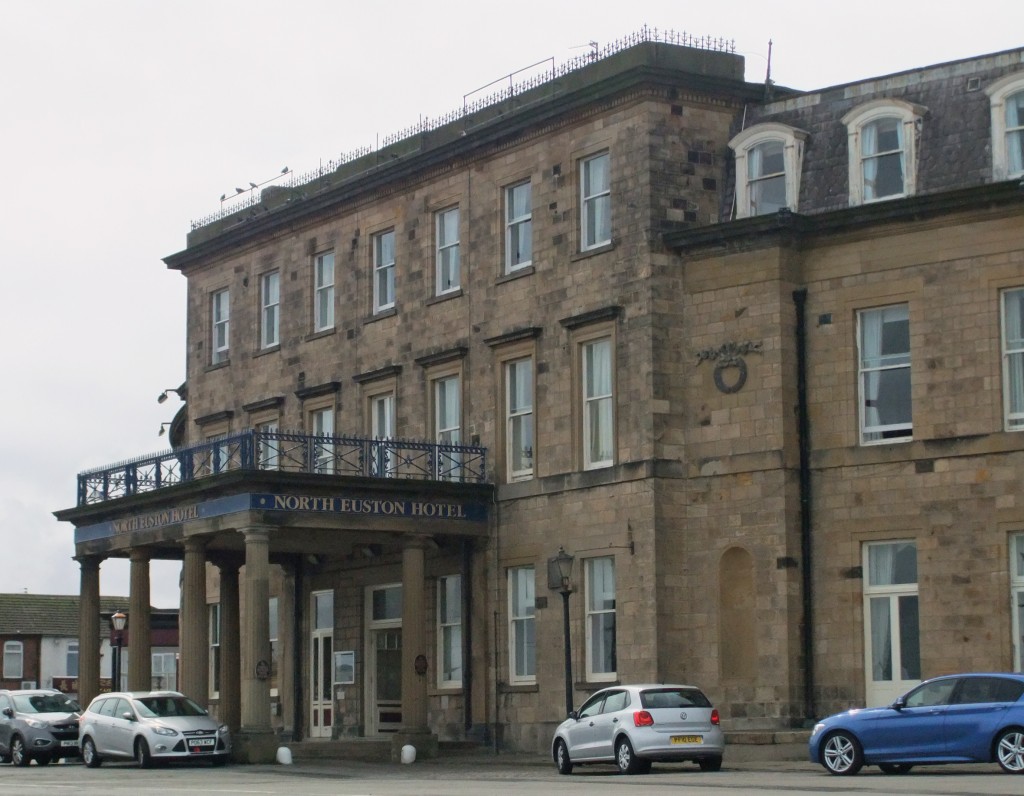 Vantini eventually made his escape from this unfortunate situation in 1841, investing in the newly built Euston hotel, where he installed his wife and eldest daughter as managers while he went north to help set up another huge hotel at the other end of the railway going north-west, the North Euston Hotel at Fleetwood. Although this last was not a success for the Vantini family, Zenon went on to found other hotels, at Folkestone and Paris. He also founded and ran the first refreshment rooms attached to a number of railway stations including Manchester and seems to have been the first to organise an all-in package holiday to Paris and the battlefield of Waterloo, several years before the launch of similar holidays by Thomas Cook. 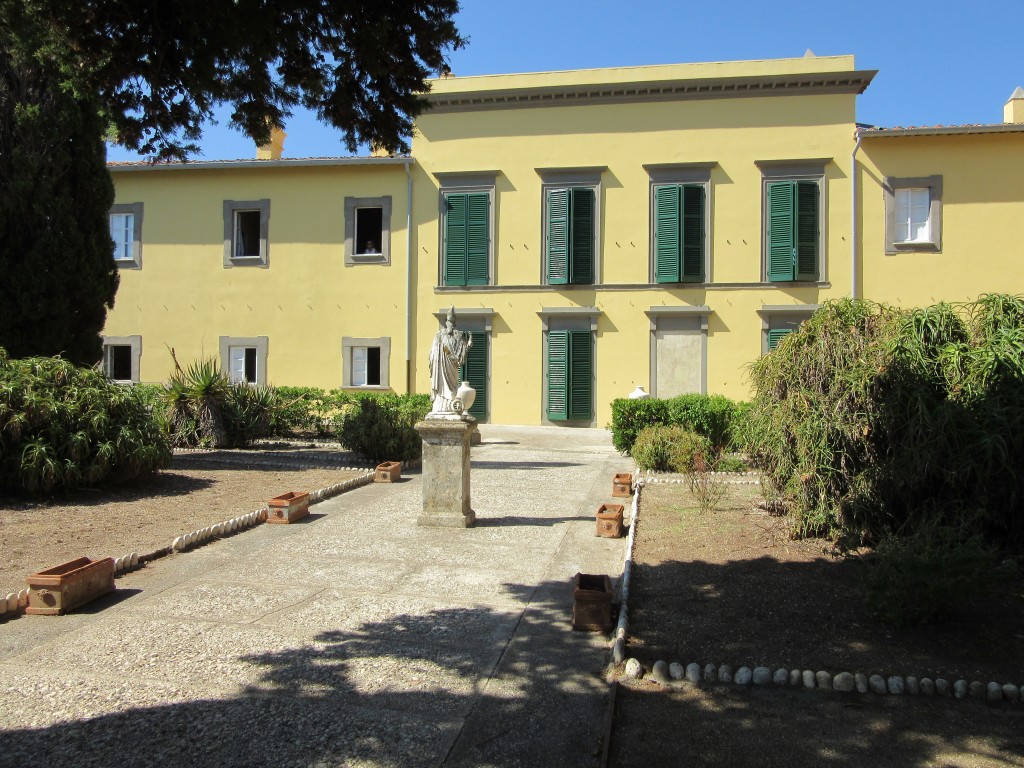 All the time Linda and myself were picking our way carefully through this research we were intrigued by the problem of Vantini’s early life. Where did he learn his skills at running such a sophisticated household to the standards expected by the Sutherlands? There was just one clue, something Vantini had let drop during his stay in Fleetwood – as a young man he had been associated with the household of Napoleon! Neither of us really believed this – he was good at telling jokes was Vantini – but imagine our amazement when, through family history sources, we found this to be true. He was in fact born on Elba, brought up as a page by Napoleon’s sister’s household in Tuscany, and returned to Elba when Napoleon landed as an exile. He became one of the emperor’s couriers, accompanying him on his tours of the island and walking with him along the shore. He even played a part in Napoleon’s escape from Elba. What happened thereafter to the young Vantini, still only in his late teens, is unknown until he turns up in various records in London in 1825.

Vantini’s career both before and after the Sutherlands is a complex story which I summarise in the Trentham book but which I am now following up in greater detail, to be published later. The story of both him and Mary Penson are just two of a number of narratives of the servants of Trentham which I have included. Individually they are intriguing, heart-wrenching, often frustrating, but together begin to sketch in some of the details of this amazing household. 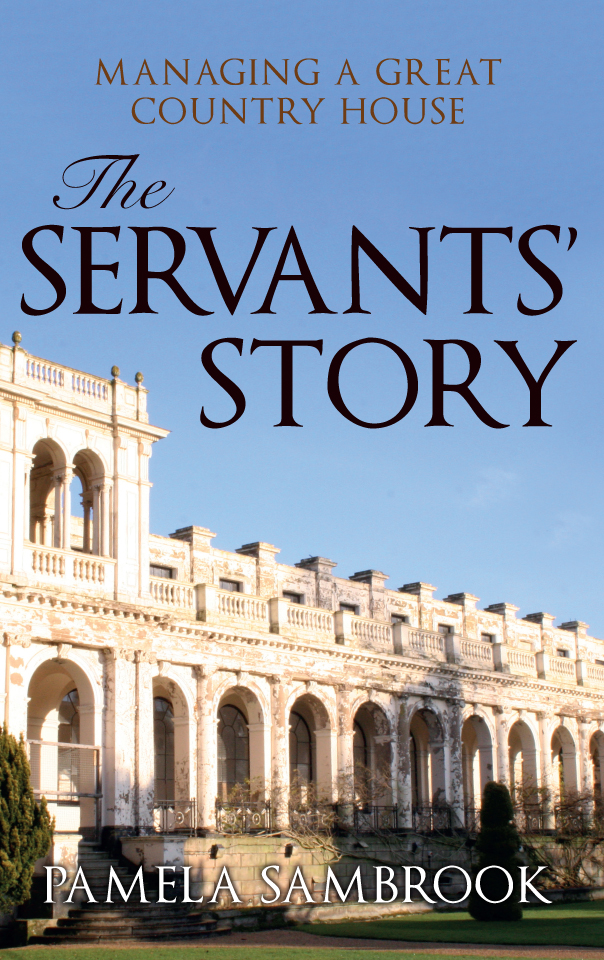